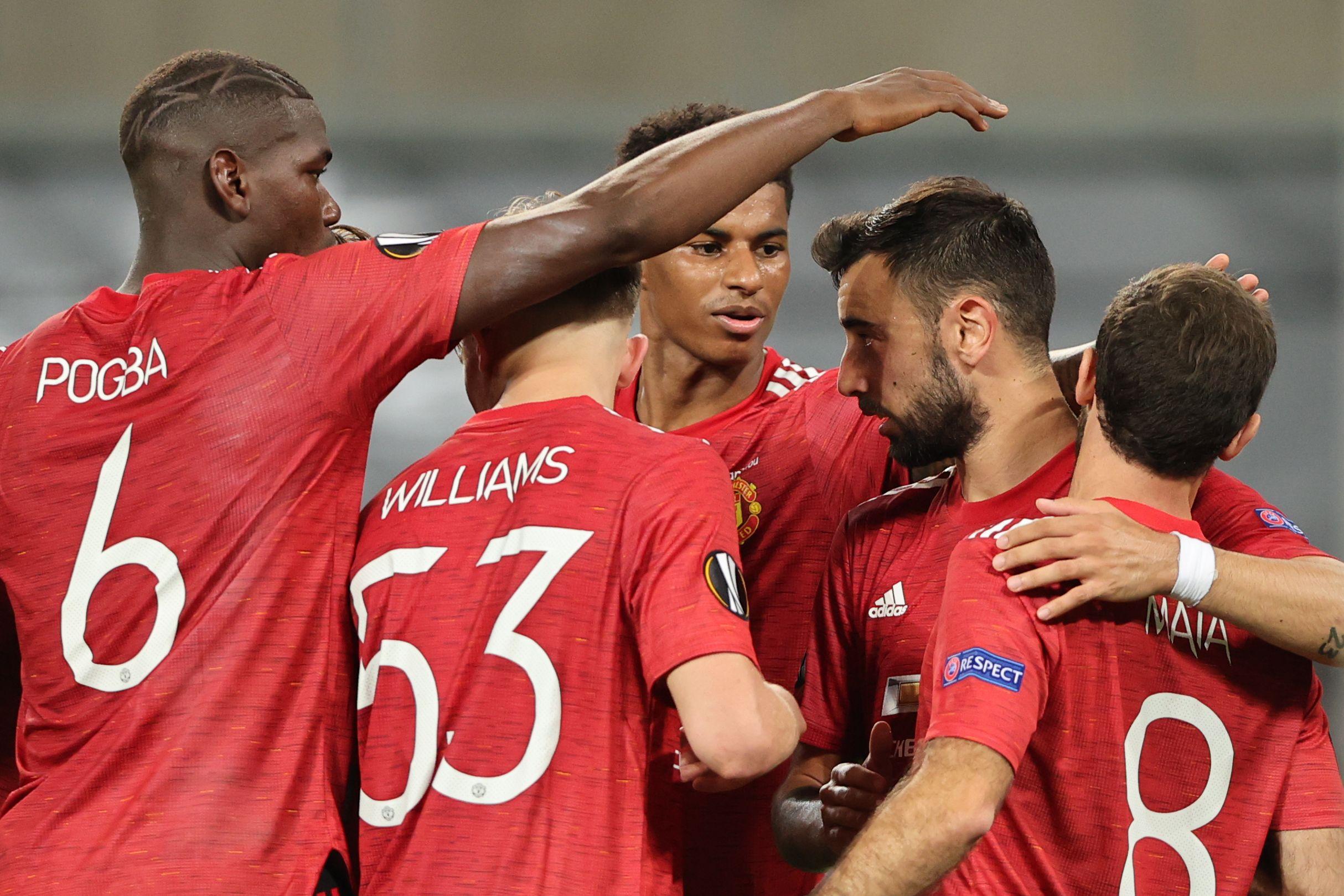 On what was a hot and clammy summer’s evening in Cologne, Manchester United secured a place in the Europa League semi-finals after successfully beating FC Copenhagen after extra time. In a night which was pre-dominated by the ongoing speculation surrounding the club’s pursuit of Borussia Dortmund star, Jadon Sancho, tonight was the perfect opportunity to distract supporters from what is turning out to be an ongoing saga. However, to say Ole Gunnar Solskjaer’s men were comfortable in their win, is far from the truth.

The deadlock was broken during the first half of extra time after Anthony Martial was brought down by Andreas Bjelland in the 18-yard box. Before the incident, Martial exquisitely danced through a majority of Copenhagen bodies, forcing an excellent save by the outstanding performer, Karl-Johan Johnsson, who made 13 saves in the game. Juan Mata then made an instant impact by threading the ball through to Martial, who was then subsequently fouled by the defender.

Bruno Fernandes confidently dispatched from the spot, meaning he has now been directly involved in 19 goals in just 21 (11 goals, 8 assists) appearances since his debut for the club. The Portuguese international continues to show the footballing world why he is becoming one of the world’s most exciting creative players in the game, frequently making opportunities for the club’s attacking forwards in the second half.

From the first 10 minutes, United’s front three of Marcus Rashford, Anthony Martial and Mason Greenwood looked to be the most likely sources of a goal threat for Ole Gunnar Solskjaer’s side. Strikingly, The Norwegian noted on the touchline that there was space available for his talented trio to get in behind Copenhagen’s stubborn defence.

Despite this, they received irregular touches of the ball during the first half, consequently due to United’s slow and sloppy ball possession. One of the main principles of Ole Gunnar Solskjaer’s philosophy is to play out from the back. However, when they are against a team who press, some of the defence look uncomfortable in possession.

The same has happened in the first 22 minutes. A drink break was massively needed. As the end of the first half drew to a close, Mason Greenwood beautifully caressed a finished into the bottom left side of the goal with his right foot, but saw it unfortunately ruled out by VAR for offside.

During the second half, United certainly upped their intensity and pressed on a frequent basis, an essential trait to Solskjaer’s philosophy. More opportunities were starting to happen, portraying the change in intensity from The Red Devils. Bruno Fernandes began to pick up more space in the middle of the park, which permitted Martial to receive more touches of the ball, thus becoming a bigger threat as the game progressed.

Numerously, United were unlucky to not break the deadlock after striking the post twice, courtesy of shots from Greenwood and Fernandes. As the game progressed, the men in red continuously tested out the goalkeeper, who repeatedly kept out United’s offensive players. Despite losing, you have to give a significant amount of credit to the defence of Copenhagen, who have kept their line well organized, getting bodies back when needed. It took until the first half of extra time for the club to break the deadlock, being a testament to the resilience of the Danish side.

Right from the start, it was clear from a visual perspective that Fred was playing as a deep defensive midfielder alongside Pogba and Fernandes. During the first five minutes, he pinged a beautiful ball into the far left of the 18-yard box towards Fernandes, who nodded it back into the danger zone for no one to capitalise on. This happened to be a common theme found in his game on the field. On numerous occasions, he tried to play the long ball over the top and was relatively successful in what he was trying to accomplish. He constantly tried to look forward and despite being dispossessed on the field in a few circumstances, he looked fluid in his role.

Eric Bailly made several interceptions in the first half, massively emphasising why United need a fast centre-back to partner Harry Maguire. The question about Bailly has always been about his fitness. Whether he can keep in shape for the whole season, remains to be seen.

Whilst we can commend the successfulness of the signing of Aaron Wan-Bissaka, his defensive abilities far outweigh his offensive characteristics. Time and time again, you would expect a full-back to bomb down the wings, offering support for his attacking partner, Mason Greenwood. However, he often cuts back in, passing into the centre of midfield instead of taking a risk and crossing a ball into the box. In the 88th minute, he had the opportunity to cut it back for Fernandes to have a shot on goal, but instead fired it across the 18-yard box where no player was found, foreshadowing the issue. It is clear that this is an area of his game where improvement is needed.

United were dominant in major periods and had many opportunities to win the game but unfortunately, the goalkeeper and post were in front of their efforts. The lack of offensive substitutions shows why Solskjaer doesn’t trust his bench and why the club desperately need reinforcements like Jadon Sancho. There is no doubt that attention will now turn to this ongoing transfer saga.

Whether Ed Woodward and the Manchester United board deliver what Ole Gunnar Solskjaer wants is a story for another day. Solskjaer will be pleased his side have progressed through to their third semi-final of the season.