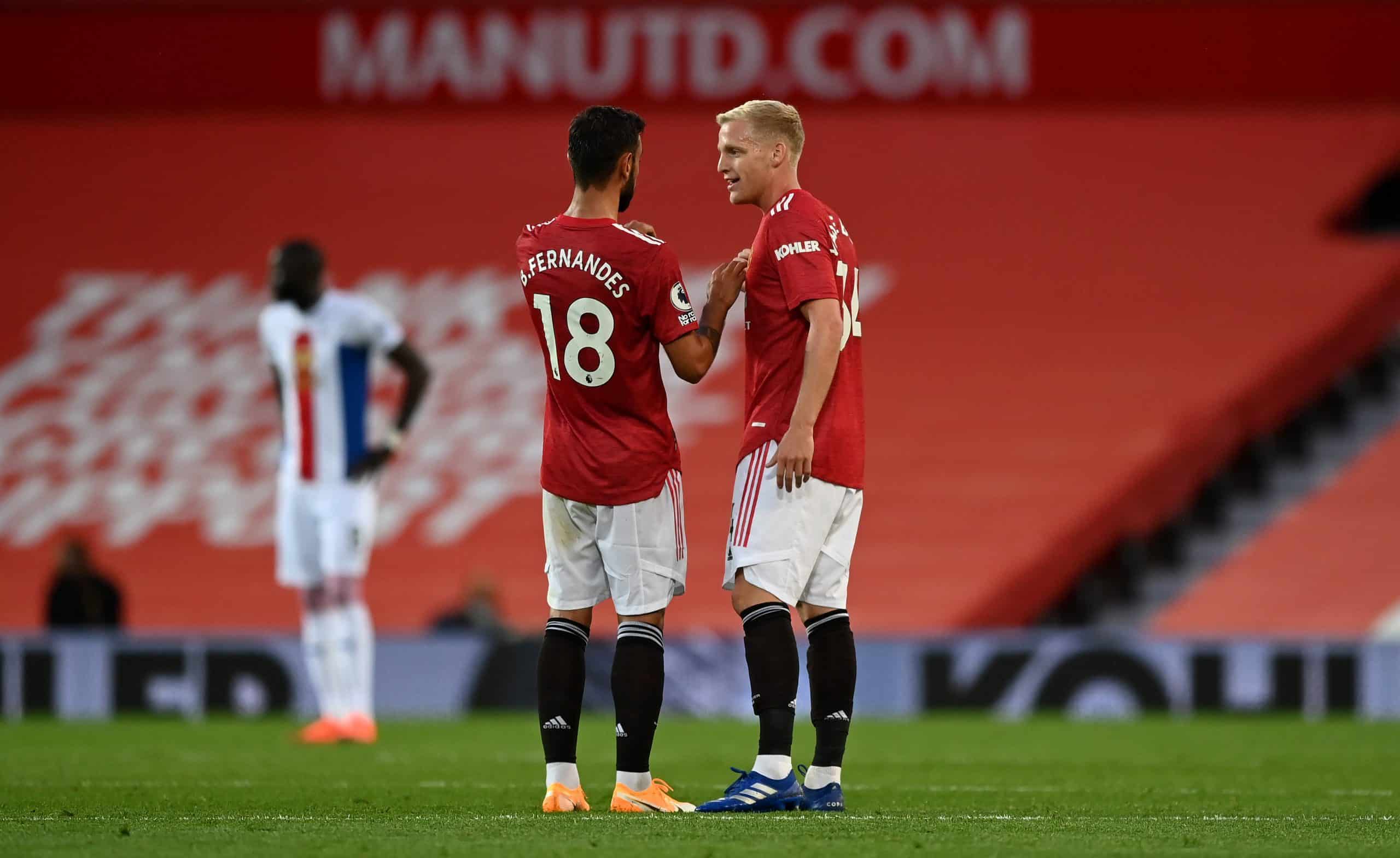 The manager set out three positions for Manchester United to strengthen in the market – a right-winer, a centre-back and a fresh face in the middle of the park. The latter, in particular, sparked up the race for a specific profile, with Solskjaer demanding a progressive central figure.

Jack Grealish and James Maddison dominated all the transfer talk during the opening stages of summer, but Premier League market prices deterred United’s interest. Instead, Donny van de Beek was brought in for a shrewd £40 million, with the new arrival ticking all of Ole’s boxes.

The Dutchman gained a reputation in Holland for his ability to drift in-between the lines, roaming around the final third and making direct runs into the box. He hit double digits in his final 3 seasons for Ajax, as the 23-year-old flourished in an attacking set-up, predominantly operating down either channel of a midfield three.

Such traits were at the top of Solskjaer’s demands from a midfielder, with the Norwegian demanding such attacking intent from his forward players. Upon Van de Beek’s arrival, the manager publicly pointed out his ‘ability to see space’ and praised how he ‘times his movements’.

This style of play has seen the 23-year-old earn the label of a box-to-box midfielder, with his runs from deep being noted for causing opponents all sorts of havoc, most particularly in the Champions League.

During his first interview as a United player, the Dutchman explained why Ole brought him to the club, claiming that he wants to be seen in and around the 16 yard box. Such movement will compliment the likes of Paul Pogba and Bruno Fernandes, two players that like dropping deep to see the ball, allowing their fellow frontmen to push forward.

We have seen the attacking trio of Anthony Martial, Mason Greenwood and Marcus Rashford benefit from the midfield generals’ dictating of the tempo, as they are able to hold a higher positional play further up the field. Van de Beek will also be able to exploit such space, by drifting into those pockets of half-space.

During his debut for the club, it didn’t take long for the Dutchman to do exactly that. To be precise, 13 minutes. As Cheikhou Kouyaté failed to clear the ball inside the box, the midfielder pounced and tucked the ball into the bottom left corner. A touch of luck played its part in the initial clearance, but there was nothing lucky about Van de Beek’s willingness to get into a goalscoring position.

His positivity resulted in a goal, and it was refreshing to see a midfielder drive into the box and be rewarded for such a gamble. It drew resemblance to Bruno, whose arrival in January quickly injected some new energy into the middle of the park.

As the above graphic showcases, via WhoScored, Van de Beek was keen to get on the ball in and around the 18-yard-line. He touched the ball four times inside Crystal Palace’s box – more times than Fernandes and Rashford.

It was no doubt a disappointing afternoon for the Red Devils, with the Dutchman serving as the only positive on the day. Moving forward, his presence will be felt in the middle, particularly if he continue to showcase this attacking mentality.

As Solskjaer has shown through his recruits as United manager – he certainly knows what his XI needs. From first glimpse, Van de Beek will prove to be a coup for this side.