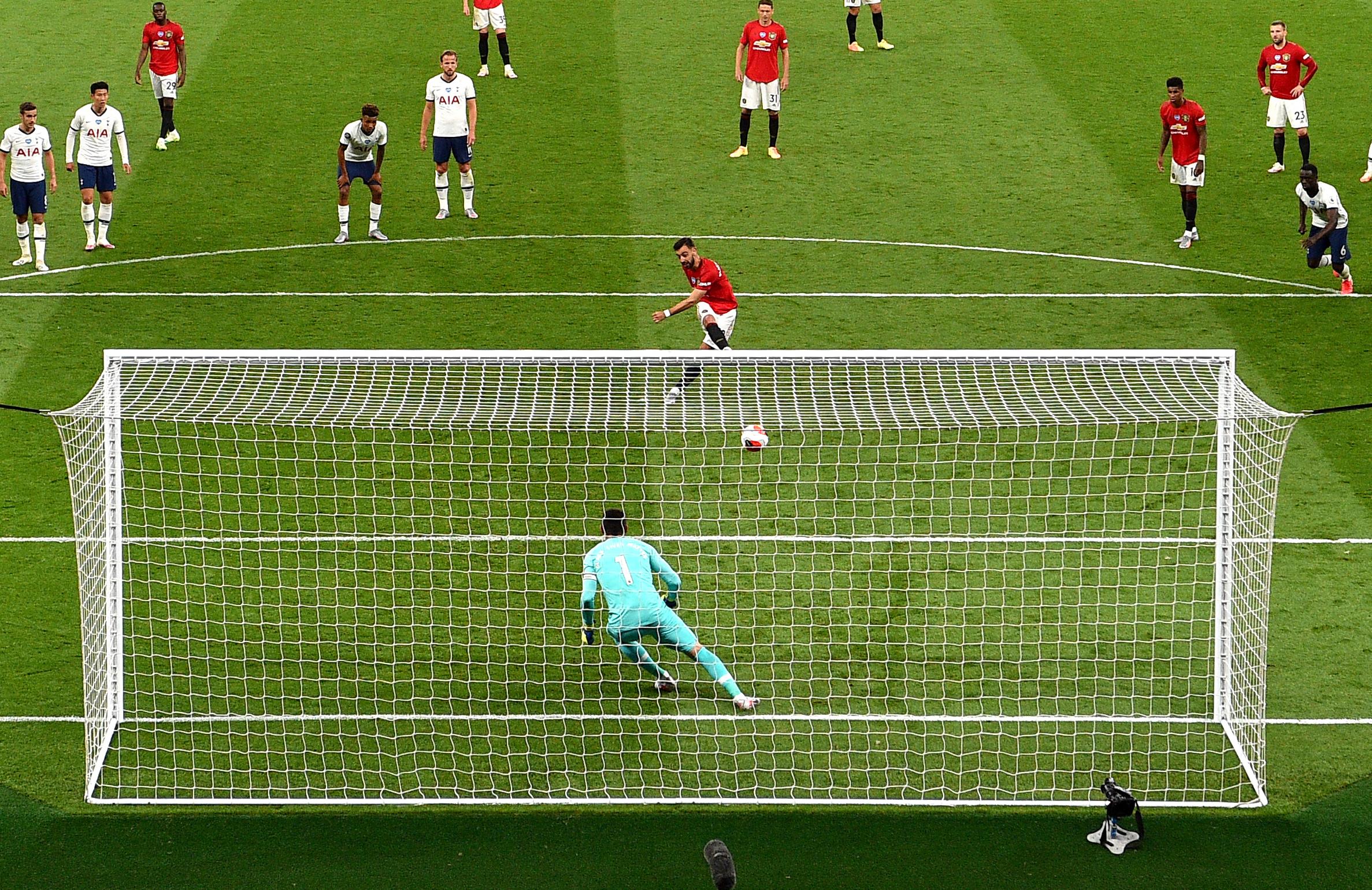 Bruno Fernandes’ transfer from Sporting CP to Manchester United early this year has been seen by many as the catalyst for the team’s improvement. Fernandes joined a United side who had not won three league games consecutively in over a year, dating back to Ole Gunnar Solskjær’s first three games in charge of the club as caretaker manager.

The Portuguese international was unbeaten in the league with United up until the opening game of the 2020/21 season and the midfielder won Player of the Year, as voted by the fans.

Fernandes scored 12 goals in debut season for the club, despite featuring just for half of it. Four of them were penalties in a season where United were awarded a record 14 penalties in a Premier League season. It drew a lot attention and criticism was expected.

“We can’t talk a lot about penalties because everybody will say ‘Bruno only scores with penalties’. If the others score them, it’s no problem,” Fernandes told United Review

“I know everyone is talking about them [penalties] like it’s easy but you can lose a final with a penalty. Manchester United wins the Champions League in Moscow with penalties. For most people, it’s easy when you’re in front of the TV.”

“Rashy (Rashford) was the guy who took the penalties so I tell him ‘When you feel confident, if you want to take the penalty, for me, it is not a problem.’ I will not fight.”

“I feel confident with penalties and I want to take them but, if someone comes to me to ask to take a penalty, I will not fight every time — in that moment, I can be tired or not prepared to take a penalty and I can say easily: ‘You take it’.”

Fernandes remains United’s first-choice penalty takes but Solskjær has many options – Paul Pogba was the man he trusted from 12 yards during his caretaker-stint whilst Marcus Rashford was the preferred choice before Fernandes arrived.