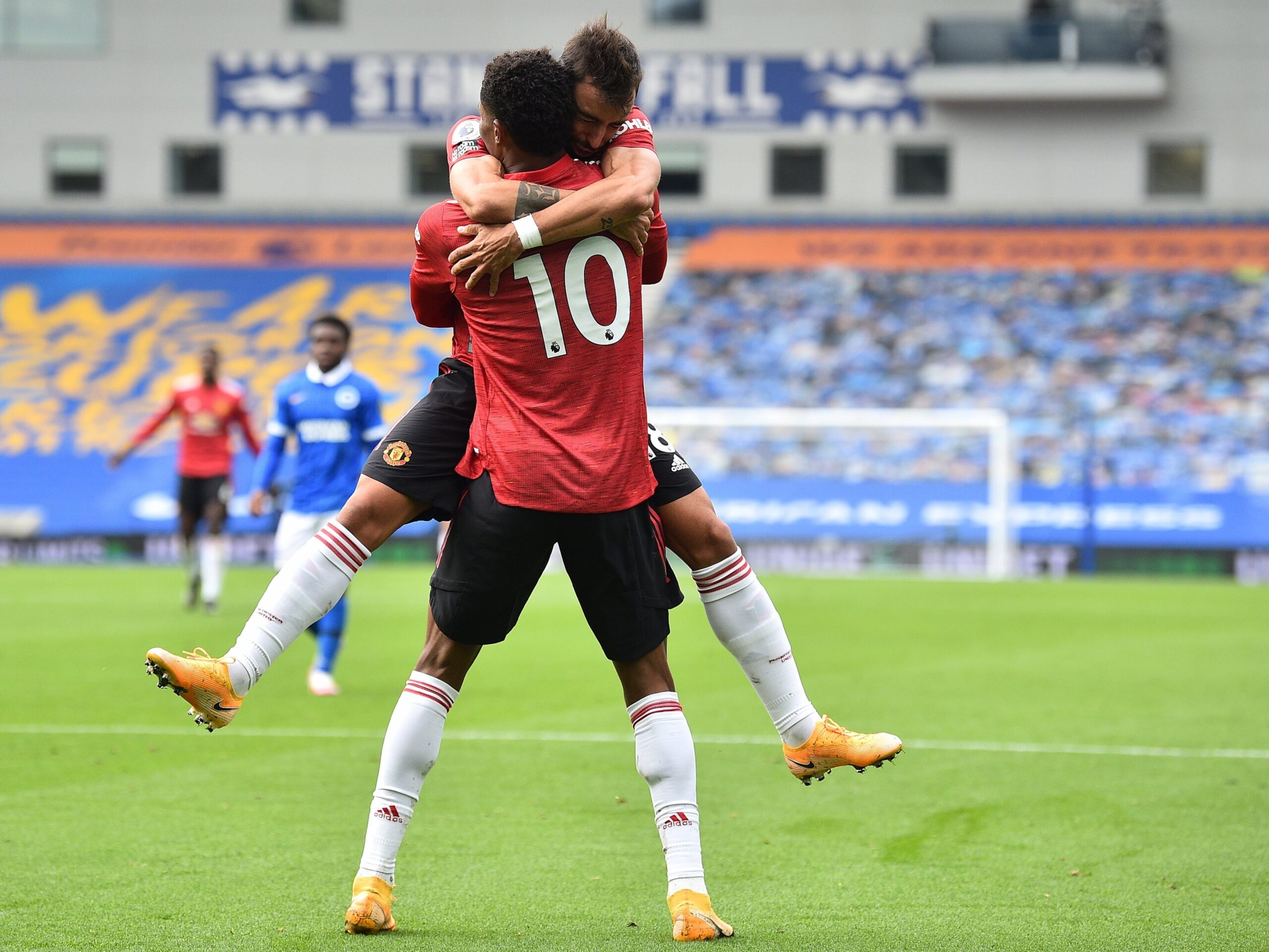 The slow start to Manchester United’s 2020/21 season continued on Saturday morning, but Ole Gunnar Solskjær’s side were able to just squeeze over the line at the death with a dramatic 3-2 victory away to Brighton.

Historically, particularly recently, United’s trips to the Amex have not been a piece of cake. A chilly weekend opener to this week’s fixtures too was more of the same.

“We got away with one to be fair,” Solskjær said with relief shortly after the game concluded. “After they equalized I thought that was two points lost, but the character they showed after going down and conceding the equalizer deserved more.

“That’s a big thing for us. Last season, we had too many draws. So getting the win today is a big plus for us.”

Brighton were stubborn, well drilled and adventurous and caused the Reds a number of problems. The hosts went ahead early and then equalized very late on — either side of a goal from Marcus Rashford and a Lewis Dunk own goal — but somehow, someway, United managed to scrape the full prize.

United put on a display that looked eerily similar to the subpar performance against Crystal Palace last week. Flat and uninspired, the visitors were kept in the game by the watchful eyes of the woodwork protecting David De Gea.

“We left so much space for them to play in,” said Bruno Fernandes when reflecting on the match with BT. “We are not as aggressive, we gave away two goals. We have to do much better.

“They did very well, but maybe because we are not aggressive enough. We need to recover more balls, press better, lose less possession.”

Solskjaer’s reflection of United being saved by the woodwork on five occasions was a tad bit more humorous than that of United’s No. 18.

“First of all, we have to be thankful that Jose (Mourinho) isn’t here to measure the goalposts, otherwise we’d have been in trouble,” Solskjær said, referring to Mourinho’s recent Europa League theatrics with Tottenham Hotspur.

Though there were also signs of promise at the beginning of the second half as United looked sharper en route to a 2-1 lead, the all around performances left a lot to be desired for.

But in truly typical United fashion, Solskjær’s side secured the win via a spot kick that was given after referee Chris Kavanagh sounded the full time whistle. A sloppy handball from Neal Maupay following United’s Hail Mary attempt to salvage a victory put the ball on the spot and Bruno Fernandes, as per, made no mistake.

Looking at the bigger picture, the three points were more important than anything on Saturday. But moving forward and with fixtures set to gradually increase in difficulty, United need to shake off the cobwebs and hit the levels that they were at during last season’s crucial league run in.