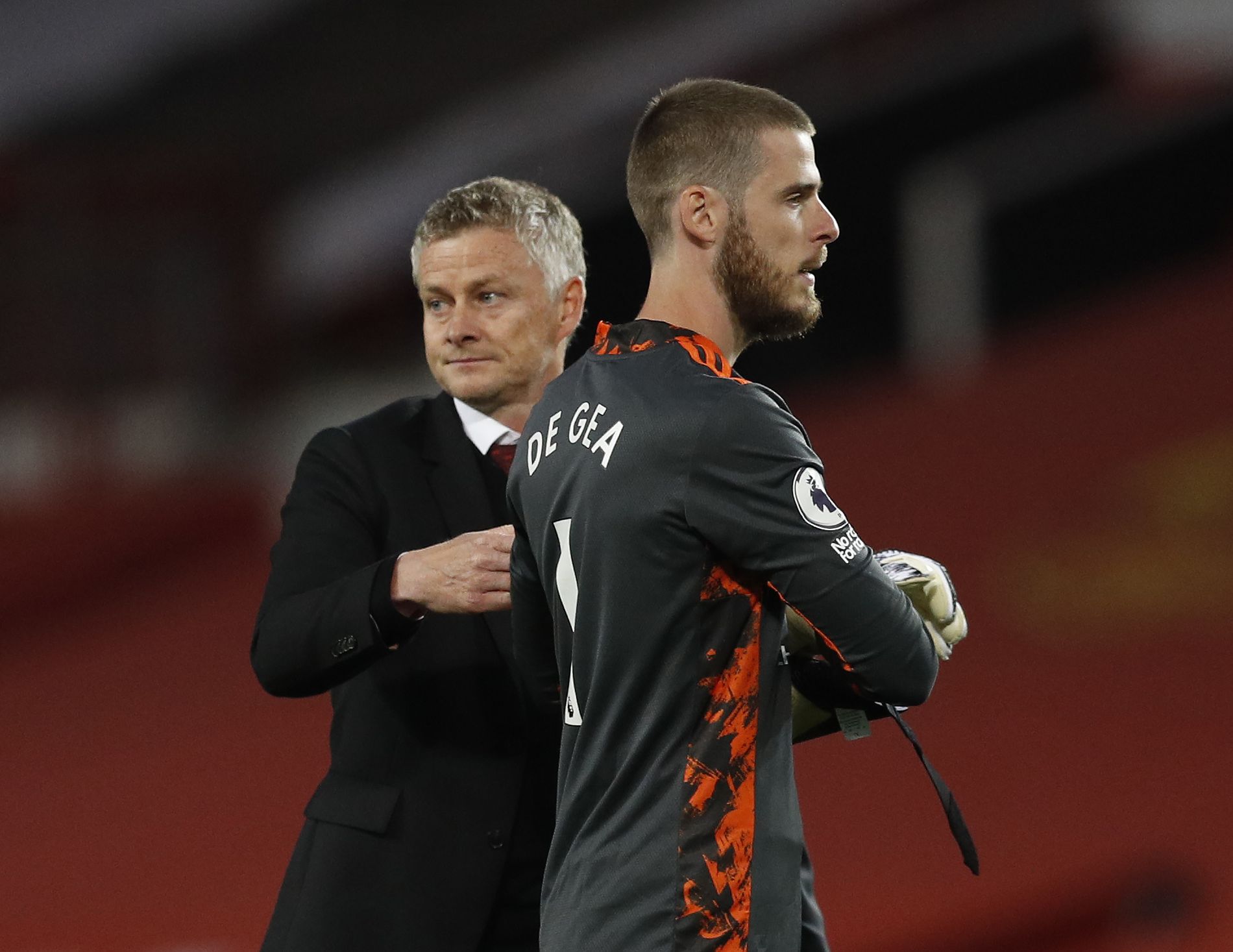 Manchester United’s number one David de Gea has claimed that the Premier League’s rule which states goalkeepers must be on their goal line for penalties is unfair.

Speaking to BT Sport ahead of their coverage of the Red Devils’ Premier League bout with Brighton & Hove Albion tomorrow, he discussed his feelings towards the rule.

“I understand why this new rule for the penalties has been implemented.

“But it was already so difficult to save a penalty even with the option to lean forward. Now we are even more limited.”

The fact Zaha was able to have the retake instead of Ayew also bemused de Gea, something he believes benefits the side taking the penalty.

“If the person who has taken the penalty misses, I don’t understand why they should be able to swap the penalty taker,” he added.

“You are taking the pressure away from the player who took and missed the first time.

“If you offer the chance to someone else to take the penalty then he will not have the same pressure as the one who took the first one.

“I think it is a little unfair.”

de Gea was rested for Dean Henderson’s debut in midweek and should return between the posts tomorrow at the AMEX, kicking-off at 12:30.

Also asked about his place as the club’s first choice goalkeeper, he revealed that manager Ole Gunnar Solskjær told him that he was still no. 1.

“I have been here many years now. I have a lot of experience and I think I have been at a very good level for a long time now.

“I have the confidence of the gaffer, the club and my teammates.”

de Gea also doesn’t look as if he’s contemplating a move away any time soon, stating: “I am happy to be here and I am looking forward to more years here.

“Hopefully, good things will happen to this club like trophies and I hope I can remain the number one here for a long time.”