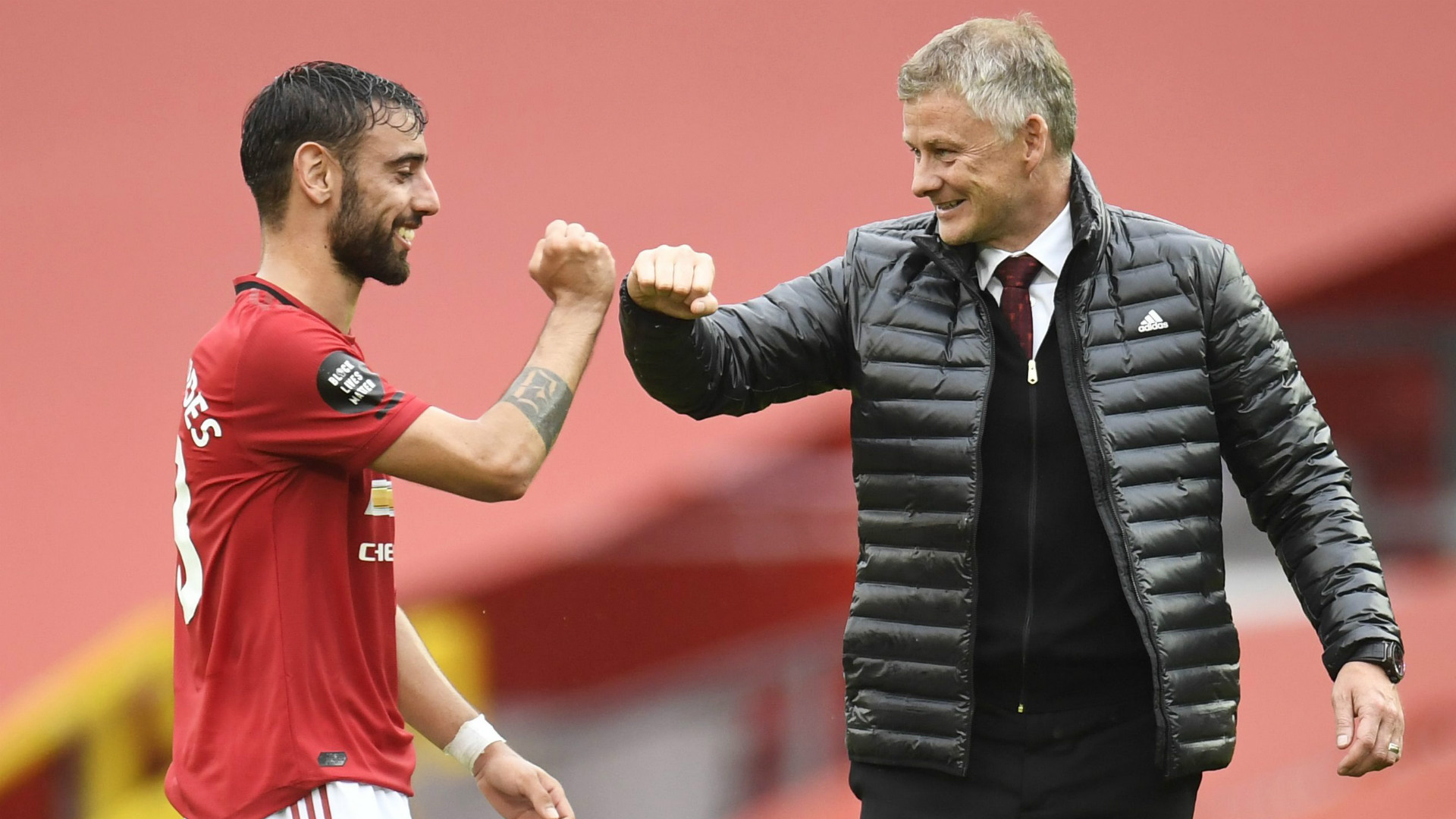 Bruno Fernandes has rebuffed claims of a row with manager Ole Gunnar Solskjær at half-time in United’s defeat to Tottenham almost two weeks ago.

The midfielder was substituted at half-time against Tottenham and there have been reports of the midfielder voicing his frustration during the interval, prompting speculation that his substitution was all but tactical.

Fernandes has denied these rumours in an interview with Sport TV, via A Bola & Goal.

“There’s been a lot of speculation about that,” Fernandes said.

“I believe it is a way to destabilize the group. What was said is in no way true.

“I was replaced at half-time, it is true, by technical option. The coach told me that the game was almost over and that we would have a lot of games ahead of us. Got it. I was not satisfied but said nothing that could harm the group.

“Do not use my name, my colleagues or the coach to make trouble at Manchester United,” Bruno continued. “The atmosphere is good and the team is ready to give an answer in the next game.”