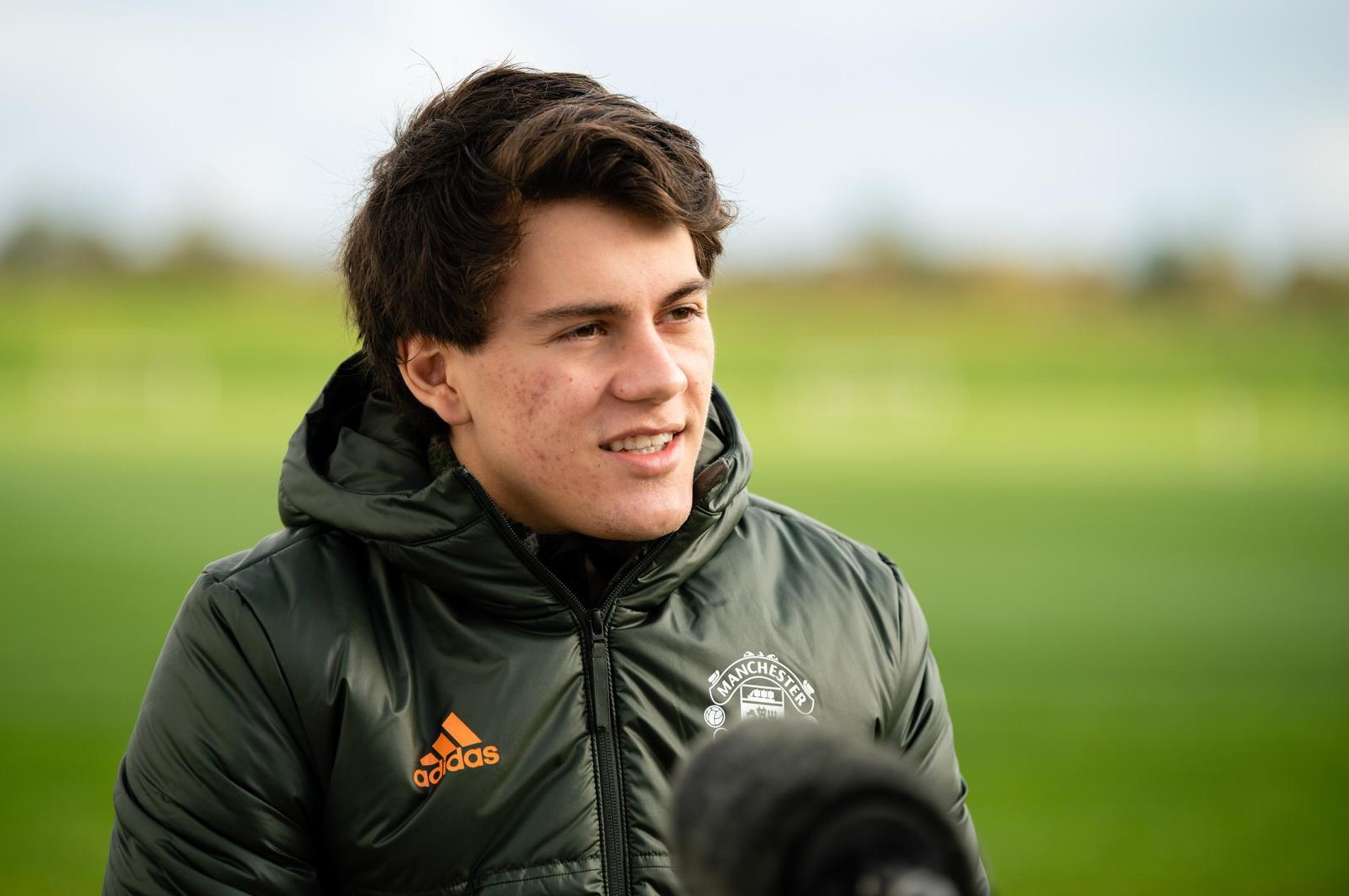 New signing Facundo Pellistri joined up with his Manchester United team-mates for the first time on Thursday. The 18-year-old’s life has certainly drastically changed over the last month, having arrived at the club on transfer deadline day.

The teenager is just one of four Uruguayan players to represent the Red Devils – with another being fellow signing Edinson Cavani.

No doubt the most famous, and a national hero for the South Americans, is Diego Forlan. The former United striker is the current manager of Penarol, where Pellistri has arrived from.

Speaking about his former coach (via manutd.com), the new arrival has spoken about the positive influence that Forlan has had on himself: “Diego was very important in my career, he was my coach. He advised me a lot. We all know how Diego was as a player, but he’s a very good person too.

“It’s unbelievable and fantastic to hear such comments from the players they were, and are. Cavani is going to be a team-mate of mine. So I’m very glad and happy to hear those comments.”

Ole Gunnar Solskjaer and co will no doubt have spoken to Forlan about the young talent, before deciding to invest in the winger. Despite his age though, it has been reported that Pellistri will be integrated into the first-team squad straight away.

It will be a challenge, but one the player is clearly relishing. He continued to say: “[I’m] very excited, because the Premier League is one of the best leagues in the world. To play in that league is fantastic. When you are a kid, you don’t imagine [playing in the Champions League], but now it’s real. I’m very happy for this opportunity.

“I want to improve, for example, in shooting, passing the ball. All those things that make you better on the pitch.

“There are lots of people in charge of you to help. I think that I should learn from my team-mates and the coach, because it’s the first time I’m here in England. I will need help from them.”

His progression will no doubt be exciting to watch, and the opportunity could arise, for the youngster to make his mark in the first-team.

United next travel to Newcastle on Saturday evening – read all about the upcoming Premier League fixture here.