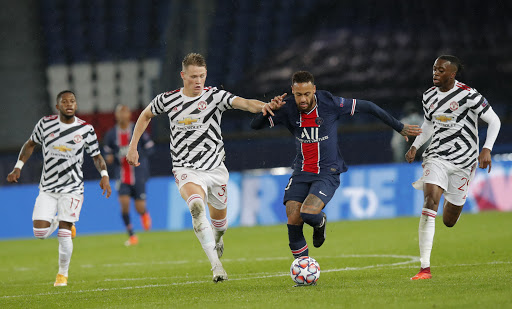 Scott McTominay admits he can’t take his place in the Manchester United team for granted.

The midfielder has started three of United’s last four games in all competitions but won’t become complacent.

“For me, it’s important to keep pushing every day in training,” McTominay told United Review, the official Manchester United matchday programme. “Kieran McKenna and Michael Carrick, the standards they demand from me, as an individual and as a group, are massive.

“You have to keep really trying to push forwards and create good moments for yourself in your career as, ultimately, that individual work you do will pay off collectively for the team and really push us to win trophies.”

The Scotland international has forged a good partnership with Fred in recent months but enjoys playing alongside any of United’s current midfielders.

“I feel like obviously, Fred is a terrific player but we’ve got Nemanja [Matic], we’ve got Paul [Pogba]. Phew, there are endless options in midfield really,” McTominay added. “We can play Bruno [Fernandes] in midfield. Donny [van de Beek] is a great lad and a brilliant football player.

“I’m sure, the way he is working in training and how hard he’s working, his time will definitely come to get more minutes on the pitch. I spoke to him a little bit and he’s a top kid.

“The way he applies himself every day, he is never late – always on time – and always trains to his absolute maximum. We have got a really, really good player and really good person there.

Van de Beek’s arrival has increased the competition for places at Old Trafford and McTominay believes that this has brought the best out of the squad.

“We have a big squad and the training has been intense,” the midfielder said. “Everybody is fighting for a place in the squad.

“Nobody is guaranteed to be anywhere at this football club. That is when you get the best out of your players.”

After beating RB Leipzig in the Champions League, United will return to domestic action against Arsenal on Sunday.

The two sides have enjoyed some brilliant battles over the years and McTominay enjoys the rivalry.

“I remember playing them when I was about 14 or 15,” McTominay said. “We used to go down to London to play Chelsea and Arsenal and they were always big, strong boys in that age group and really good teams.

“But, in terms of watching them, when I was around that age, the battles I used to watch were amazing. Patrick Vieira and Roy Keane – the classic stuff like that, was just amazing to watch. Football, for us, has changed a little bit since then.”