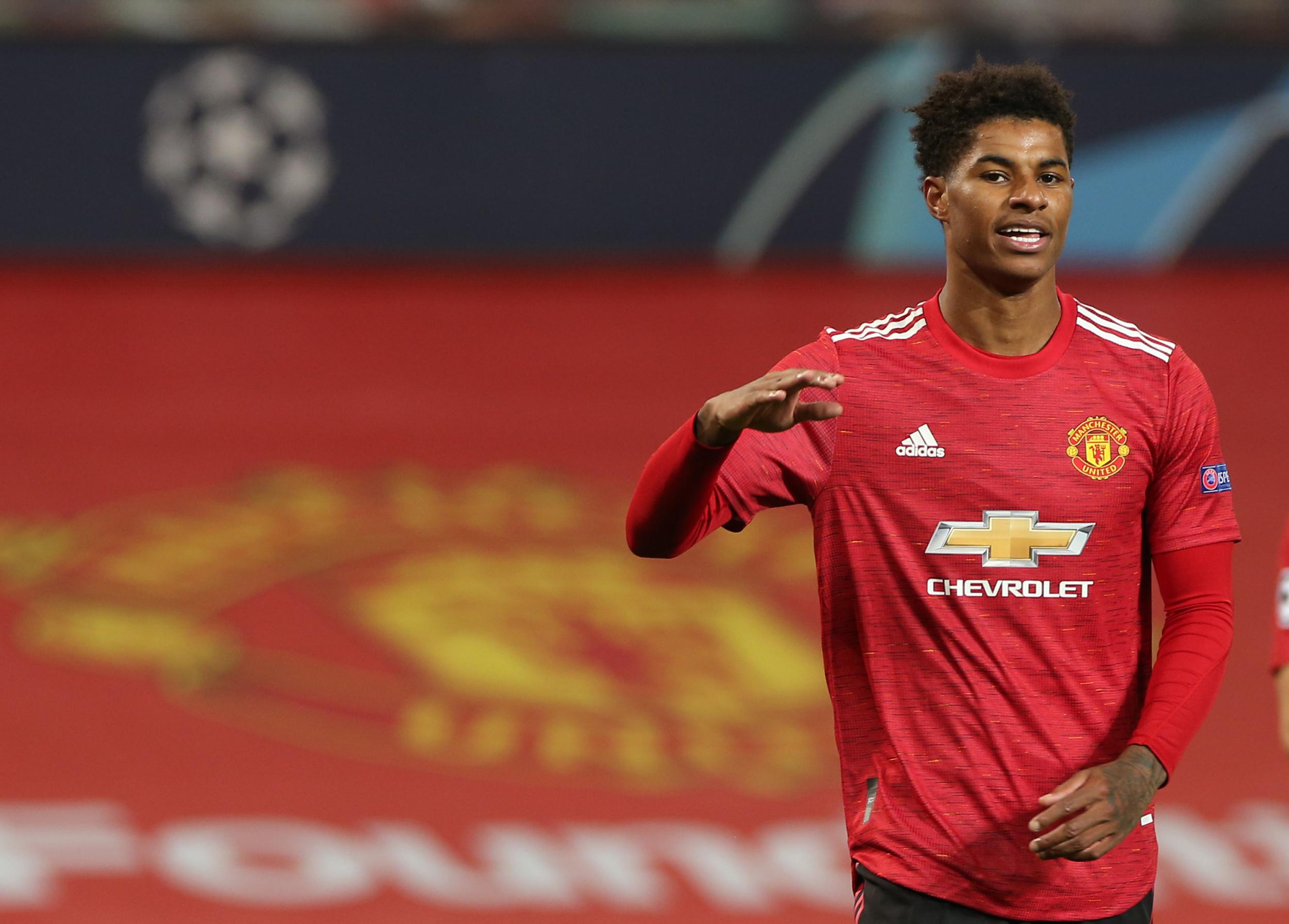 Marcus Rashford’s display against RB Leipzig in the Champions League this past Wednesday was nothing short of career-defining, even in his 27-minute cameo. The 22-year old went on to score a 16-minute hattrick: the first in his club career and one which could have been completed in even less time, as he also gifted a penalty to Anthony Martial, ending his 11-game goal drought.

The soundbites may have already been reeled off ad nauseam, nevertheless, it would seem that the young Englishman is serving up not only free school meals, but goals and assists left and right and centre. Sir Marcus Rashford MBE, King of the North etc. We’re here for all of it.

Not only has Rashford made a great start to the 2020/21 season, but his humanitarian work has been truly admirable. It cannot be overstated how vital the work Rashford is doing outside of football is. His work with FareShare – the UK food redistribution charity – has been widely publicised since becoming an ambassador in March 2020, however, his extracurriculars don’t stop there.

As well as being regularly involved with the Manchester United Foundation, of course, Rashford has been devoting his free time to many other charitable causes – most recently, his valiant efforts to have free school meals extended beyond term-time. Being a beneficiary as a child, he and his family know the value of essential schemes like this first-hand.

As worthy a cause as this is, the UK government have rightly come under fire for having rejected the motion this month, with many Conservative MPs taking the Wythenshawe-born lad to task, not to mention further exacerbating class divides with some ill-advised and quickly deleted tweets. It would seem there is only one no.10 the British people have any time for right now.

Regardless, the Red role model’s hard work and determination appears to be just as resolute as it is on match days and in training, as his recent petition to overturn the decision has now surpassed over 1 million signatures.

Moreover, it would seem his charitable spirit has brought out the compassionate side in the British public too. His wider #ENDCHILDFOODPOVERTY movement has seen hundreds of local businesses and organisation offer their help in the form of free meals, logistics, donations and more.

Alongside his busy schedule as a professional athlete, Rashford is continuing to dedicate an incredible amount of time to this initiative. Barely half an hour after the final whistle was blown at Old Trafford mid-week, he was back on social media platforms helping raise awareness and enlist even more organisations – not to mention looking to learn and hold an open dialogue in the face of his detractors.

Even as I write this, Marcus is continuing to recruit other, larger organisations that can make a sizeable impact with their contributions. The latest to offer their help include clubs such as Crystal Palace, Brighton & Hove Albion, Wycombe Wanderers and more, as well as big companies in the supermarket and restaurant sectors like Iceland Foods, Frankie & Benny’s, Deliveroo and many more.

But it gets even better still, as despite cynics jibing ‘don’t quit your day job’ and to ‘stick to football’, in reality, Rashford is doing the business both on and off the pitch. The 2019/21 campaign was his best tally to date, with 22 goals and 11 assists in all competitions; he already has nine goal contributions in as many matches (7 goals, 2 assists) this season.

The fact is, Rashford is well and truly on course to have his best-ever year in a United shirt, even with various recurring injury problems too. All the while, he continues to show that he has enough energy and perseverance to perform on the pitch and be more than just a footballer at the same time. As Ole said himself: “he is focused on and off the pitch”.

Whilst the government might be struggling to see as simple an issue as child starvation as important, the rest of the UK seem to know what right is and the public response to Rashford’s rallying cry has brought out the best in all of us. In this case, it’s not just Manchester, it’s a country United.

Despite this, somewhat unbelievably and much to the country’s mass confusion, he is also set to miss out on the Sports Personality of the Year Award. The reason for this down to a supposed lack of sporting achievement, at least in comparison to his contemporaries. The mind boggles, it really does.

Notwithstanding the fact he is reaching greater heights season upon season anyway, the phrasing of the award is very clear: personality. Furthermore, if he isn’t worthy of such an award after having already received a Pride of Britain Award, then who is?

This is by the by anyway; if we’ve learned anything from this man in 2020, it’s that he isn’t motivated by awards – he is motivated by the mere virtue of his upbringing. Not only should his family be very proud of the fine young man he has turned into and continues to be, but as the award he has already received states, so should all of us.

Marcus Rashford is a role-model not just for the young kids that idolise him and the United fans that cheer him on under the glittering floodlights of Old Trafford, but for people of all ages, genders, colours and creeds. More to the point, he is an example of how footballers can use their platform to implement real change and why no player should ever just ‘stick to football’.

You can find all the important links below.