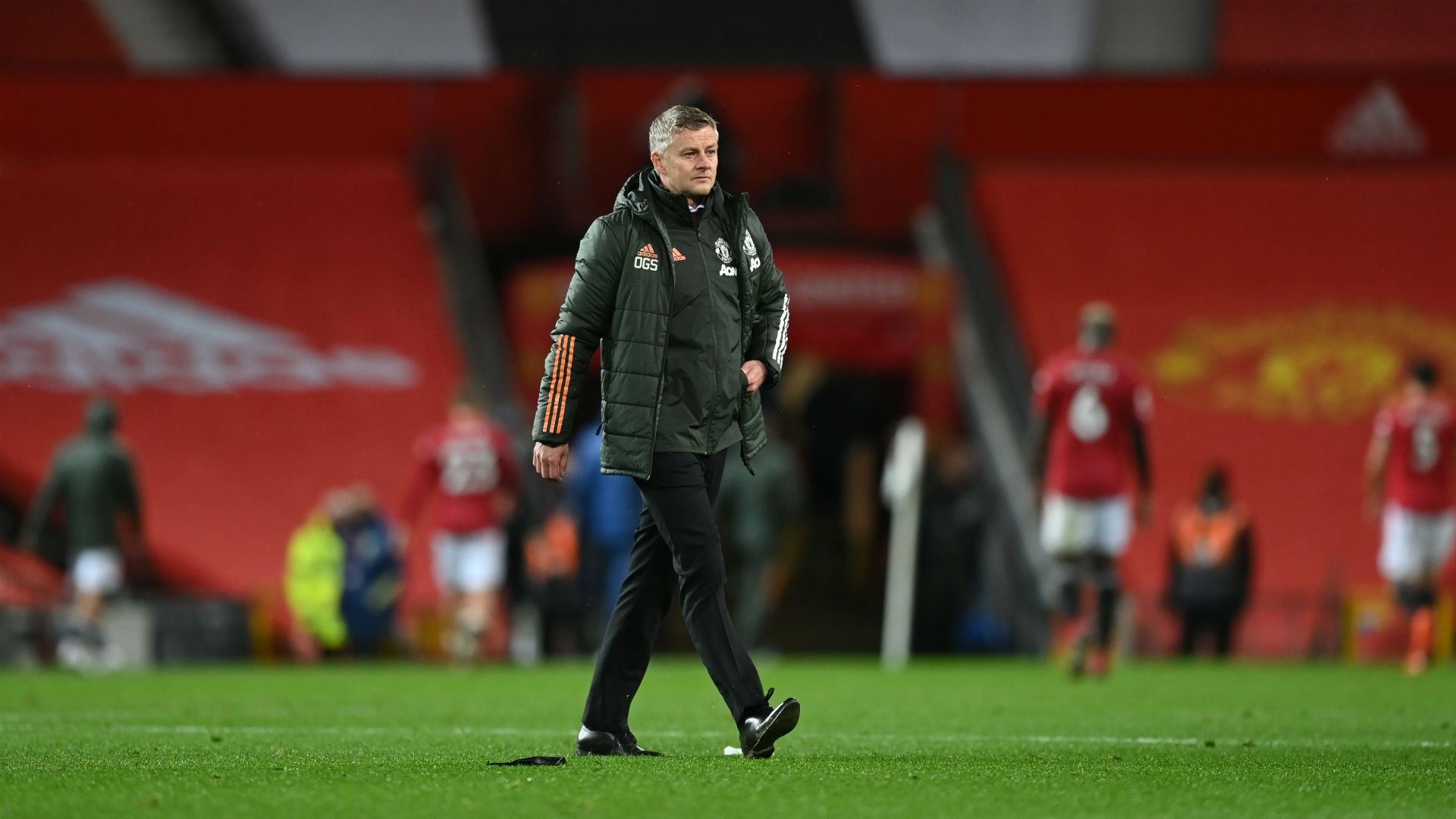 Football is predominantly a results-based industry. A win against a huge team and fans are ecstatic. A run of poor results, and your job is on the line. In the case of Ole Gunnar Solskjaer, his job is still under intense scrutiny, but to say this is due to just poor results is a bad judgement. In fact, there are several reasons as to why Manchester United find themselves in the diluted position they are in at the moment.

Saturday’s crucial win against Everton has certainly lifted the sombre mood that was felt amongst supporters, who had to deal with a rollercoaster of emotions that fell into place all at once. It started at Old Trafford, where United were beaten 1-0 by Mikel Arteta’s newly evolved Arsenal side, contributing to the explosive comments outspoken by the great Roy Keane. One line that seemed repetitive but noteworthy was his claim that the players ‘will throw Ole under the bus’. A passionate individual, Keane’s comments will always speak volumes to the vast number of United fans. Certainly, if he smells problems at the club, it won’t go unnoticed.

The setback stemmed here was that it left United without a home win in the league for the first time since 1972. Coupled with this, the performance was dire, lacklustre and quite frankly woeful. Disappointing more was the fact that the same group of individuals practically wiped the floor off one of the brightest team’s in the Champions League just days before. The contrast between the two displays were huge. This contributed to a growing number of concerns around the first team, with #OleOut trending across social media channels.

Many in the game expected United to comfortably respond. What better match to perform than against the well-respected İstanbul Başakşehir? The result however, meant that the mood was swinging against the Norwegian. His side’s 2-1 loss in Turkey was comical to say the least. 36-year-old Demba Ba was probably pondering if he had ever scored an easier goal in his football career. The defending for the first goal was, as they say, Sunday League standard.

This contributed to a growing amount of scepticism around Solskjaer. Fans who aren’t exactly easily swayed were starting to raise concerns and anxiety about what was going on. Some argued that ‘no one else could get more out of these players’, whilst others simply claimed, ‘he’s not the man for the job’. A constant switch of tactics was a common frustration identified but to put all of the blame on United’s legend is simply wrong.

Solskjaer’s position was immediately undermined after a report from the senior Manchester United correspondent for The Manchester Evening News highlighted the club had sounded out Mauricio Pochettino to become the next manager of the football club. This was like a stab in the back for Solskjaer, seeing reports of his employees planning a future without him. It spoke volumes that the club came out to instantly deny the report. It lacked class to allow someone to leak this information. Clearly, they didn’t want to give anything away. Consequently, this has done more damage than good, causing a divide in the fanbase. The shadow of the Argentinian will now loom larger than ever before.

The Red Devil’s best spell under Solskjaer came at the backend of last season. He deployed a 4-2-3-1 formation, predominantly with Mason Greenwood, Anthony Martial and Marcus Rashford as his main three. Behind the ferocious trio was talisman Bruno Fernandes, who occupied a midfield with Nemanja Matic and Paul Pogba. There are major factors which have subsidised to himself rarely deploying this team now.

Greenwood has had ‘off the field’ issues, so it seems ethical to bring him out of the team so he can get his head focussed at such a young age. Furthermore, it has been well documented by many around Old Trafford that they see the youngster developing his game into a striker role. Whilst he offers danger on the right, to classify him as an ‘out and out’ winger is a poor assessment. In fact, it is a compliment to Solskjaer as to how well he has handled some of the uncomfortable reports around his young spark.

Paul Pogba has also been scarcely inconsistent, and it was a right call to bench the Frenchman, who hasn’t performed to the best of his ability at all this season. Hampered with Covid-19 and injuries, it is understandable why he hasn’t been performed to his highest capabilities. Defensively, United have been all over the place, but is this all Solskjaer’s fault? Partly, but not entirely. Harry Maguire went through an appalling incident in Greece, which clearly had a mental effect on his performance. He wouldn’t be human if it didn’t. It was one of the worst kept secrets that Solskjaer wanted to bring in a fast and physical centre-back to compliment Maguire, but unfortunately, those at the top let him down; a common theme echoed throughout a United manager’s tenures since Sir Alex Ferguson. To not improve the side that went on ‘that’ run to secure Champions League football, was simply a disgrace.

A heavy reliance would therefore be on these players to perform without rest and considering how much emphasis Solskjaer put on improving the squad depth over the summer, he had little trust in his other players. This trust issue is still a massive problem at the football club. Arguably against Everton, Solskjaer fielded a team he confided in rather than taking risks. Even so, it was still a resilient performance.

Much media attention occurred after Solskjaer deployed a diamond formation against RB Leipzig, which worked in his favour after his team thumped Julian Nagelsmann’s RB Leipzig 5-0 at Old Trafford. But, based on the words from Mr Solskjaer himself, this isn’t his favoured way of playing. He once claimed, “I always believe in forward passes, penetrative passes, wide play, getting crosses in the box”. United’s failure to capture Jadon Sancho in the summer meant there was an absence of width within his squad. Instead, the major incomings were a striker and another midfielder. The best way to get all of these similar players in his starting line-up was through deploying the diamond. Therefore, the board is once again at fault for not backing the manager. Failing to secure the priority players meant Solskjaer was set up to fail. United would arguably be higher up the table had first choice targets been acquired.

Yet, you also cannot override the fact that Solskjaer should have been getting more out of the players at his disposal. The major worry around United is the consistency. Unfortunately, they still haven’t found this, yet. There are individuals who still aren’t convinced that United have turned a corner after Saturday’s result, but to Solskjaer’s disadvantage, should he lose, the critics will come out again about the inconsistency. It’s almost an impossible scenario to wriggle out of.

As much as some may not like the idea, Pochettino’s availability will not have gone unnoticed by the Manchester United board. It has been widely reported that Ed Woodward and Sir Alex Ferguson have a huge amount of admiration for him. His appearance on Monday Night Football was symbolic of a ‘come and get me plea’. The dilemma for United is that he won’t be out of a job for long, so if results don’t improve, the desire to press the sacking button will grow even larger. In a Covid-19 world where football’s finances have been affected, securing Champions League football will bring in a significant amount of income for the club. Should they look off the pace, they may well be persuaded to hit the button early. Yes, this is morally wrong, but this is the Manchester United board. Evidently, they don’t have a lot of morals. It echoes what Louis Van Gaal had to put up with in his final season at Old Trafford. It is disgusting how some individuals are treated by the club.

Solskjaer deserves time though. When his team were categorically ruled out of the top four race at major points last season, he got United a third place finish, playing some of the best football seen since Fergie; ‘the best of the rest’ as they say. Furthermore, when you consider how low the club was after the sacking of Jose Mourinho, it is astonishing how well he has transformed the club. Unfortunately, he wasn’t backed in the summer, so he’s had to go into this season with two arms tied behind his back. The job he has done so far, is commendable.

The next phase of his chapter as Manchester United manager will be his toughest to date. What he has to do now is find a winnable formula. Solskjaer has to go on a run that saw him receive accolades at the end of last season. It will complicate him as to how he gets Paul Pogba back in the team, but he simply has to perform to a higher standard. Regrettably, United’s hero doesn’t have time on his side. One bad result and the voices will grow louder than ever before. Pressure will set in unlike any other time. What this all equates to is Solskjaer under a severe amount of stress to win games. Thankfully, when the tide seems to be against him, his team delivers. Hopefully, it will all click after the international break.