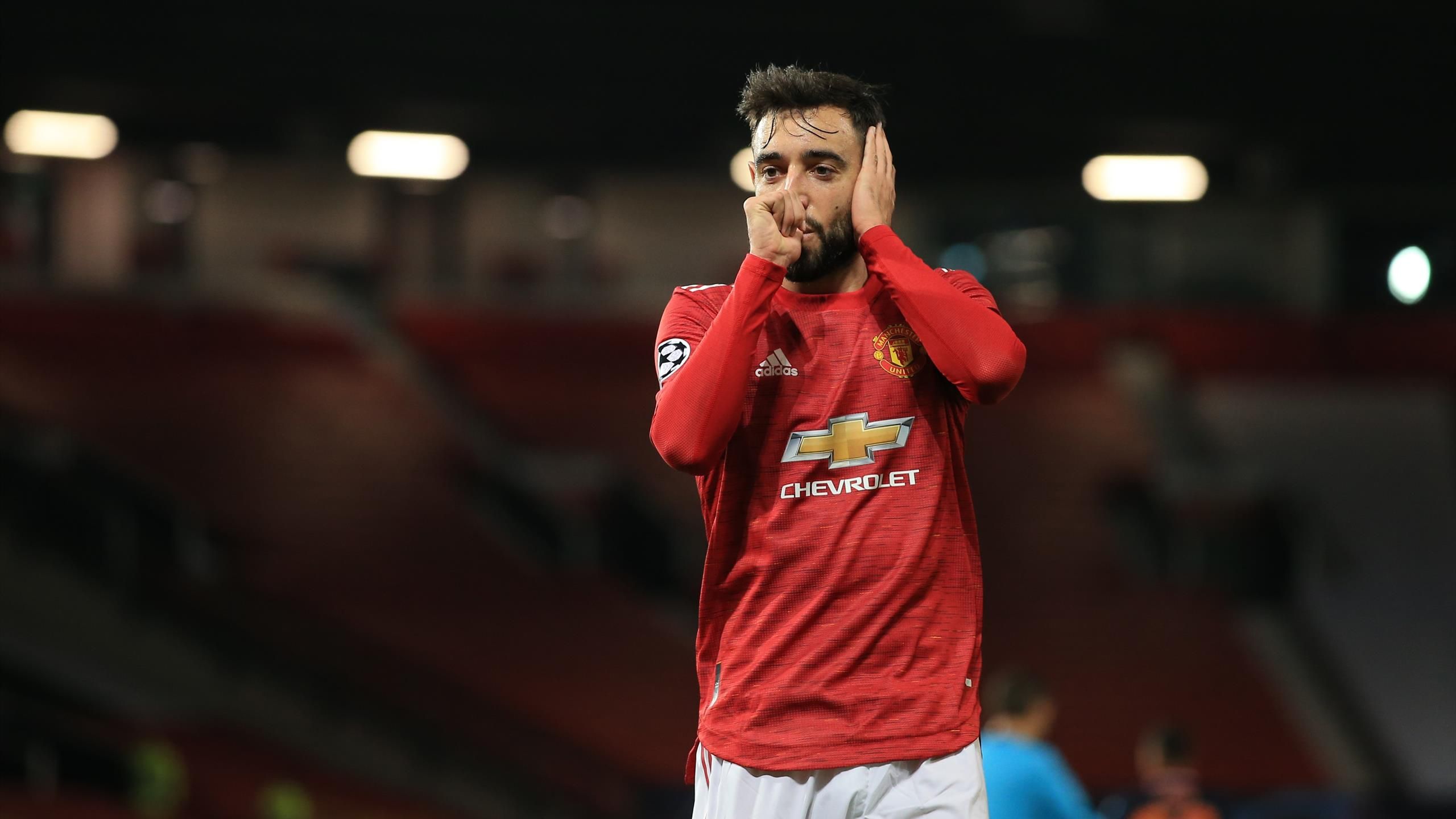 Nothing encapsulates United’s inconsistent season thus far than the embarrassing 2-1 defeat to tonight’s opponents in the reverse fixtures. No disrespect to İstanbul Başakşehir, but their result came mainly thanks to some seriously comical defending (or lack thereof).

Ole would have been hoping to right those wrongs in this second leg; the starting line-up certainly reflected that, as he named a highly attacking line-up that featured Donny van de Beek in the middle of the park, as well as a front three of Rashford, Martial and Edinson Cavani, making his first start for the club. No messing about tonight with qualification absolutely critical.

The game came to life almost instantly, thanks to a brilliant run from Marcus Rashford. The number ten set off the move with a simple pass to Bruno Fernandes, which was returned with an almost trademark flick, before Rashford showcased some sensational feet to navigate through a crowd, just failing to get a shot away. A statement of intent early on.

As has been teased last season, it seemed as though he and Martial were competing, as the Frenchman – playing more of a creative role off the left tonight – answered back with his some of his own fancy footwork. Once again, it all came to not, but the attacking players clearly looking to innovate from minute one.

This early period of pressure saw the Reds win a corner in the seventh minute. After a good delivery from Alex Telles, the ball was loose in a dangerous area and met by, guess who? Yes, that man again. With arguably his best finish since joining the club, Bruno Fernandes found the ball bouncing out of the box and struck it on the half-volley from, thundering it into the roof of the net. 1-0.

United looked to be shifting through the gears already, with some serious combinations coming together – a simply sublime one involving van de Beek, Cavani, Bruno ended with a Rashford goal being ruled out for offside. Extremely positive signs nonetheless, with the forward players and attacking midfielders all enjoying themselves within the first 15.

The sustained intensity bore even more fruit, as after a mistake from the Istanbul keeper saw the ball drop in the area, surprise, surprise, Bruno was there yet again to bury a much simpler finish than his last. Though it clearly came from human error, Telles delivered another good ball and Cavani’s aerial presence helped draw defenders away from the second ball – a product of pressure. 2-0 up within 19 minutes: poles apart from their performance in the reverse fixture.

While the attacking play was clearly the most noteworthy in this opening quarter of the game, it is worth mentioning that the back four started fairly comfortably too. As well as sweeping up calmly and playing out of danger with relative ease, their first thought seemed to be forward – not always the case but perhaps benefitted by this highly mobile midfield.

On the other hand, whilst still bringing his obvious quality to the game, Fred looked to be the most off the boil. His movement looked slightly more sideways than the likes of van de Beek and Bruno, both of whom were pulling the strings at the heart of everything that was good – perhaps because of the occasional misjudged or misplaced forward pass. However, these lapses didn’t seem to be playing a particularly big part in the game.

As mentioned, even the defenders were contributing to the vertical play, with Lindelof finding Rashford on the halfway line with a lovely long ball from Lindelof – the kind we’ve only seen succeed now and again from the Swede.

With the young Englishman galloping towards the goal, the defender clumsily barged him over, awarding United another penalty. After an offside check was completed and with yet another moment of selfishness like seen against PSG, Bruno (on a hattrick) gifted the ball to Rashford, who slotted home comfortably. 3-0 up in the 35th minutes.

In truth, whilst United were clearly dominating, the openness of the game did welcome plenty of end-to-end play. After the second goal, in particular, Istanbul were starting to pose more of a threat, with a few decent balls into the box and half-chances at goal. Thankfully, whilst certainly more troubled and tested than at the start of the game, managing to snuff out most

The second half started with a substitution, as Axel Tuanzebe replaced Lindelof, whose back issue had apparently flared up at some point during the first 45. Regardless, United were cruising by all accounts and although he was immense out in Paris, even the bare basics would probably do to see out this game.

Chances came quickly for both sides, with Cavani nearly netting his 50th European goal with a few minutes of the restart, just complicating things a touch rather than hitting the ball first time. Another chance created by Bruno, nevertheless. There was action at the other end only a minute later, as Višća shot from range and pulled a strong save out of David De Gea – their best chance of the game.

United looked to be slowing the game down ever so slightly over the next ten minutes or so, readying subs and focusing on competence in the defensive and middle thirds. Around the 60-minute mark, Rashford, Bruno and a possibly injured Wan-Bissaka were given a rest, being replaced by Brandon Williams, Dan James and Mason Greenwood.

The young finisher, in particular, was involved early on, using a clever knock-on to round the left-back and find himself in that familiar inside-right position. In the end, he tried to do too much, looking to jink the defender rather than pull it back for Williams, but an energetic start nonetheless.

As well as a drop in tempo, the formation looked to revert to the 4-2-3-1, with Cavani and Martial alternating between that almost false nine position. Despite not being as far up the pitch, the pace of Greenwood and James – as well as Cavani’s work rate and Donny’s distribution – still allowed for United to pose a threat on the break. However, of the two, Istanbul had a greater hold on the game at this point.

With Ole clearly looking to see out a professional performance now, Istanbul looked to shake up the game by introducing a swathe of substitutions. In fact, the impact may have been indirect but it was almost instant, as Istanbul won a free-kick at a promising distance. With a lovely in-swinging effort, Türüç whipped the ball toward De Gea’s near post, which he was unable to stop before it crossed the line. Goal-line technology confirmed it: 3-1 with 15 minutes to go.

The Spaniard should have done better, in truth, and around five minutes later, Višća – one of the main threats all night – tried his luck from range yet again. This time only the bar was there to rescue De Gea – Istanbul clearly testing him and the United defenders now. The composure dwindling by the second, with the likes of Maguire and several opposition players joining Tuanzebe in the book.

Looking to calm things down once again, Ole decided to hook off Martial, who was much quieter in the second half, bringing on Matic to shore up a now disoriented defence. Despite having seemingly blown Başakşehir away with their attacking play in the first-half, the substitutions did seem to affect the flow of the game, with United getting boxed in with ten minutes to go.

Regardless, as ever, United looked to have the tools to counter clinically and after a beautifully weighted ball from van de Beek found Greenwood free on the right, he played a simple ball across the box to play in Dan James. The Welsh winger enjoyed his international break, contributing a goal and assist against Finland, and clearly used it as a springboard to come into this game with confidence. Another goal for United at last and a collective sigh of relief all round. 4-1 with practically the last kick of the game.

They may have looked to make it slightly harder work than necessary in those final 15 minutes, but United managed to see out the result and remain top of the group with just a point needed to go through to the knockout stage of the Champions League. Another win for the Reds and hopefully one of many games in an imminent run of form.

There were notable performances from Telles, Cavani and more. The plaudits might rightly go to Bruno Fernandes for his inevitable creativity, but van de Beek is a serious shout for man of the match. The Dutchman has had to wait for his chance to cement his place in the side, but his positional awareness, work rate and persistence to play forward at every opportunity, he added the kind of dynamic Man United’s midfield has been missing.