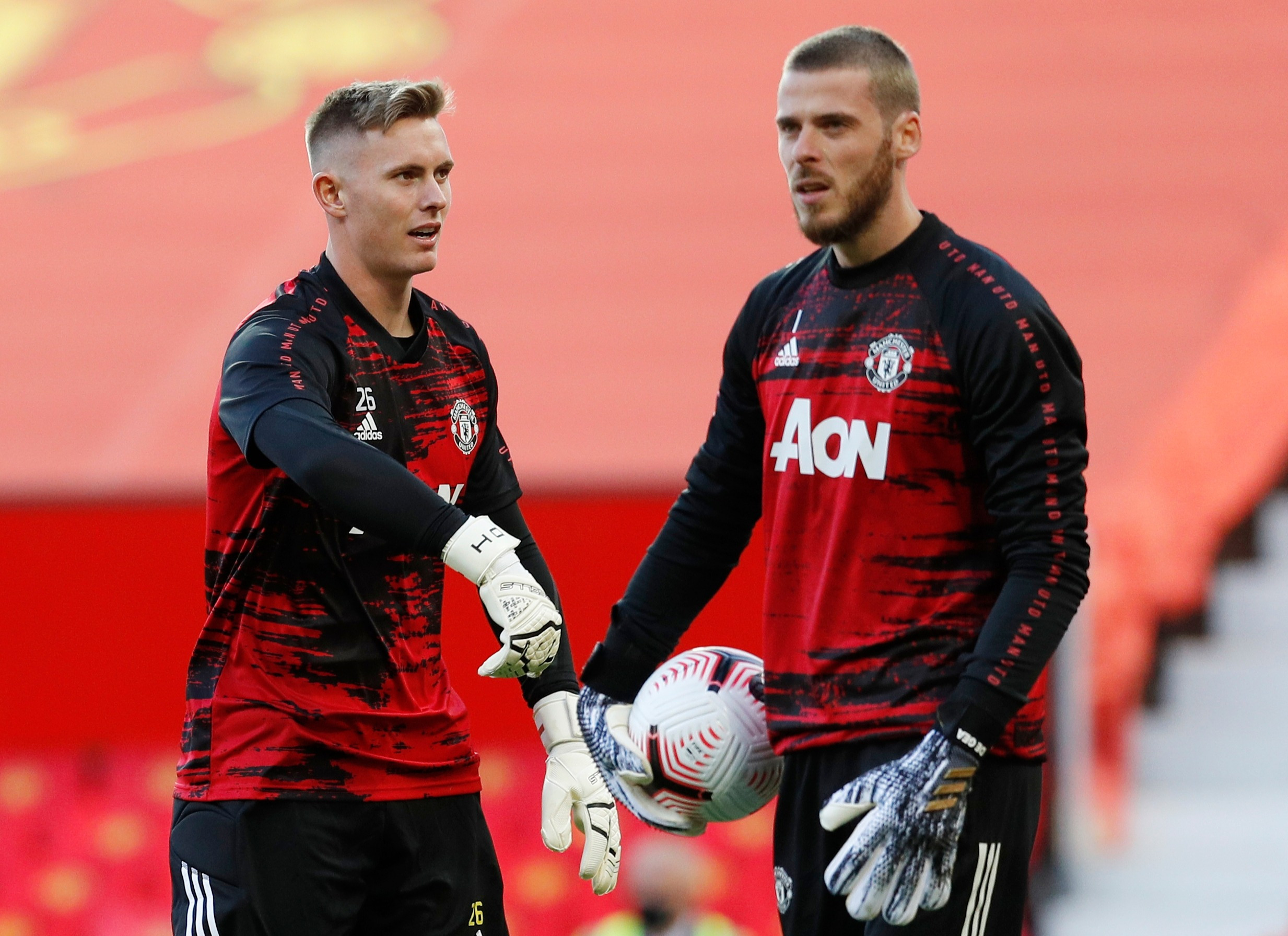 Gary Neville has refused to get carried away with the prospect of Dean Henderson, claiming he ‘reserves his judgement’ on whether the 23-year-old can be Manchester United’s goalkeeper for the next ten years.

Ole Gunnar Solskjaer opted to keep the Englishman at the club this season, to rival David de Gea for the number one position. Henderson has started three games, all of which have come in the cup. It would be a fair assessment in claiming that the youngster has not put a foot wrong, but he faces a tough battle in overcoming the Spaniard.

De Gea was granted the starting spot against Istanbul Basaksehir at home, despite reports claiming Henderson was promised otherwise. The former suffered an injury against Southampton, but still found his name on the team-sheet on Wednesday evening.

Fans have slowly started to question when the Englishman’s true chance will come, but club legend Neville isn’t getting carried away. Speaking to Viaplay Fotball (h/t Goal), he claimed: “I think De Gea is the No.1 as Henderson has a lot to do in my mind. I don’t get carried away by a young and talented goalkeeper at Manchester United.

“I’ve seen it before over the last 25 years where there have been young and talented goalkeepers who have threatened to come in but to stand in those goals at the club, in particular when fans come back into the stadium, then they are big, big boots to fill. Only Edwin van der Sar and Peter Schmeichel have filled those boots in my time, while David de Gea has now.”

De Gea is evidently still the first-choice between the sticks and the former defender believes placing such trust in the 30-year-old was the right decision to make. Neville continued to say: “I think he’s [De Gea] probably been better this season. I was nervous about him towards the end of last season and I think even Ole would’ve been looking at him and thinking ‘you’re not far away from being left out.

“But I think now he’s stuck with him, which I think is the right thing to do. If you’re going to take someone like him out then you have to make sure that you’re absolutely certain because once you take him out of the team you really are moving his confidence away and he may as well leave the club.

“For me, I think it’s exciting that Henderson is coming through but I reserve my judgement on whether he can become somebody who can go in Manchester United’s goal in the next 10 years.”

Such a statement may be interpreted rather harshly, as the goalkeeper has showcased his ability in the Premier League. He registered 13 clean sheets for Sheffield United last season, the same number as De Gea. In just his three appearances for the Red Devils, Henderson has also shown glimpses of maturity.

His focus against Luton and Brighton was particularly highlighted, with the keeper pulling off two late saves, after rather quiet games. It remains to be seen how many opportunities Henderson will be granted this season, but he will certainly have to impress in every minute, if he is to overthrow the long-serving De Gea.