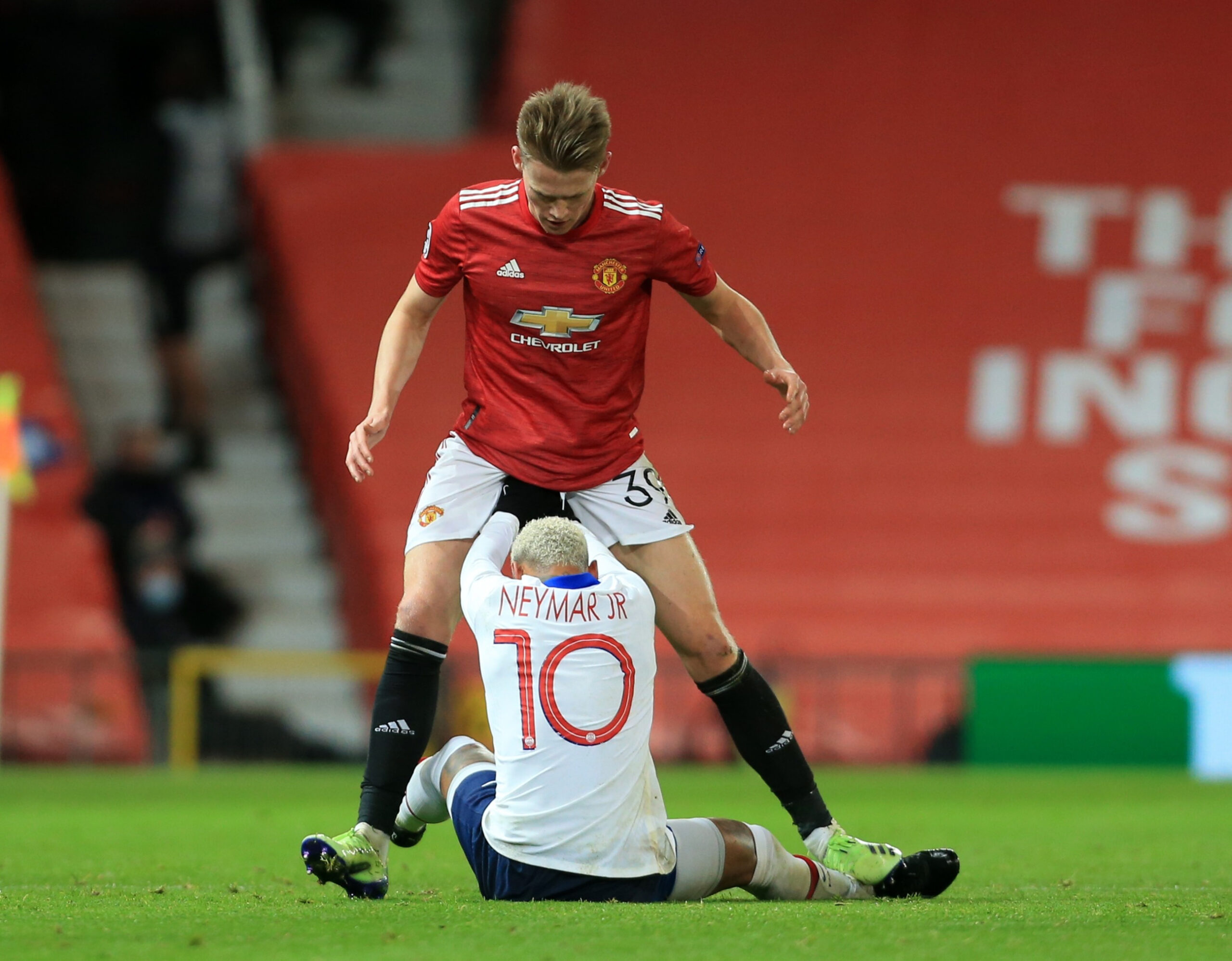 The club lost 3-1 at home to PSG, meaning they need to avoid defeat to RB Leipzig next week to progress in the Champions League. Qualification from the group stage looked to be a formality after two opening wins, but the Red Devils refuse to do things the easy way.

Victory on Wednesday evening would have solidified their place in the knock-out stages, hence the frustration in losing a game which was there for the taking. At 1-1, Anthony Martial missed a glorious opportunity, before Fred’s red card shifted the tide of the balance.

The French side were certainly making the most of such challenges, with United giving away twenty fouls in total. Many of their players were falling to the ground rather easily, much to the frustration of Scott McTominay. The Scotsman had a small exchange with Neymar, after the former accidentally stood on the Brazilian’s ankle.

Speaking after the game, McTominay was asked about the French side, claiming (h/t Pundit Arena): “They fall too easily. You can see, can’t you? It’s not football whenever teams play like that. The reaction of their players is [shakes head]… I’ve got nothing to say about that, you get in trouble if you start speaking about that and the referee.”

Such words clearly hold a resentful tone, and tensions looked close to boiling over in the tunnel last night. The game is done though, and United must shift focus to the weekend.

The Red Devils have West Ham next, with Leipzig and Manchester City soon after. It’s a huge ten days ahead, with the winter schedule now in full flow.