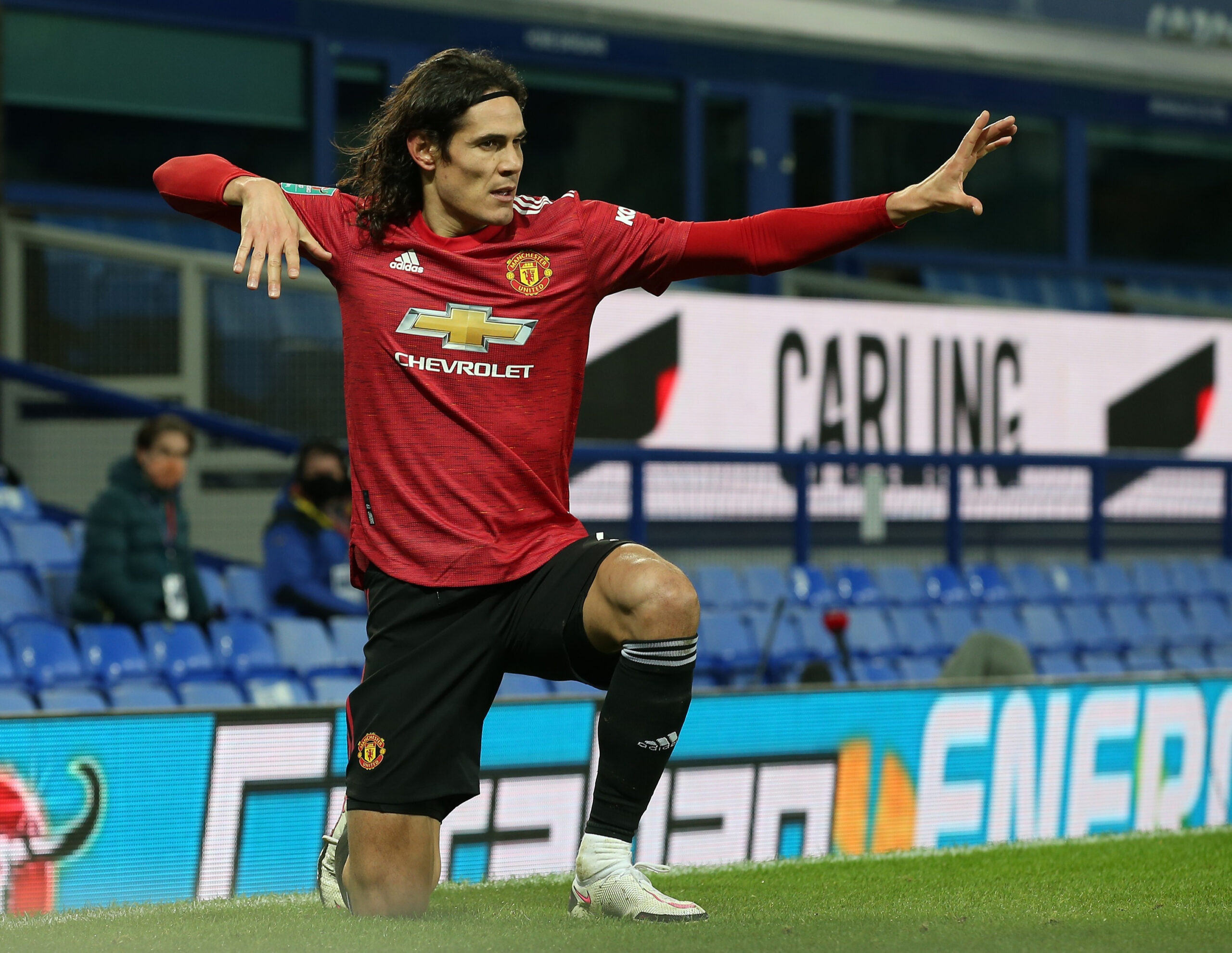 It was a performance totally deserving of a victory — arguably Manchester United’s most assured outing of the season — and in the end, they came up with the goods at Goodison Park in the Carabao Cup quarter-final.

The Reds come home with the full prize from the blue side of Liverpool for the second time this season but, this time around, the performance levels were upped significantly.

Having gone behind first every single time they’ve gone away in the league this season, United grabbed a foothold of this game early doors. A midfield diamond of Nemanja Matic, Paul Pogba, Donny van de Beek and Bruno Fernandes was not getting outplayed tonight.

Amidst all of the debates regarding United’s consistency, the Reds came into this one having won six of their last seven in the league (also one draw). The charge up the Premier League table is well and truly on, and now, the first semi-final spot available this season has also been booked.

To the pleasant surprise of many, Ole Gunnar Solskjaer’s side looked very much up for this one, in spite of nine changes to the side that thumped Leeds 6-2 on Sunday.

The last time we saw wholesale changes, United struggled massively away to West Ham for 45 minutes before Bruno and Marcus Rashford came off the bench at the break to change the game. In this one, Fernandes and Harry Maguire kept their place in the line up, but everyone else also stepped up and handled the expectations.

The majorities are very quick to react in the social media era when things go wrong or if there are minor setbacks that precede major comebacks. Now, with the way the recent results have been going, it’s becoming increasingly evident that this United side just needed some time.

The potential of the squad that Solskjaer has at his disposal right now is high — they can win things. They just showed just how dangerous and suffocating they can be against a full strength Everton team.

The visitors should have been up by two or three inside the first half.

Edinson Cavani saw a decent double effort saved at the near post by Everton’s stand-in goalkeeper Robin Olson early. Then, Mason Greenwood made an excellent near post run to see his glancing header hit the outside of the post off a Bruno cross. And United’s last big chance came through an instinctive Pogba header from a corner that just didn’t have enough behind it to beat the keeper.

But even though the teams went down the tunnel at the break all square, United were comfortable. They took their foot off the gas ever so slightly in the last quarter of an hour, but that didn’t really show on the stat sheet for the Toffees.

The second half was more of the same, although United created less and gave up the ball more. Fully aware of that, Solskjaer was quite prompt with his substitutions and Anthony Martial and Rashford were introduced shortly after the hour mark.

At one point it may have began to feel like this may just be one of those games. It was getting one sided again and Everton had pretty much nothing to offer other than a long ball towards the relentless Dominic Calvert-Lewin who tonight was dealt with quite well by the physical trio of Axel Tuanzebe, Eric Bailly and Maguire.

The difference tonight though was that over the last 12 months, United’s depth has improved ten-fold — or at least that’s what it feels like. Every time Solskjaer’s team selections get announced nowadays, there are always dangerous options on the bench.

A few weeks ago at Southampton it was Cavani who brought the second half x-factor, tonight at Goodison, it was Anthony Martial. The point being that the quality is starting to pour out from this team.

Two moments of brilliance after 88 minutes of dominance led to United finally seeing one go in. Some good build up down the right hand side was followed by a sharp ball from Martial into the feet of Cavani before the Uruguayan launched an arrow into the hosts bottom corner from outside of the box, on his weaker foot.

United were visibly elated to see the net nestle with a penalty shootout looming. Every player bar Dean Henderson rushed over to huddle on the No. 7 by the corner flag. The camaraderie and the feisty, never say die attitude of these players was once again shining through.

Gary Neville on commentary was saying throughout that one goal will probably do it. It felt like that too once Cavani’s effort went in. But with Everton then being forced to go for it, United had three golden opportunities to seal it on the break with a second — and they did.

United broke away on the counter, similarly to how they finished Everton off in the league, but this time, Rashford slipped in Martial down the left channel and into the box for the Frenchman to slot cooly into the bottom corner. Job. Done.

We knew full well that this squad was already capable of going on big runs of form where they look unbeatable before. They seem to have embarked on another one now, but this time, wiser and with more quality. Who knows what awaits at the end.

United will host Manchester City for another Carabao Cup semi-final early in the new year.