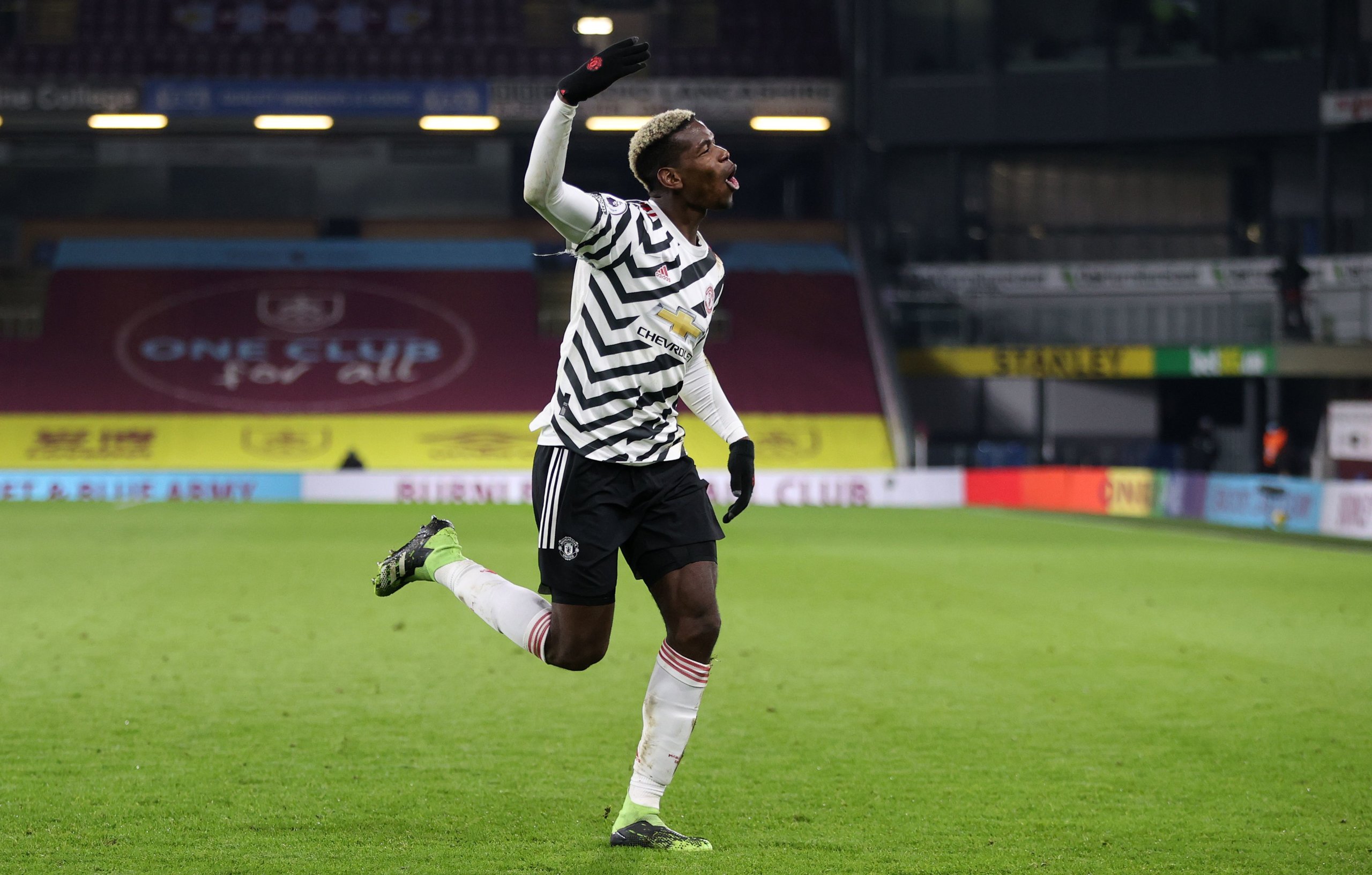 It was yet another hard fought battle, but Manchester United were up to the task at Turf Moor as they secured a massive three points which sent them top of the Premier League.

The Reds are now unbeaten in 12 league games, winning 10 and drawing just two.

As is the tradition at Burnley, the victory needed a gritty performance behind it and United looked up for it all night — bar the last 20 minutes when the priority was to protect the result. You know what they say about winning ugly.

The winner for Ole Gunnar Solskjaer’s side came in the 71st minute through a fantastic Paul Pogba strike, on the volley from outside of the box, following a wonderful Marcus Rashford assist.

As a result, United will set off to Anfield three points clear of the defending champions Liverpool on Sunday.

David de Gea – 6.5
Not a whole lot to do for the Spanish shot-stopper tonight, but could have perhaps done a better on a few occasions when commanding his area down the stretch. Big clean sheet.

Aaron Wan-Bissaka – 7
Excellent performance from the right-back on both sides of the ball. Solid as usual defensively and watchful of his rear view on crosses, while always being an outlet going forward.

Eric Bailly – 8
The Ivorian has been spectacular since returning to the starting lineup and he is forming quite the partnership with Harry Maguire. Another excellent showing tonight with a few key blocks and a very cool head in the most heated moments.

Harry Maguire – 8
With the right partner next to him, the captain is near flawless. Very commanding in the air and composed on his feet, a big performance for United’s center back duo. Should have had a goal too.

Luke Shaw – 8
If not for Paul Pogba’s brilliance, this was a Man of the Match shift for the left-back. Finally, he was a great outlet going forward and very dangerous too, while comfortably keeping tabs on what’s going on behind him.

Nemanja Matic – 7.5
This was a match that called out for Nemanja Matic’s patience, experience and passing — and the Serb delivered. Marshaled the midfield from just in front of the back four.

Paul Pogba – 9
A near flawless performance for the Frenchman. Controlled everything in midfield, used his strength to his advantage and progressed the ball forward what felt like every single time. Great passing and vision throughout and a fantastically well taken goal to give United the win.

Marcus Rashford – 6.5
This would have been lower, but United’s No. 10 showed his class once again with a terrific assist for the winning goal. Otherwise, looked a little off the pace in a frustrating performance on both flanks.

Bruno Fernandes – 7
Quiet night at the office for Bruno in terms of G/A, but if you watch the game in its entirety, everything was going through him and United should have been up far before the 71st minute. Good to see that others are taking some weight off his shoulders.

Anthony Martial – 7
A frustrating performance in front of goal once again, but in all other areas, the Frenchman has looked solid of late. Once again here, very assured in holding up the ball and getting involved in the build up play.

Edinson Cavani – 7
A few misfires and not a ton of service for the Uruguayan but his presence was felt on the pitch as he always gave a different option and showed for the ball a lot. Good to have him back.