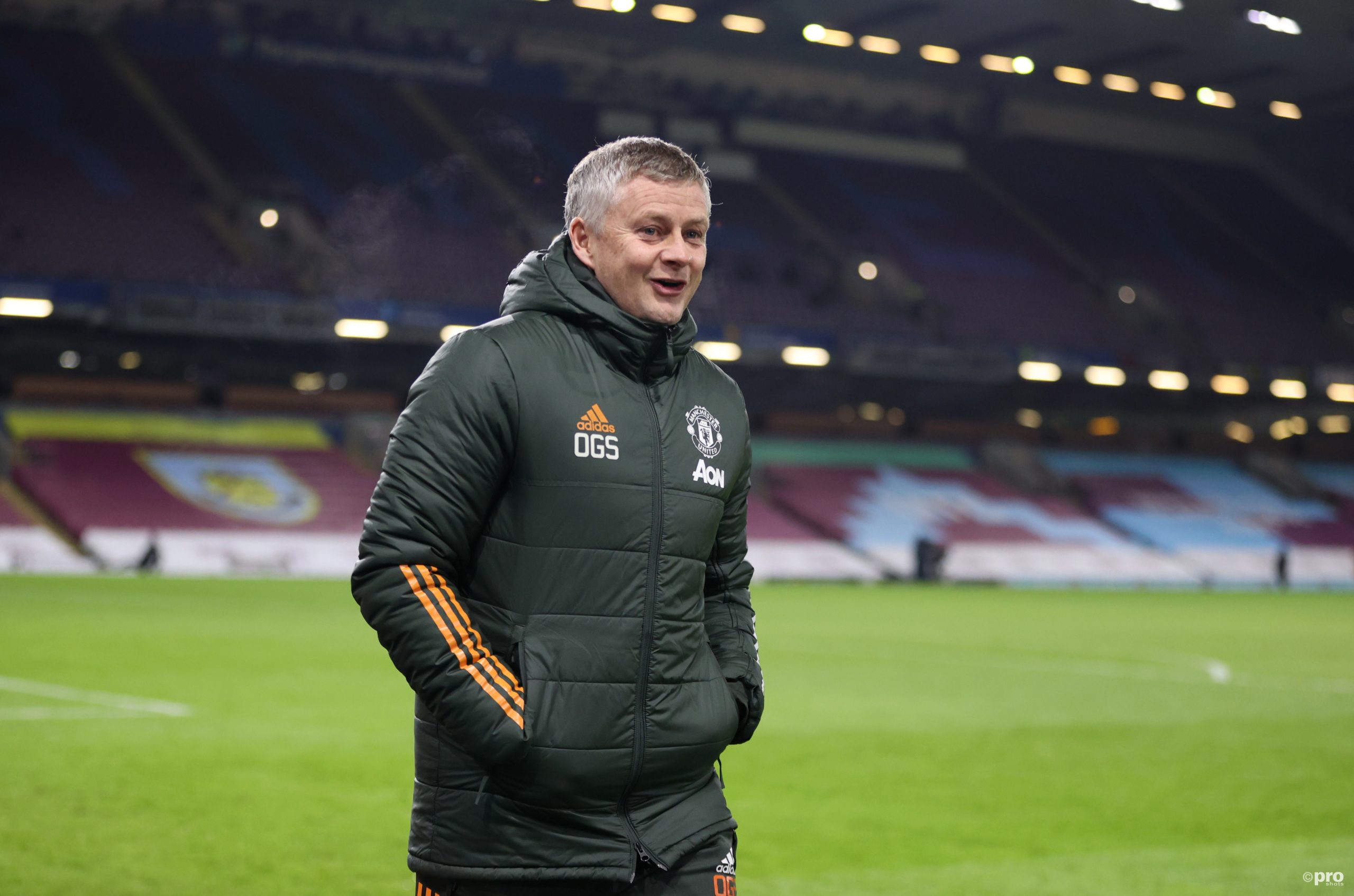 Who could forget that night in Istanbul at the beginning of the season? Manchester United’s 2-1 loss in the Champions League acted as a catalyst for negative voices to grow larger and larger, despite the terrific projection made towards the end of last season.

A report from the Manchester Evening News then claimed United’s hierarchy had sounded out Mauricio Pochettino. What this did, disgustingly but to no ones fault, was undermine the position of the manager. Imagine being in a place where you hear your job is on the line, not from your employees, but the media? From an ethical perspective, it was dehumanising, and after the victory against Everton at Goodison Park, it was evident Solskjaer was angry. He had to go on a winning run to quieten the doubters. To his avail, he did so spectacularly.

Despite a characteristically poor summer transfer window, a run of wins sensationally put The Red Devils in a Premier League title challenge, and you can only praise the man at the helm, manager’s being responsible for the functioning of a team. The club haven’t been in this position for nearly eight years. That alone, is a feet in itself. United haven’t dominated every single match, but a transparent philosophy is there to see, evident from the style of play.

Jose Mourinho was never one for implementing a brand of football. Similarly, Louis van Gaal’s United were slow in their build-up, continuously defined as ‘boring’ by supporters. As the club sidetracked from the glory years under Sir Alex Ferguson, perhaps the most important aspect of Solskjaer’s reign so far, is bringing back the DNA of what was so successful in the past.

During his first full season, United were in transition. Going back to old roots was never going to be easy, considering the status of the club during the final months under Mourinho. Despite this though, Solskjaer’s team had mounted 6 times the number of counterattacks seen throughout the whole of the Portuguese’s tenure. As well as this, United had picked up more points than Mourinho’s teams when they had less than 50% possession in matches. A philosophy of quick, counterattacking football was being restored back at Old Trafford, traits which were so successful throughout Ferguson’s tenure.

The beginning saw some difficult periods, notably the Burnley performance at Old Trafford over one year ago. However, there were so many gaps in the team that a spark needed to set alight the devil inside the club. The signing of Bruno Fernandes put a lot of pieces together in a complex puzzle, and got everyone ticking to the right sync.

Since the £47 million arrival of the Portuguese international, the player has foreshadowed everything right with Solskjaer’s reign so far. Restoring born winners mixed with naturally gifted talent was key in finding a balance to make United’s name recognisable again at the top. Thankfully, Fernandes had both skillsets. He helped fire United to a third place finish in July last year.

Before the loss to Sheffield United, Solskjaer’s team had won 14 games and drew five when having more possession with Fernandes in the team. This stat itself, identifies the positives against the teams outside the top six. United had to make progress regarding stamping authority against the rest of the Premier League, and clearly, they have in recent times.

Despite a slow start to the season, United have the best away record in the Premier league, which has ultimately contributed to where they are at the moment. Scoring goals in the process, coinciding with a fit and firing squad, no one would’ve thought United would be in this position at the beginning of the season. What’s more, he’s kept most of his side away from the injury table, a brilliant effort considering the amount of games in a conjested fixture period. The expectation this year was to get closer to the top two, but the challenge for the crown would be next season. It seems, progress has been quicker than expected. The Champions League elimination was a setback, especially considering the positive start in the group. But not every season is perfect. Everyone can learn from setbacks. This will be a feature that needs improving next time around.

Despite failing to beat any of the top six this season, Solskjaer proved he could do it last year, beating the likes of Guardiola twice, Mourinho at Spurs and Lampard at Chelsea. What’s more, he answered critics by beating Jurgen Klopp in the FA Cup this season, in a thrilling 3-2 victory against Liverpool at Old Trafford. Arguably, more victories against the top six should’ve happened this season, but no one should declare the Norwegian cannot do it, as evidence suggests he can.

The major difference in these games is that United, last season against the big sides, usually played with five at the back. This season was about implementing Solskjaer’s philosophy against those teams; beating every club in a similar way was key for stamping down his name. Whilst this hasn’t happened yet, one could argue that United need just a little more firepower and confidence in these games. Had he been backed with his major targets in the summer window, perhaps we could be talking about a different story. Certainly, he had to deal with the constraints from the Glazers, but never put up a fuss or caused an issue, like Mourinho famously did. What this shows, is just how good of a manager he can be.

No one can rule out the impact of some of the acquisitions though. Many had doubts as to whether Edinson Cavani could perform in the Premier League at the age of 33. He’s proven he can. Arguably, the Uruguayan is now United’s most prolific centre forward, but that can only be a bonus to Anthony Martial, who needs added competition to prove he is a worthy addition to the first team. Despite a bit of a drought, his two goals off the bench against Southampton will only boost his confidence, an attribute that holds so much weight in football.

Despite Alex Telles not being a regular, he added much needed competition in the left back position, which has helped contribute in the rebirth of Luke Shaw. After struggling from a horrific leg break against PSV in 2015, the England International has been one of the best full backs in the league this season, offering offensive support during attacks. As a result, he has four assists in 25 appearances in all competitions. Compared to last season, he already has one more registered assist in a lesser amount of games. The player looks certain to get a call up to Gareth Southgate’s squad for the EURO’s in the summer.

On the topic of full-backs, Aaron Wan-Bissaka’s offensive abilities needed improving compared to last season. Everyone knew about his sensational defensive awareness, but going forward and his decision making were the two aspects to his game which required development. Unsurprisingly, he and Solskjaer clearly identified this, and the rise in his performance levels have been there to see. The right back has scored two Premier League goals this season, as well as an assist, to foreshadow the improvement made to his displays.

Another side of Solsksjaer’s human qualities was evident in his superb man-management skills, notably around Paul Pogba. After the Frenchman’s agent spoke of his clients desire to leave the club, on the eve of a crucial Champions League tie against RB Leipzig, a lot of people smelt the end of the road for United’s record transfer; a ‘no way back’ stance of the topic.

However, it did look as though Pogba was unhappy in himself. He wasn’t playing, had to deal with contacting Coronavirus and the team was in a weird patch. Since this blip though, Solskjaer expertly calmed down everything and gradually began to embed the player into his team. From then on, there was no looking back.

Pogba has since put in tremendous performances, helping his side climb the table as the games have come. Solskjaer exceptionally quietened the rumours, which coincided with appeasing one of his star names. Compared to the previous manager, it certainly is a change for the better.

Critics of Solskjaer will point to a failure in reaching a final during his tenure so far. Whilst this is a worrying trend, he will know this issue needs addressing, having been surrounded around a team of champions during his time as a player. Time will tell if fortunes will turn. Arguably, United are one of the favourites for the Europa League.

What is needed for Solskjaer is support from the whole Manchester United fanbase. Evidently, a lot of people are behind the Norwegian, but some might not be. However, causing tension and divide with people who share love and support for the club can only break down spirit and confidence. United are on a journey, and one that must be enjoyed.

The season isn’t over, but there is plenty to cheer about for a Manchester United fan. Despite couple of blips in recent weeks, enough authenticity exists to convey the idea that Solskjaer is the right man for United. No one expected United to be in the position they are in, and he has achieved this after dealing with a severity of issues. A trophy is needed, and quickly to give a definitive answer, but on the balance of evidence so far, United are on the right path with Ole Gunnar Solskjaer.