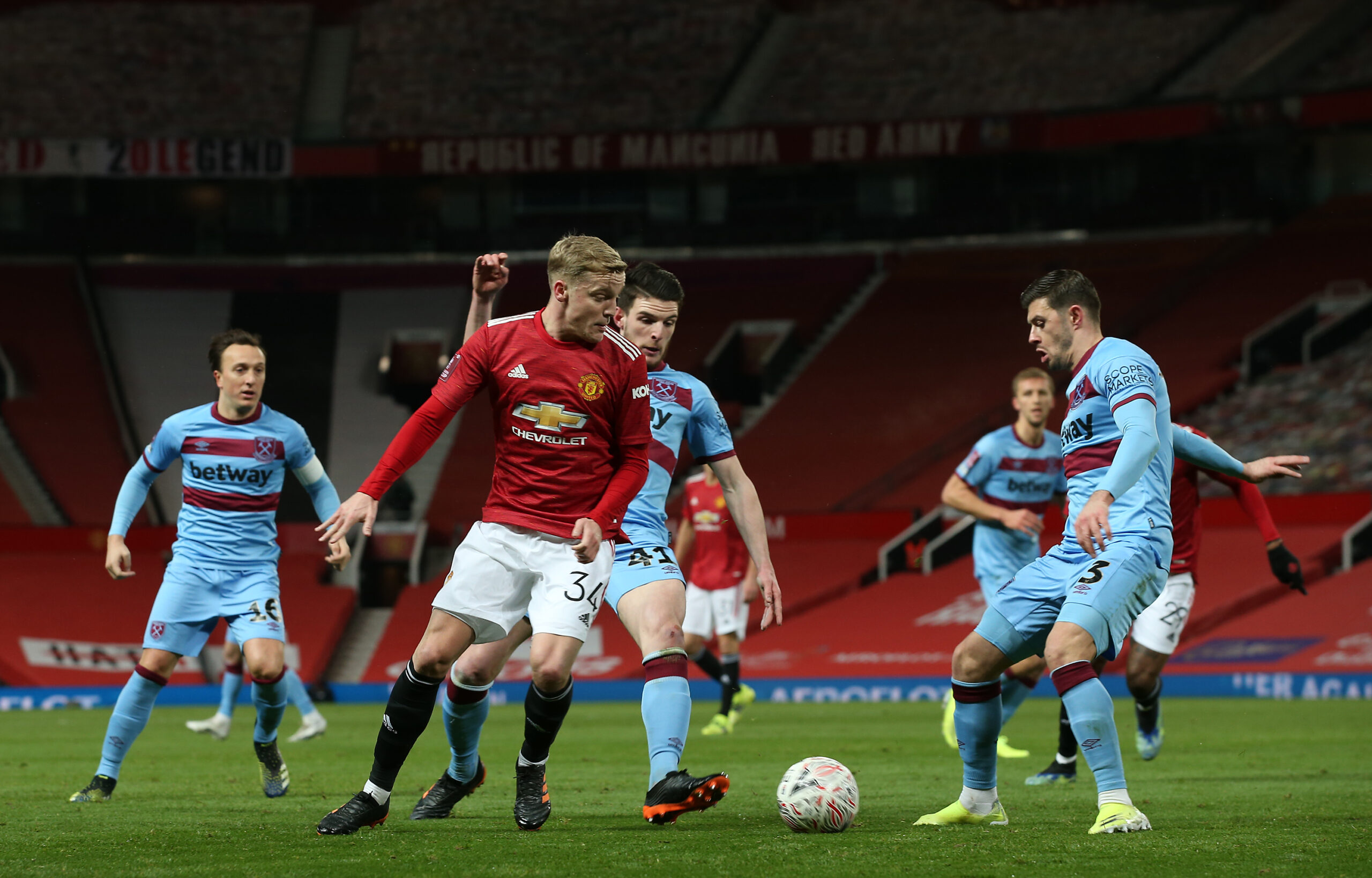 For many Reds around the world, the signing of Donny van de Beek from Ajax last September felt like it came somewhat out of nowhere. United left most of their business until fairly late in the adjusted window, but the young Dutchman was the first name through the door in a window that was dominated by talk of nothing but Jadon Sancho.

On the whole, it split the fan-base into two camps: one being pleasantly surprised with another addition, albeit in an already congested position filled with depth and growing in quality, the other presuming he was brought in as a replacement for Paul Pogba – and understandably so at the time.

Regardless, it didn’t take long for everyone to get behind the 23-year-old and beyond his already impressive showreel in the Champions League, in particular (and at such a young age), they soon caught a glimpse of what the mobile midfielder could bring to the team.

Coming in as another creative outlet in the squad, he marked his debut with a consolation goal in the 3-1 defeat against Palace, followed by an assist in the fourth round of the FA Cup against Brighton. Even a small backheel flick later in the competition against Watford, which didn’t even lead to a goal, showed signs of his effectiveness in the final third and the cries for him to be named in the starting 11 grew louder.

However, even with a large portion of United fans continuing to bang that drum, van de Beek remains somewhat on the periphery of the squad. It seems jarring to sign a bonafide first-team player, especially given the profile of the deal and what most already know he can do on a football pitch, and then play him so little.

Whilst he has enjoyed more minutes in cup competitions, he has only completed the full 90 on three occasions; since Boxing Day, he has been named on the bench in every league game, yet he has only been subbed on twice and for mere 52 mins total. His latest outing came in United’s most recent game against West Ham – once again, in the FA Cup – where he lasted 73 mins before being replaced by Bruno Fernandes.

On the other hand, despite those early bright sparks and clear signs of quality, the fact is that he has struggled to make a real impact in the games he has played, at least directly. Of course, goals and assists are the barometers with which most modern footballers playing in an advanced role are measured, but this does not mean he hasn’t made a wider contribution.

An area which cannot be overlooked when it comes to what talents he has displayed in his limited involvements is his movement; not only is his passing forward-thinking whenever possible, but he has shown a willingness to press the ball, intercept and, most intelligently, draw opposition players toward him to allow other teammates to find space.

One of the most frustrating aspects of his more recent performances (West Ham being just one example) is how regularly he made those forward runs between the channels and into the box, but players failed to either see the run, pick him out or even choose to make the pass.

The wider chemistry of the squad is obviously developed in training and off the pitch, match day is a different beast; it’s hard to build up that chemistry and understanding with one another when you spend a limited amount of time playing alongside each other. So, while some may not have been all that impressed so far, it’s easy to see why he hasn’t fully hit the ground running.

It’s important to remember how long it took the likes of Fred to settle in at the club. The Brazilian came in as an approximately £50 million signing that seemed to barely play in his first season and, like Donny, had to settle for appearances off the bench for a good while before he became fully integrated into the team.

Fast-forward to present day and the Fred-McTominay double pivot is Ole’s most trusted midfield pairing and go-to in the big games – who could have predicted that when they first entered the squad? Moreover, they are also regularly rotated depending on what fixture comes next and see it as part and parcel of playing at one of the biggest clubs in the world.

No matter the name, the price tag or who pundits, players and punters alike deem more gifted, no place is ever guaranteed the squad. UtdArena put together a wonderfully speculative and insightful thread on the back of his last performance, citing that while the system may not be the perfect fit, van de Beek can still play a key role.

Patience is a rare commodity in the modern footballing world. We’ve seen how little time people are afforded in a result-based business only recently with the sacking of Frank Lampard, and it wasn’t too long ago people were calling for Ole to suffer the same.

Nevertheless, one would think that qualified people at the club understand settling in is a process and, hopefully, fans will realise that too. The number 34 has already received the backing from Ole and other clubs legends like Bryan Robson and Dwight Yorke, who admit the competition for places has made things tricky but believe he will find rise to the challenge.

All that’s left for Donny to do is to make sure he works hard and earns his chances to break into the first team – that midfield is stacked with talent at the moment, so hard graft is both the best and only way to do it. As for those sitting at home watching, they need to make sure they stay behind him like any other player and, sure enough, his time will come.

The season’s not over, but Manchester United are on the right path with Ole Gunnar Solskjaer
Is it time to give Dean Henderson an extended run of games?
To Top