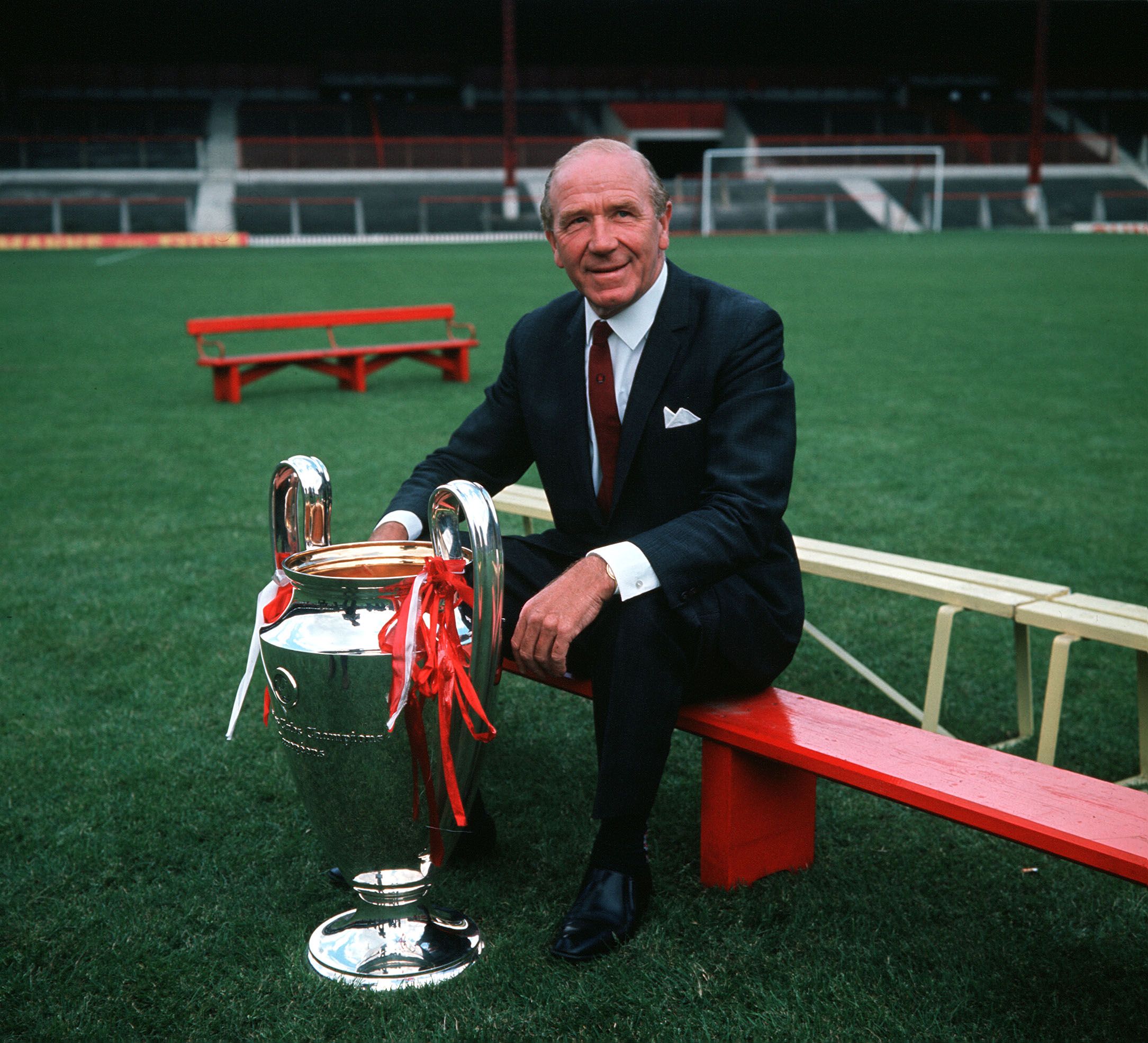 Manchester United may have won more trophies than any other English football club, but between the year of the club’s formation in 1878 and the beginning of the Second World War in 1939, the club experienced a variety of ups and downs, including debts, relegations, and potential bankruptcy. After the war, Man United started to become the powerhouse of football that the club is renowned for being today. And as any United fan knows, that was largely down to Matt Busby.

Amazingly, when Matt Busby was born in Orbiston, Bellshill, Scotland, in 1909, the doctor told the baby’s mother, “A footballer has come into this house today.” It did not take long for the doctor’s prediction to come true. As a teenager, Matt Busby played for the Stirlingshire Junior side Denny Hibernian. After only a few matches with the Hibs, Busby was signed to Manchester City, which was on the verge of gaining promotion to the First Division. Busby also played for Liverpool before going into management with Manchester United in 1945. So, Busby actually played for both of United’s two greatest rivals! Busby even played in two FA Cup finals with Manchester City, winning one of them.

When Matt Busby took over at United, he demanded an unprecedented level of control over training sessions, player transfers, and team selection, which allowed the team to play better than ever before. Busby led United to second-place finishes in the league in 1947, 1948, and 1949. In 1948, Busby’s team won the FA Cup. But it was not until 1952 that Manchester United won the First Division, which was the club’s first league title in forty-one years.

At present, bookies suggest Man United are the second-favourite to win the league this year, while Leicester City remains the favourite. But there is still time for the Red Devils to claim the top spot again. So, make sure you keep up with all the latest sports betting odds and news to see how things shape up in the coming weeks.

In 1956 and 1957, United won back-to-back league titles, and the squad was soon dubbed the Busby Babes by the media. The Babes were not only notable for being young and gifted. They were also notable because they had developed their skills with the club itself, rather than being purchased from other clubs as was customary at the time. Although Manchester United did not win the European Cup until 1968, the team competed in the European Cup for the first time in 1957, becoming the first English team to do so. They may not have won, but along the way, the Busby Babes scored United’s biggest victory on record, when they beat the Belgian champions Anderlecht 10-0. Tragically, the following season, the Munich air disaster happened, claiming twenty-three lives, including eight of United’s finest players.

After a few tumultuous years, Matt Busby began rebuilding the team in the 1960s and signed such notable players as Pat Crerand and Denis Law. Combined with new youth players like the formidable George Best, the new United went on to win the FA Cup in 1963. In 1965 and 1967, United became league winners again. The following year saw the team’s European Cup win when they beat Benfica 4-1. The team consisted of three of the European Footballers of the Year: Denis Law, George Best, and Bobby Charlton. In 1969, Busby resigned as manager, although he was persuaded to return for the 1970-1971 season.

Five years of Marcus Rashford: from academy prospect to superstar role model
Anthony Martial’s confident performance in City win showed just how valuable he can be
To Top