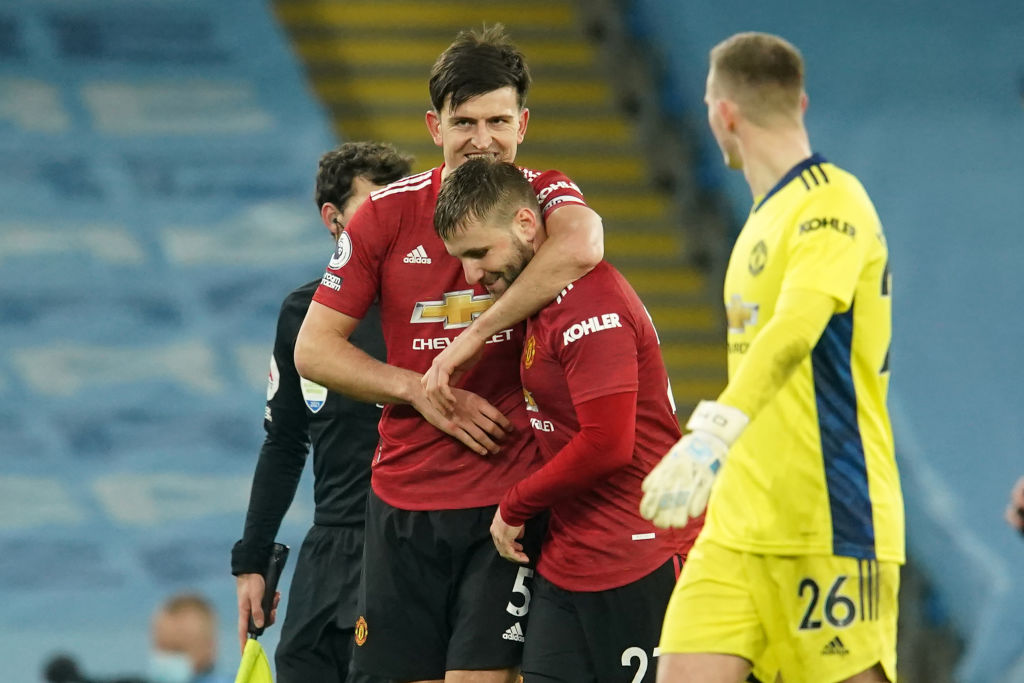 The last few days of madness surrounding the formation and quick death of the European Super League taught us many things. One of them was that the often split Manchester United fan base is actually able to come together and get behind the club en masse. Another was that this club finally has a spine of leaders at its core once again.

The post-Sir Alex Ferguson era at United has seen many things go wrong on and off the pitch.

Off it, things have been all over the place at board level — subsequently overseeing a largely unsuccessful eight years of football marred with bad recruitment and a lopsided wage bill.

On the pitch, United have not touched the Premier League nor the Champions League trophies since the legendary Scot called it a day. There are many contributing factors to this issue, but arguably the consensus biggest problem has been the lack of leaders pulling on the famous Red shirt week in week out.

Sir Alex himself too had some hit and miss transfer window ventures, but he always knew — more or less — what his squad needed in order to maintain regular success. Once he left and the sporting and business sides of things were left in the hands of soon to be former executive vice-chairman Ed Woodward, any transfer policy present at United in the past died.

Instead of working with managers and trying to add valuable pieces to their respective puzzles, the ownership along with Woodward either didn’t back their managerial choices at all or prioritized the commercial aspect of transfer dealings instead. Signing marketable names such as Bastian Schweinsteiger, Radamel Falcao, Angel Di Maria or Alexis Sanchez — to name a few — was great in terms of shirt sales, but not so much when it came to on pitch performances and commitment to the cause.

United’s new strategy — or lack of it — meant that every year, the club was losing key leadership without ever replacing it. Rio Ferdinand, Ryan Giggs, Nemanja Vidic, Rafael, Patrice Evra, Michael Carrick, Wayne Rooney — the list could go on — have all left over the last decade and their ‘replacements’ were merely passengers looking for a pay day.

Similar accusations could be thrown the way of United’s last two managers. Louis van Gaal and Jose Mourinho both boast glorious CV’s, but — in hindsight — all things considered, they were never really the right fit for a club like United. The Reds board wanted to try and get back to winning ways as quickly as possible, and that may have been part of the downfall.

Failure after failure led to things being taken back to basics and Ole Gunnar Solskjaer being hired — initially on an interim basis, and a three year deal soon after.

Mentored and inspired by Sir Alex himself, Solskjaer’s managerial career has revolved around his idea of what he would one day want his own Manchester United side to look like. Upon arrival, a mass exodus was inevitable. Solskjaer was keen to perform a major cultural reset and re-instill the ‘United DNA’ from day one, whether he would get the full time job or not.

Departures commenced during his first summer in charge and gradually, the Norwegian began piecing his own puzzle — patiently scouting and recruiting players that embodied what he wanted to see in a Manchester United side. Good footballers that fit the system of high-tempo, attacking football but also — arguably even more importantly to Solskjaer — strong characters with aligned core values.

The Norwegian has been preaching the ‘United DNA’ tirelessly during his time at the helm. At times of adversity, many hold that against him. But unfazed by outside noises, Solskjaer persisted doing what he thought was best for the club behind the scenes.

With time, this current United side has not only shown tremendous progress on the pitch, but they have also become the most likable and relatable United side since Sir Alex’s last title winners.

What we see on the pitch every week is selfless unity, passionate celebrations and a family-like huddle after every goal. This team at times resembles big United sides of the past. This team is evidently fully committed to the cause and to what their manager is putting across. The fact that they have won 28 points from losing positions this season is credit to the strength of characters in charge and on the pitch.

But — perhaps most importantly of all — this team cares for and hears the fans.

Utter chaos broke out when the European Super League plans were announced shortly after United put Burnley to the sword last weekend en route to all but securing Champions League berth for next season. Fans of all clubs fumed and voiced their frustration. Not only at the potential of a competition that would discourage competing, but also the lack of communication in the formation of it.

Managers and players were virtually thrown under the bus in their respective media obligations over the last few days as many questions that nobody but the greedy business men all the way up above had the answers for were flung their way. United co-owner Joel Glazer was spearheading the whole operation as vice-chairman.

As we look back on it now, it was just a scare — albeit a big one. It was enough to ring some alarm bells as the game of football that we all know and love came close to being stripped off its fundamental values that it was built on.

In those few days — when the football faithful worldwide didn’t yet quite realize just how powerful their voices are — the leaders of all the clubs involved stepped up in their aid. In those few days, United fans found out that their club now consists of players that care for them and the badge.

In the many reported acts of players getting behind the fan protests, a few Reds stood out head and shoulders above.

Luke Shaw came through hours later with a thoughtful message of his own. Enjoying a career best season in which United fans have arguably embraced him the most, Shaw showed off his appreciation not only for them, but also for the club.

“Not a minute has passed when I haven’t thought about the current situation,” Shaw said in his statement on Twitter. “I wondered how I could express my opinion without causing any issues for my Club, which everyone knows I care about deeply.”

“I grew up watching the Premier league and Champions League and fell in love with the sport watching, what in my opinion are, the two biggest club competitions in the world … However, I worry that these changes could impact the sport that I and millions of others love.”

Until the whole ESL fiasco was officially ended with a club statement that explained United pulling out of the project, other reports of leadership behind the scenes surfaced.

Adam Crafton of The Athletic reported that the often reserved duo of Juan Mata and David de Gea “were aggrieved by United’s failure to communicate the ESL plan before the news broke out.” The report also claimed that “United players felt Solskjaer had been thrown under the bus” with the ESL’s sudden emergence.

Another report, also from the sources of The Athletic, claimed that Harry Maguire and Bruno Fernandes challenged Woodward about United’s involvement in the ESL on a Zoom call which involved a few players and the new Director of Football John Murtough. Fernandes particularly was reported to “have made his points in characteristic fashion.”

Of the above named players that stepped up to the rescue and lined up strongly behind their fans, all but Luke Shaw have worn the captain’s armband for United. This shows that they are in fact the leadership core currently at the club; a core that strongly identifies with the club and the supporters.

In an age when many modern footballers are questioned for their intentions and love for the game, the group at United showed that they are committed and that they are not blind to issues that are going on off the pitch — Rashford’s incredible fight against child food poverty being a prime example.

The last few days have also shown that in spite of only being in charge for not even two full seasons yet, Solskjaer is in process of building a formidable, tight knit squad that is on an upward trajectory towards the top.

After finishing third last season, United are currently second, constantly putting pressure and closing the gap on league leading Manchester City into the business end of the campaign — and still in with a chance of clinching their first piece of silverware together through the Europa League.

Admittedly, it is a process that has required patience and may well require some more. But attempts at fixing things quickly have backfired in the recent past. Solskjaer’s patient and careful approach is now showing fruits of the Norwegian’s labor on and off the pitch.