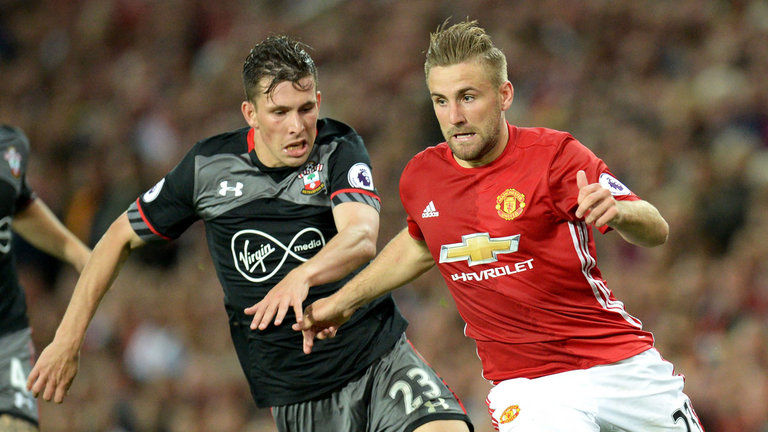 Luke Shaw has spoken out about why he turned down a chance to join José Mourinho’s Chelsea in 2014 in order to play for Manchester United, and whether this has had any effect on his relationship with the Red Devils’ new boss.

Shaw was heavily linked with Chelsea before he made the switch to Old Trafford, and after he made his £27m-move to Manchester, Mourinho said that signing a young left-back for the Blues may have upset some of the senior players in the squad.

The English defender suffered a horrific injury at the start of last season, just as he was hitting form under Louis van Gaal. However, now fully fit, he has the chance to work under Mourinho after all.

As reported by Kevin Palmer, Shaw revealed why he turned down his boyhood side to play in Manchester.

“I thought I could play more football in Manchester so that’s why I picked them,” he said. “Patrice Evra was leaving (for Juventus) and Jose, at that time, had a solid back four that I knew he liked. So, even though Chelsea were much closer to my home, I felt United were the better choice for me.

“I was never focused on the money side at that point. The main thing for me was playing. It wasn’t to do with wages. It was about football.”

Shaw went on to say that himself and Mourinho had joked about him not signing for Chelsea in 2014, and insisted there was no hard feelings between the pair.

“We spoke about it. He said it to me first, I was just going to leave it, then he had a joke at me about it,” said Shaw.

“There are no hard feelings. It wasn’t even a talk we had to have to clear the air or anything.”