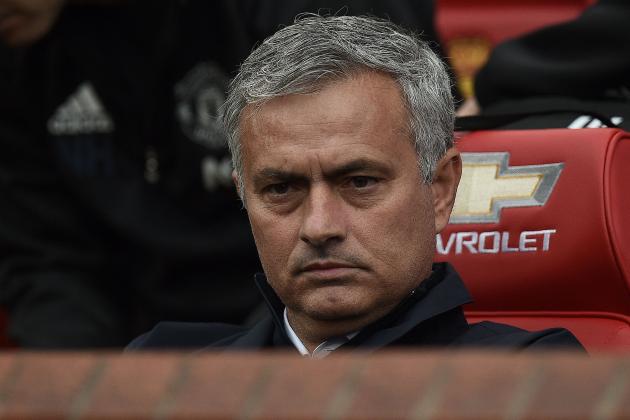 Saturday’s gladiatorial showdown between the two sides of Manchester was a showcase of some of the best football the league has seen in a long time. More so, however, it was a taste or what’s to come and the potential of this fiery rivalry.

In Spain, El Clasico has always been the match to look towards throughout the year. When the rivalry between former colleagues Guardiola and Mourinho materialised, this attention was intensified; not just Spain’s, but the entire world’s eyes were turned to the match to watch an exhibition of talent and competition.

Now, the Manchester Derby has a very familiar aura. In recent years, the fixture had become more of a highlight due to the ascent of Manchester City. Due to the arrivals of the world’s two most famous coaches, it has been taken up a notch. Similarly to El Clasico, the entire world’s eyes were on Manchester.

Averaging 3 goals per game, the Blues came into the game with an extremely potent attacking threat, albeit with the controversial absence of Sergio Aguero. On the contrary, United’s defence had proven solid with the rapid rise to prominence of Eric Bailly and Daley Blind’s quiet assurance, conceding just 1 goal in 3 games.

City’s attacking prowess continued into their 4th game. They were all over United during the first half, having the lion’s share of possession and perpetually creating chances. Helped by the incredible performance of Kevin De Bruyne, they quickly went 2-0 up.

Moreover, United’s previously assured back-four looked more shaky than previous games and, at times, overrun by Guardiola’s swarming tactics. The midfield of Fellaini and Pogba proved to be too static and immobile to cope with the packed midfield of the opposition, worsened by the mesmerising movement and vision of David Silva, who has enjoyed something of a renaissance under his compatriot.

As well as this, United’s attack was isolated and muted. Jesse Lingard had a wretched game, struggling to get involved and failing to provide any degree of an outlet when he managed to do so.

The Armenian Mkhitaryan was a doubt for the match in the proceeding days after suffering an injury whilst on international duty, and was narrowly passed fit. This showed as he severely lacked sharpness and failed to inject his usual pace and guile into the game.

Wayne Rooney got stuck in, occasionally breaking up play and acting as the engine of the team’s attacks, though few and far between. Overshadowing this, he frequently squandered the ball and frustratingly hindered the progress of the team into the 3rd phase.

Zlatan Ibrahimovic, a striker who thrives off the mobility and chance-creation of the attacking midfielders and wingers, was inevitably quiet. Also, he was struggling to come deep and be effective as he had done in the previous matches.

This was a pattern that looked sure to continue until the mistake of new arrival Claudio Bravo allowed Ibrahimovic to capitalise with exquisite technique, volleying in to pull one back for the Reds. Following this, United went into the break with a newfound confidence and belief.

This improved mindset continued into the second half and transpired into much better football. Rather than being on the back foot and being bullied by City, United got a real grip on the game and started to play the way they have shown they’re capable of.

One of the primary differences was Paul Pogba. United number 6 was moved into a more offensive role by José Mourinho, allowing him to see more of the ball and provided the missing link between midfield and attack, as he does so well.

With Rooney moved out to the right, his industrialism allowed Valencia to overlap more frequently without exposition. Along with Luke Shaw on the left, the two began to stretch City’s structure and create many more chances for United.

A real highlight, however, came from the ever-improving Marcus Rashford. The 18 year-old from Wythenshawe has stunned fans across the globe with his rapid rise to stardom, and he proved why when he came on. Instantly making an impact, he got on the ball and made things happen. Taking on his man, playing quick one-twos and fashioning real chances, he caused many to question why he hadn’t been doing so from the 1st minute.

Zlatan Ibrahimovic and the lately-introduced Anthony Martial also added extra threat to the attack, but United fell just short. Due to the lingering threat of City’s excellent attacking football, United could never throw absolutely everything at the game. As well as this, the team failed to take several great chances and paid. It could also be argued that United could have seen more decisions go their way, such as the potential red card offence from Claudio Bravo and a couple of calls for a penalty.

In spite of this, City did seem the greater side over 90 minutes. Their stunning first half cannot go unnoticed, and the admirable 2nd half resilience that followed made for a great overall performance from Guardiola’s side.

United may also take several positives from the game. The attack proved it could cause trouble for even the best defences. Our own defence, although initially troubled, remained as assured as an defence could be against such a potent attack. Lastly, that boy Rashford has continued his stunning ascent and has got all Reds buzzing for what the future holds for the teams he’ll feature in.

Most importantly, though, the Derby didn’t disappoint. Reminiscent of El Clasico, it was a superb exhibition of talent and competition. This is a rivalry that will continue to dominate our screens and the news. Subsequently, this season and the following years are set to be the best this city has ever seen.