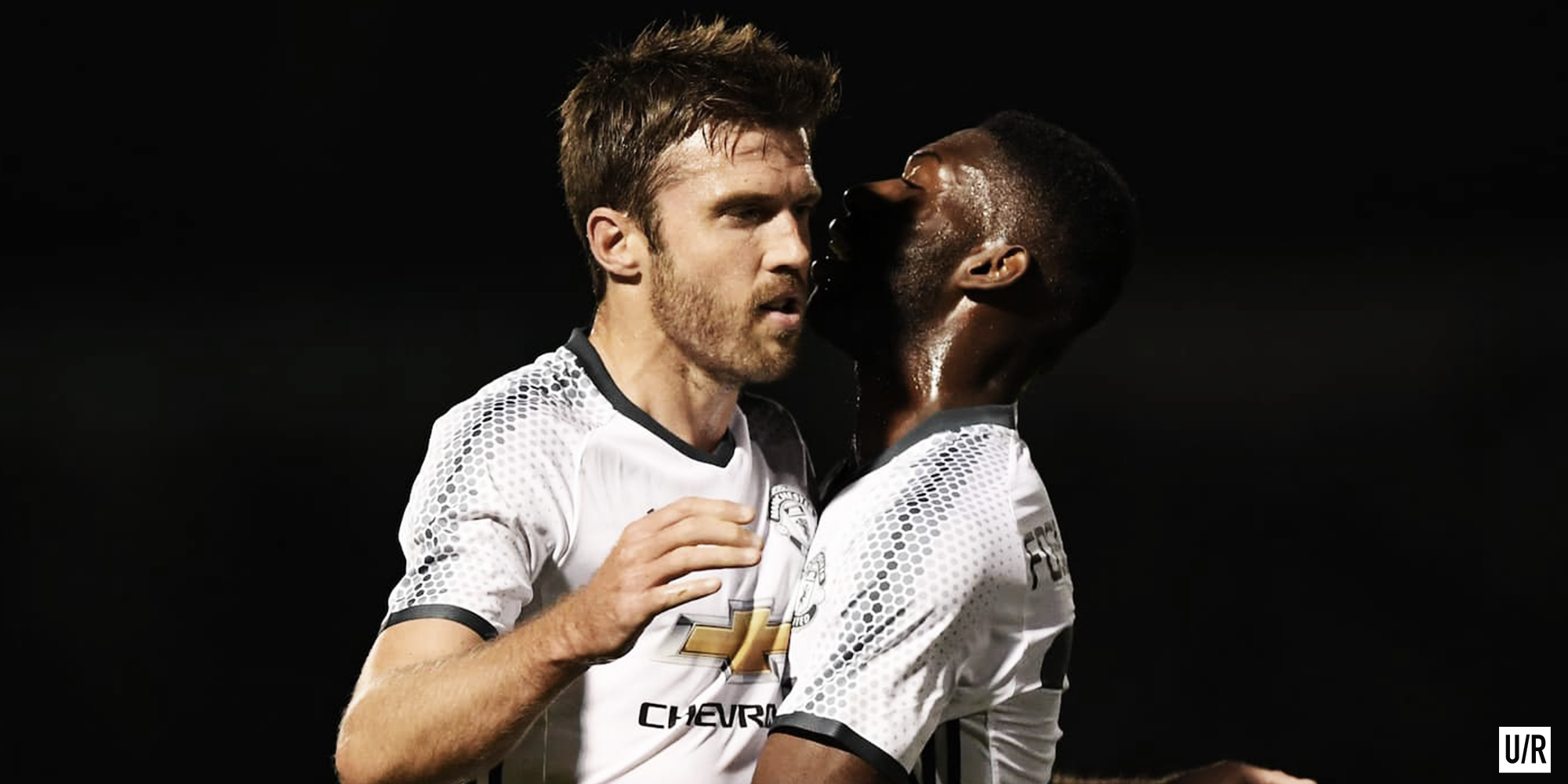 Heading into the summer of 2016, one of the strongest areas of Manchester United’s squad was in the centre of midfield. Morgan Schneiderlin, Ander Herrera, Michael Carrick, Bastian Schweinsteiger and Marouane Fellaini provided United with a wealth of options in the middle of the park, something that had mysteriously been missing in the later years of Sir Alex Ferguson’s reign. Despite this however, the midfield lacked a cutting edge in attack and United’s play was often devoid of any sort of creativity in the 2015/2016 season, resulting in some of the most dire bits of football that United fans have ever seen from their side, and this style of play was one of the biggest factors that led to Louis van Gaal losing his job despite having won the FA Cup.

Incoming manager Jose Mourinho addressed this straightaway and went for the jugular by shelling out a world record 89 million to bring back Paul Pogba from Juventus. Having grown to become one of the best midfielders in the world during his four seasons in Turin, it was believed that Pogba was the last piece of United’s midfield jigsaw, and by signing him United finally had a midfield that could dominate games not with sterile possession, but with genuine attacking purpose– just like the old days.

Things have not gone to plan, however. Whilst Pogba has had a decent first season– he has created more chances and has completed more forward passes than any other midfielder in the league– he has yet to hit the heights that he reached at Juventus. This could be down to Mourinho significantly altering his role, switching him from his left-attacking midfield position at Juventus, to being one of the two holding midfielders in a 4-2-3-1 formation, although Pogba has also played at left-attacking midfield in a 4-3-3 when Mourinho has deployed that formation. Whilst Pogba has had some fantastic moments, he has yet to consistently take charge of a game and be the difference maker for his side, whilst his defensive discipline has also been lacking in his holding role. This, however, is expected from a 23 year old who arrived for his first season in the Premier League without a pre-season, and given the weight of expectations because of his enormous fee, the powerful Frenchman has done well to become a significant part of United’s play, and has shown signs of adapting to Mourinho’s famous tactical requirements.

A common observation has been that Pogba’s struggles are down to the fact that he is currently without a suitable midfield partner, and the constant chopping and changing of players around him adds weight to the notion. Theoretically, the midfielder who was most suited to partnering him in the eyes of many at the beginning of the season was Morgan Schneiderlin. A good reader of the game, possessing a decent passing range and more than capable of getting around the pitch, Schneiderlin was the perfect foil to bring out the best of his fellow countryman. However the ex-Southampton man appeared to be carrying the scars of the Van Gaal era. He barely featured under his new manager, making just three (?) starts and a handful of substitute appearances, and was promptly shipped off to Everton in the January transfer window, later accusing Van Gaal in a recent interview of turning him into a “robot” at United.

Instead it was Marouane Fellaini who partnered Pogba when the Frenchman made his second United debut in the second game of the season against Southampton. The pair started well, with United winning the game comfortably as well as the next, but were brought back down to earth in the Manchester derby at Old Trafford. Fellaini in particular had a torrid afternoon, his lack of mobility, awareness and limited passing range exposed and heavily exploited by the slick passing and movement of Pep Guardiola’s men. United were completely overrun in a disastrous first half, prompting Mourinho to throw on Ander Herrera at half time to try and sure things up. He succeeded, and although United were unable to take away anything from the game, Herrera’s presence on the pitch enabled United to gain a foothold on the game in the second half.

Ever since, the Spaniard has featured prominently in a wide range of roles and has become a key player for his manager in what has been the most successful season of his United career thus far, the height of which was his incredible man-marking job on Eden Hazard when Chelsea visited Old Trafford in April, a game in which the best attacking player in the league could not complete a single dribble nor have an attempt on goal, highlighting the brutal effectiveness of Herrera’s performance. If that wasn’t enough, he played in Marcus Rashford for the opening goal before adding to the scoreline himself in the second half. It was the type of all-action display that has won the hearts of United fans, with many of the opinion that the passionate Herrera should be named captain when Wayne Rooney leaves the club.

Herrera is not without his drawbacks, though. As the player who often leads United’s pressing, his natural tendency is to step out and challenge for the ball, an attribute that often leads to him being sucked out of position. When deployed as the defensive pivot alongside Pogba in a 4-2-3-1 formation, his tendency to step out of position breaks United’s compact shape and provides opposition forwards with space in front of the defence, and the damage is compounded by his partner’s relative lack of defensive nous. This was particularly evident in the EFL Cup final against Southampton, a game which United won thanks to Zlatan Ibrahimovic’s brilliance despite being outplayed by the Saints for large parts of the game. Herrera and Pogba struggled to cope with Southampton’s passing and movement, and the former Athletic Bilbao man was pulled out of position on numerous occasions in his attempts to win the ball, giving the likes of Nathan Redmond and Dusan Tadic acres of space in between the defensive lines, leaving United’s defence heavily exposed. Herrera is a typical box-to-box player and for him to be at his marauding best, harassing opposition players off the ball and carrying the ball forwards, he needs a midfielder playing behind him, in the no. 6 role, covering for him when caught out of position. It is therefore of little surprise that Mourinho has gone for a three man midfield with a 4-3-3 in almost every big game since the debacle in the Manchester derby.

The player who has predominantly inhabited the no. 6 or the regista role for United this season has been Michael Carrick. Limited to a few substitute appearances at the beginning of the season, Carrick has gone on to be a key player for United in his tenth season at the club. His presence has brought balance to the team, allowing Herrera to step out and destroy play as well as giving Pogba the freedom to push up further, whilst his immaculate vision and passing range has allowed United to dominate proceedings in most games, so much so that it could be argued that United’s season has been largely shaped by the contribution of the two 35 year old’s in their ranks– Carrick and Zlatan Ibrahimovic. Even when played alongside Pogba in a 4-2-3-1, Carrick has been much more composed than Herrera, although Mourinho has barely used him there and the Englishman would almost certainly struggle in the role when up against a top side. Despite his stellar season, there is no discounting that Carrick cannot be a viable solution for the long term, and there are still doubts on whether he will sign a new contract, with retirement frequently mentioned.

The other player who could have fulfilled Carrick’s role was Bastian Schweinsteiger, who was infamously banished to the Reserves in pre-season. He did however end up winning back his place in the team before leaving for Chicago Fire in the January window. United are now severely depleted in midfield, with two having left in January and retirement seemingly looming for another, and they need to address this shortage in the upcoming transfer window by signing not just one, but two midfielders, especially if Carrick retires.

So just who should United bring in?