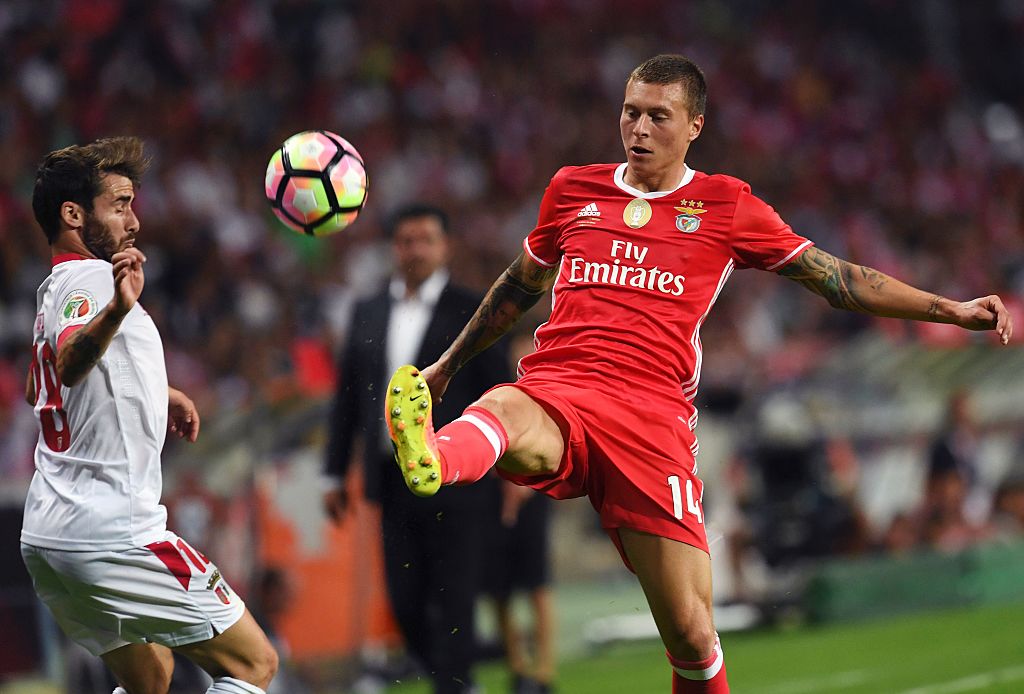 Manchester United have not seen a commanding centre-back pairing since the days of Rio Ferdinand and Nemanja Vidic, a pairing which was always going to be tough to replicate. While United centre-backs in recent years have had numerous issues (see Phil Jones and Chris Smalling), the signing of Eric Bailly last summer pointed to a bright future in central defence. While somewhat of an unknown quantity, having arrived from Villarreal, Bailly quickly made himself indispensable, with his departure in January for the AFCON leaving a gaping hole.

Despite arriving with a lack of fanfare, he was arguably United’s most successful signing last summer, edging out Ibrahimovic and Pogba. Mourinho is set to repeat the same formula this season: while United are linked with big names in Morata, Rodriguez and Belotti, a crucial addition will have to be made in defence. That looks increasingly likely to be Benfica centre-back Victor Lindelöf.  Just as with Bailly, Lindelöf is somewhat of an unknown quantity for most United fans, given that he plays for Benfica. But while Michael Keane is a more well-known target, his capture would be rather underwhelming. If United fans had a fear of the unknown previously, Bailly’s success should provide reassurance.

A partnership of Bailly and Lindelöf will certainly be the second coming of Ferdinand and Vidic. For all of Bailly’s bluster, he does best with a calm figure next to him. Bailly is naturally aggressive, with his style of defending proving a huge hit amongst fans, just like how Vidic endeared himself to the United faithful. Lindelöf would provide the calming presence required for Bailly to flourish. But what does Lindelöf bring to the table?

Firstly, he averages 2.2 successful aerial duels per 90 minutes in the league this season, providing a presence that will be handy in both boxes. His average of 1.7 interceptions per 90 provide evidence towards his anticipation and reading of the game, allowing him to halt opposition attacks. It is also clear that he leaves the tackling to his partner, a role Bailly be willing to oblige, with just 0.6 tackles per 90, although he also rarely gets dribbled past (0.2 per 90) proving that he usually has the measure of his opposition. More importantly though is his passing, which is the main facet to his game. A pass success percentage of 89.9 and his average of 62.2 passes per game is an indictment of his comfort on the ball: willing to be an outlet in possession as well as start attacks. It is evident that his style will provide a perfect foil to Bailly’s aggression.

Smalling and Jones have attempted to be the Rio to Bailly’s Vidic, but have failed for many reasons: poor anticipation, a lack of quality on the ball and a near-abysmal injury record amongst the many drawbacks. Daley Blind could operate in a Rio-role but is not as well-suited as Lindelöf. Keane himself operated in a Bailly-type role last season which points to the capture of Lindelöf as the better suited option in strengthening United’s defense.

Pursuing Lindelöf will allow United to spend big on other positions, making it a no-brainer. United’s transfer history (or lack of) with Benfica may mean that the Lindelöf pursuit may remain protracted, especially since he nearly joined in January only for Mourinho to veto the deal. Rest assured though, the purchase of Victor Lindelöf will be an astute one, likely to reap dividends. Old Trafford will then finally see the second coming of Ferdinand and Vidic.