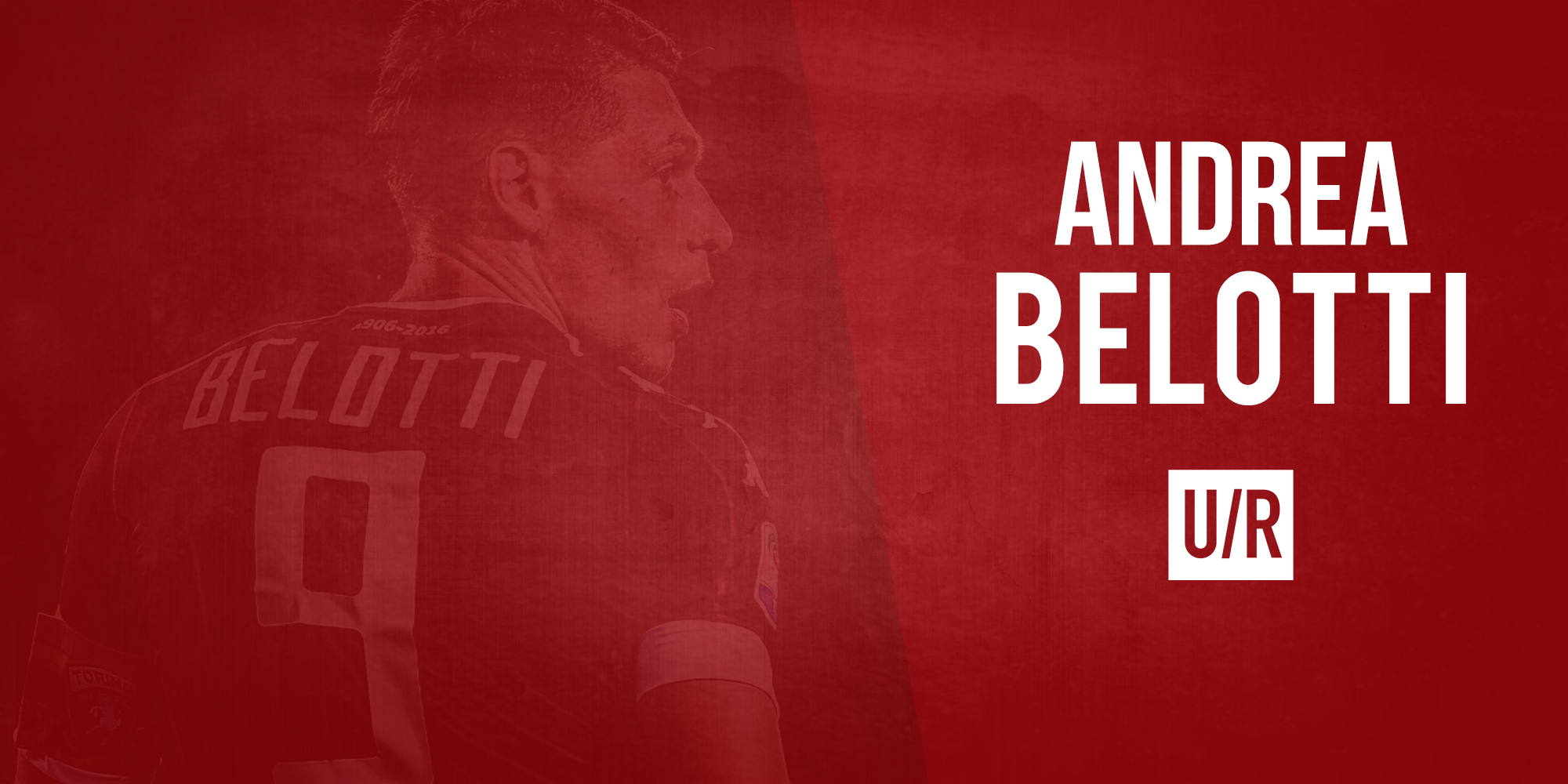 Andrea Belotti is a classic number nine. A number nine that is riding on the crest of a wave so high, seeing both his confidence and value skyrocket in the past year. The second half of his first season in Torino was good, his second season was spectacular, and his stock in the Italian squad continues to rise rapidly.

In the past season in Turin, Andrea Belotti exhibited almost everything a classic striker should have. His athleticism when driving forward is almost unstoppable whilst his movement remains as acute as it is aggressive. A knack for being in the right place, a thirst to score goals, a willingness to help those around him, all make the Italian the player and the man he is. Il Gallo, the rooster, attacks crosses better than anyone and scored more headed goals than any other player in Europe’s top five leagues; service from the likes of Henrik Mkhitaryan and Anthony Martial would only be a boost.  Perhaps the biggest skill possessed by the 23-year-old is eagerness; never resting on his laurels, constantly learning and constantly on the move.

His ability off the pitch is often overlooked, the confidence to speak up and be a dressing room presence is not common place for many but Belotti is not many. Captaining Torino in eight of their last twelve league games, the Italian striker capped a fine personal campaign and scored the last goal of their season perhaps treating them to his famous celebration for one final time.

Given the choice of Alvaro Morata or Andrea Belotti many fans would point to Champions League statistics and ‘big game’ moments which is entirely unfair. The latter is yet to feature in European competition, instead plying his trade behind Dybala and Vazquez in the pecking order at Palermo before becoming the star man at Torino. Despite their ninth-placed finish Andrea Belotti managed eight goals and two assists in the sixteen games played against those above his team in the standings and also hit two hat-tricks, one against former side Palermo.

If a snap election was called tomorrow, Andrea Belotti’s manifesto would be appealing. It would cater for the needs of the club and provide an end product to the hatful of chances created. An almost clean injury record, imposing athleticism, and a firm playing position; Andrea Belotti would bring a strong and stable leadership to any frontline.