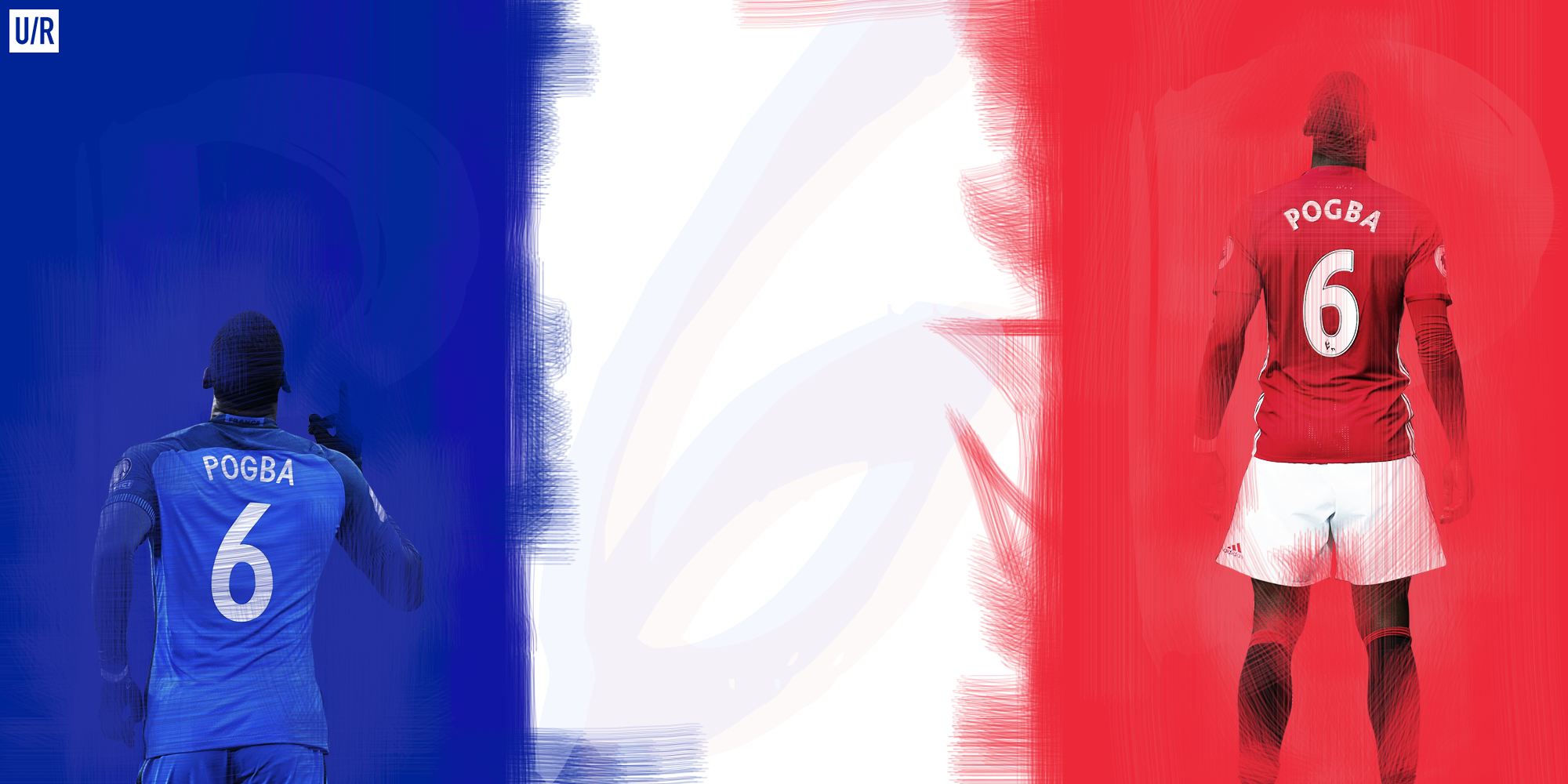 Regular viewers of Manchester United’s fixtures last season would know just how capable Paul Pogba is with a ball at his feet. Those who watch him know that despite the persistence of Twitter’s finest, posting six-second videos of the Frenchman’s mistakes doesn’t equate to everything he does well whilst donning the number six.

However, everything was forgotten last night as the 24-year-old pulled on the shirt for Les Bleus. For ninety minutes, every haircut, every celebration, every social media post and every misplaced pass from last season became extinct to the footballing world. People appreciated him, and it’s about time. Standing at 6ft 3inches tall, with La Marseillaise, the French national anthem, playing in the background, Pogba was about to go to war with the country in which he makes a career in, but also in front of the supports who shared plenty of doubts about his ability during the past season. What followed was a mastery of a midfield performance, dominating those who tried to challenge him, well, those who got close to him.

A friendly or not, the midfielder’s performance silenced almost every critique on Twitter. Instead, only praise was attached alongside his name. It was a glimpse of the type of performance Pogba can display, and some would say that last night’s performance at the Stade de France was similar to ones that United’s number 6 had shown last season, but the difference being dynamic duo Kylian Mbappé and Ousmane Dembélé being on the end of the passes created by Pogba’s artistry.

Playing with better players allows genius to shine through, and it’s something one José Mourinho should take note of if the Manchester United boss was watching last night. Kylian Mbappé’s ability to stretch opposition defences with his acute movement allows those of high ingenuity to exploit the opposition, and Paul Pogba holds that ingenuity. United’s closest thing to Mbappé, Marcus Rashford, can replicate it at Old Trafford, however, the 19-year-old’s finishing, along with Zlatan Ibrahimović’s, has been the difference between recognition and condemnation for Paul Pogba. Didier Deschamps’ side was built around Pogba.

The former-AS Monaco manager deployed a 4-4-2 formation as his side took on England, and despite being a man down after Raphael Varane’s dismissal, his side still contained enough balance between attacking prowess and defensive solidarity to see off England. Pogba’s usually said to perform best in a three, given his success at the Bianconeri, however, that myth was perhaps put to bed after his dominant performance last night, alongside Chelsea’s N’Golo Kanté. How Pogba performed last night can only provide José Mourinho confidence in what will come next season, but recruitment is vital if Mourinho is to ensure that the Adidas phenomenon is able to perform to the best of ability.

Much like N’Golo Kanté, Mourinho needs to set his sights on a defensive midfielder who unleashes Pogba to work his magic. Those who are suggested to be targetted by Mourinho are the likes of Fábio Henrique Tavares, better known as Fabinho, as well as Nemanja Matić. Either of the two would allow Pogba to forget his defensive duties to an extent and roam forward to produce the numbers that are expected of him. Of course, with Champions League football under the clubs belt as well as two trophies last season, bigger and better signings were expected than the possibility of signing Matić, who didn’t enjoy the greatest season under Antonio Conte. However, the midfielder that United have desired since Paul Scholes retirement is now at the club, in Paul Pogba, and however best Mourinho can make Pogba’s ability rise to the fore, signing a player of the calibre of Matić is something fans should not look away at first glance.

Fabinho, though, is the best option for Mourinho to ensure mediocrity is excluded in the side whilst allowing Pogba to do his thing. The Brazilian made 1951 passes for Monaco in Ligue 1 last season, more than both Nemanja Matić (1826) and Eric Dier (1913). He also outshone the London duo significantly with his tackles won, winning 77 compared to Matić’s 37 and Dier’s 35. Better yet, Fabinho’s ability goes further than just a defensive contribution, his offensive numbers are also impressive. Monaco’s number 2 scored nine goals in Ligue 1 last season, eclipsing Matić’s 1 and Dier’s 2.

Once Pogba has that freedom, he then has to create something. United’s forward line didn’t do enough last season with the chances providing by the 24-year-old, and despite Zlatan Ibrahimović’s contribution for the club last season, his missed chances are partly to blame for United’s unforgettable 6th place finish. The addition of Álvaro Morata seems to be a statement of intent by Mourinho.

Only Lionel Messi has a higher minutes per goal rate (77) than the Spaniard (89) in La Liga last season. Morata and Pogba also played together during their time at Juventus, in which the club reached the Champions League final, losing to Barcelona 3-1, with the Real Madrid forward bagging Juventus’ only goal in the game. Given he signs for United, his presence could be a blessing for Pogba, who unfairly faced stick over his lack of assists last season whilst misfiring Zlatan Ibrahimović took all the plaudits.

To spend a world-record fee on the services of Paul Pogba, José Mourinho must see the Frenchman being the base of his team. It’s clear to see after just one season that the lack of quality in United’s squad fails to bring out the best of Pogba, despite the enthusiasm of the Lagny-sur-Marne-born man. With Victor Lindelöf joining as Manchester United’s first acquisition of the summer, the Old Trafford faithful will be hoping a new batch of talent will be donning the badge on the turf of the Theatre Of Dreams next season.