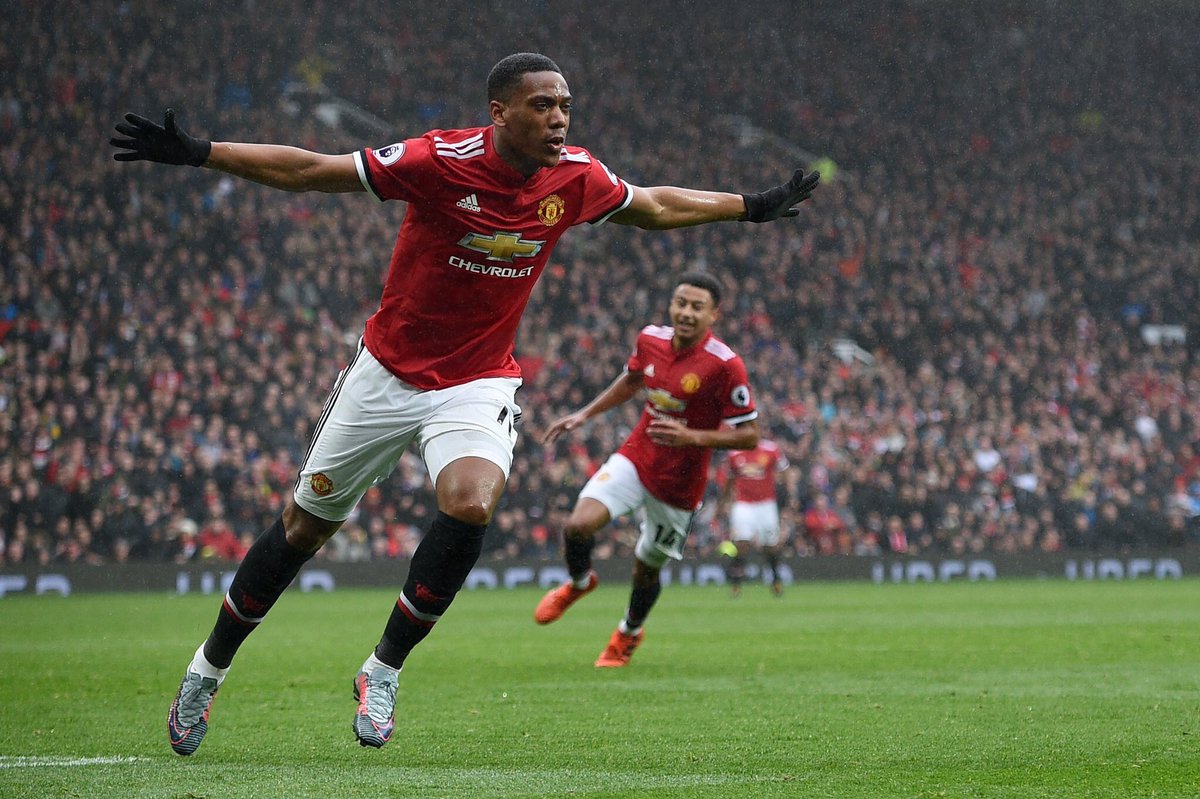 Manchester United have made a statement, beating Tottenham Hotspur 1-0 at Old Trafford. A close game between two title challengers was won by United when Martial grabbed a goal 10 minutes before full time. The 3 points moves United closer to Manchester rivals City, who face a tough away fixture to West Brom.

Mourinho decided to opt for a back 3 for today’s match. Jones and Bailly returned from injury, and Rashford was able to start after fears he had picked up an injury. Spurs also went for a 3 at the back formation, with their biggest lineup news being the absence of Harry Kane, who is dealing with a hamstring injury. Instead of Llorente however, Son was given the start up top in a more central position to what he is used to.

United almost grabbed a goal before the minute mark. Lukaku was played the ball on the wing, and he beat Dier off the dribble to get a low cross off. Rashford was open at the back post, but Lloris did well to come out and intercept the cross.

A Lloris turnover gave United another chance to attack the Spurs goal. The goalkeepers fluffed up pass fell to Rashford, but his shot was blocked. The ball found Lukaku, but his cross to the far post found no one.

Rashford tried his luck with a long range free kick, and was able to force a save out of Lloris.

United then just barely avoided disaster. De Gea came out to collect a routine cross, but ran into Jones, and dropped the ball. Thankfully for United, the ball fell to the feet of Sissoko, who skied it miles over.

An argument over a drop ball lead to Alli and Young coming face to face, before Alli was shoved away by Lukaku. Both men escaped a booking.

There were no further instances in the first half. Both teams clogged up the middle of the field, making it tough for either to find space and create chances.

Early in the second half, United were able to carve out the best chance of the game. A Mkhitaryan shot was saved by Lloris, but he spilled the rebound. Davies was able to clear it away right before Rashford could get a foot to it, but the clearance only found Young. He picked out Micky, and his low cross was barely dealt with by Lloris.

Spurs made a double substitution, with Llorente and Dembele coming on for Son and Sissoko.

A United corner was headed out, but it fell kindly to Valencia, who smashed it just over the bar. The right back clearly had visions of his goal vs Everton in head when going for the shot.

Jesse Lingard, who scored twice midweek in the Carabao Cup, came on for Mkhitaryan. Soon after, Martial came on for Rashford.

Lukaku finally got played through on goal, but his shot was from a tight angle, and could only force a decent save out of Lloris. Valencia picked up the ball and went to ground in the penalty area, but he was booked for diving for his troubles.

Spurs created their first chance of the match, and should’ve grabbed the first goal. A delectable cross from Eriksen put Alli through on goal. However, Alli couldn’t get a good enough contact on his volley, and his effort went just wide.

Lingard found space on the wing and played a cross into the penalty area. Lukaku won the header, and directed it onto goal. His effort beat Lloris, but hit right off the post.

United were rewarded with their second half attacking impetus, finally grabbing a goal. A long De Gea goal kick flew to Lukaku, who expertly flicked the header on. The ball went right past the Spurs defence and put Martial through on goal. It was a calm and cool finish from the Frenchman, putting it past Lloris. It was a massive goal for United, and for Martial.

Jesse Lingard was our through on goal after Spurs threw everyone forward, but Eriksen was able to put enough pressure on him, and Lingard could only smash it over.

Darmian came on for Young to try and lock up shop defensively.

It didn’t matter much, as the next clearance allowed the referee to blow for full time, giving United the win and 3 key points in the title race.

Manchester United’s next match is on Tuesday, when the Red Devils host Benfica in the Champions League, before travelling to London to face Chelsea on Sunday.