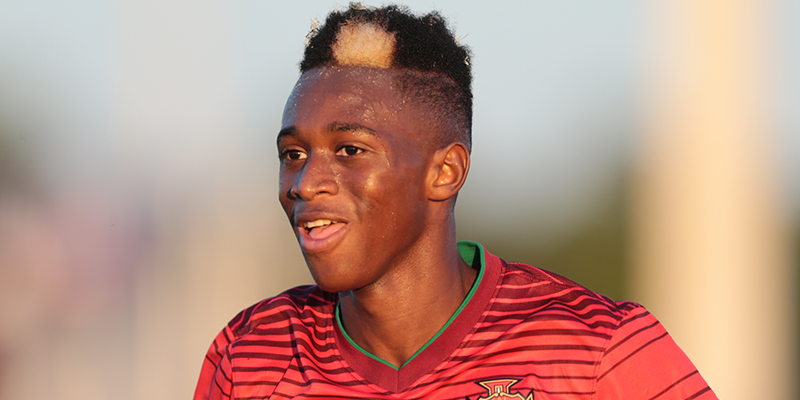 Manchester United have lined up a deal to bring Benfica forward Umaro Embalo to Old Trafford in January.

Embalo, 16, has been a target for the Red Devils for a while now, after impressing scouts during a tournament.

The club are reportedly confident of the attacker moving to England in the new year, fending off interest from Real Madrid.

Embalo can play on the right-wing, or up front, and being left-footed, models his game on his idol and former United star Angel di Maria.

The teenager is yet to feature for Benfica’s senior side, yet has performed plenty of times for the Portuguese club’s U19s.

Manchester City and Liverpool were also reportedly interested in Embalo, yet due to United’s strong relationship with Benfica, the Red Devils were able to get the deal over the line.