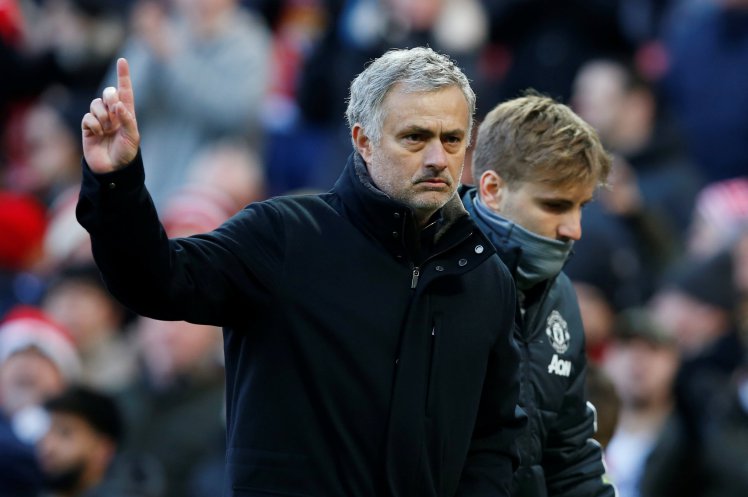 Although Manchester United’s fight back against Crystal Palace on Monday night provided as an exciting spectacle for fans across the world, the outcome of the match could have been entirely different. Despite his joy in claiming all three points, after falling 2-0 behind, Jose Mourinho admitted that his side had conceded, ‘so many defensive mistakes.’

The reference to United’s ‘defensive mistakes’ was not solely confined to just the defenders, but in actual fact the whole side, who struggled to operate in a fluid manner, whilst also looking very susceptible whenever Palace got at them with the ball.

The lack of philosophy or distinct system has perhaps been Mourinho’s biggest criticism from fans this season, as despite possessing the ability to grind out results, some of the attacking football hasn’t always been consistently special. However, when analysing United’s strongest performances this season, there is clearly a correlation between results and the implantation of the 3-5-2 system, a formation that provided the Red Devils with arguably their most impressive performance of the season against Arsenal away.

The system of operating with three center halves does also seem to get the best out of Victor Lindelof, as due to formation putting emphasis on the defenders having to distribute the ball from deep, the Swedish international has flourished in such a role. By having two partners around him, Lindelof is therefore able to step out with the ball and act comfortably as the side’s sole ball playing defender, a notion that sparked a quicker style of play in United’s performance when going forward.

As well as looking rather secure defensively, the system also seemed to get the best out of United’s attack stars, where through their license to roam around the middle of the field, due to the wing backs occupying the wide spaces, the likes of Jesse Lingard and Anthony Martial had a field day. With Martial having the freedom to go up and support the normally isolated Romelu Lukaku, the constant movement from the Frenchman allowed him to find little spaces in the final third of the field and subsequently saw more of the ball than usual.

Although many United fans prefer to see Paul Pogba being utilised in a midfield three, the Frenchman’s license to go forward was however limited in this system, that sees him operate in a pivot with Nemanja Matic. On the contrary, the two sitting more centrally did however grant Lingard to play in the free role, a position where he is able to impact the game in both a defensive and offensive manner. The high pressing from United’s midfield was instigated by the lively Englishman and was a tactic that undoubtedly provided key in United’s opening two goals, forcing mistakes from the Arsenal defence.

The system is undoubtedly a demanding one for players but perhaps no more so than the chosen wing-backs, who have to continuously balance both their duties of defending and attacking, requiring a high standard of intelligence from the player in terms of his positioning on the field. Whether it be Antonio Valencia on the right or Ashley Young and Luke Shaw on the left, United’s fullbacks do however hold the right tools in functioning in this position if chosen to do so, particularly with their tendency to keep the width when United are in possession.

With two very challenging fixtures upcoming in both Liverpool and Sevilla, United certainly cannot afford another performance such as the Palace game, otherwise they run the risk of losing their two most important of the season. Perhaps a change in system is the most suitable policy to revamp the current side’s lack of fluidity, despite it coming quite late on in the season.