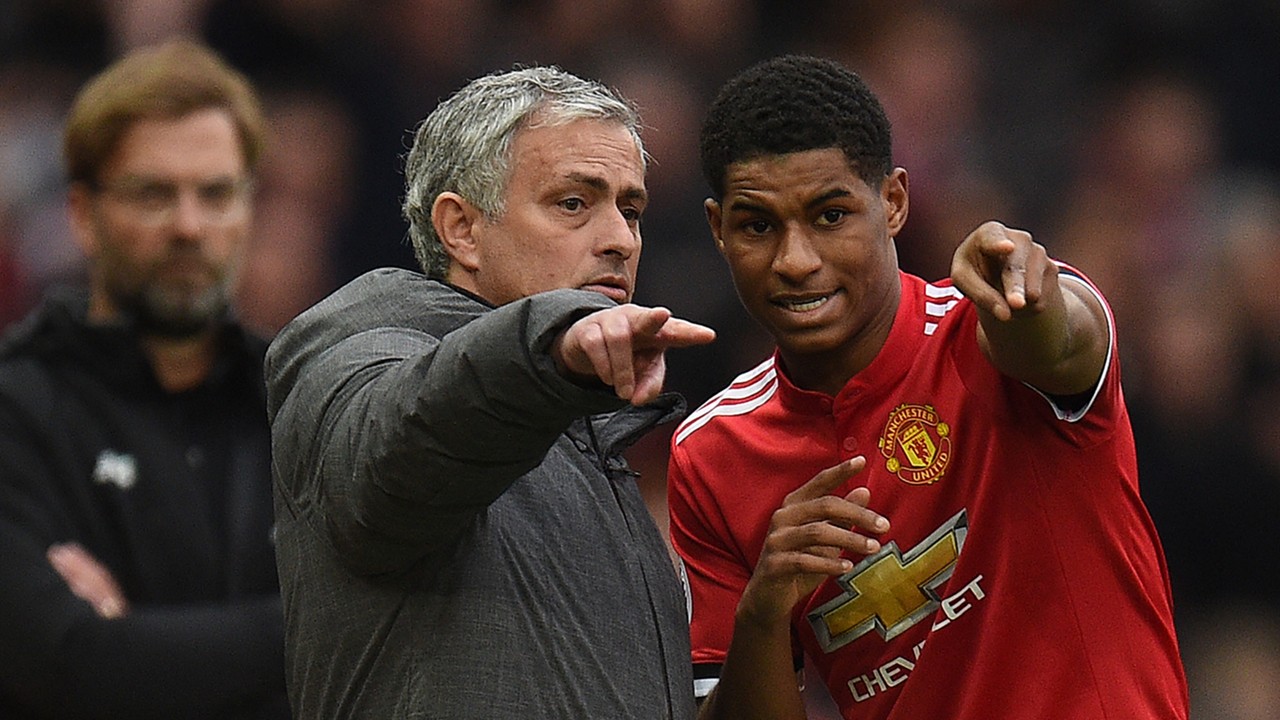 Winning 2-1 and creating a five-point gap over Liverpool is exactly what Manchester United needed heading into this week’s Champions League game against Sevilla. Before the match had even begun, things were looking gloomy for the Red Devils, with star men Paul Pogba and Anthony Martial both out injured. However, a quick first-half double from local boy Marcus Rashford quickly lifted the spirits of the Old Trafford faithful. After an absolute rollercoaster of a game, we’re here to bring you 5 quickfire talking points.

Mourinho’s tactics finally seemed to come off in a big game. The Portuguese manager set his side up to eliminate the space afforded to Liverpool’s lethal front three. When United were in possession, the mission was the attack the somewhat suspect Liverpool backline and United’s forward players did so at breathtaking pace. It’s important to keep in mind that this strategy is classic Jose Mourinho. The only difference is that his side was able to execute this gameplan much more effectively this game as opposed to previous matchups against their top six competitors. Rashford was absolutely clinical, putting away his first two chances with aplomb. Look for more of the same against Sevilla in midweek.

What is going on with Alexis Sanchez?

Upon his signing, the Chilean international seemed like too much of a star to fall victim to the curse of the number seven shirt. However, Alexis was once again peripheral to United’s success. Defensively, he worked extremely hard and that should be commended. He led the press from the front admirably. But he was signed to create chances and he did very little of that. Besides a few neat turns and flicks, Sanchez was completely wasteful in possession. His courage to always look for the forward pass will be welcomed by United fans, but not if he keeps giving the ball away at such an alarming rate.

When Ashley Young empties out his pockets this evening, he won’t be surprised to find Mo Salah has come home with him. Initially, many (myself included) believed that the “Egyptian Messi” would bamboozle the aging former winger for ninety minutes. Ashley Young had other ideas. The double shield of Matic and McTominay limited the space in front of United defence. Liverpool’s front three were suffocated and even when they did get their chances, rarely won their individual battles. Young, to his credit, aggressively looked to cut out passes before they even reached Salah. The Liverpool winger rarely looked for the long pass in behind, making Young’s job even easier. Salah has been outstanding this season, but Mourinho has made a living off taking the opposition’s main threats away from them.

McTominay and Rashford deliver the goods

The local boys stole the show. Simple as that. Rashford caught the Scousers off guard with two quick goals and continually got the best of Alexander-Arnold. The first goal was especially clever, with the Mancunian leaving his opposite number for dead after a deft touch behind the heel, followed by a thunderous strike past Karius. McTominay won’t get many of the plaudits that other young central midfielders get because he’s not especially creative, nor does he control games, nor is a tackling prodigy. But the Scotsman is effective and carried out Mourinho’s game plan to a tee. He helped the less mobile Matic limit the pockets of space in front of United’s back four and also helped the side play quickly once they were in possession. He was tidy with the ball and an absolute workhorse without it. He’s an unlikely hero in the United dressing room this season and Andreas Pereira must be regretting his decision to go out on loan now.

Lukaku gets loads of criticism for his first touch, but over the course of about the last two months, his hold up play has been superb. Ignoring the fact that he’s scored more goals than Morata and Lacazette combined, Lukaku has done a much better job of bringing his teammates into the fold with him. His assist for Rashford was a simple flick on, but his ninety-minute bullying of Dejan Lovren was anything but simple.  The Croatian should file a report with the FA for unfair treatment because Lukaku picked on him all game, especially in the first half. De Gea’s long balls to Lukaku helped create both goals because Lovern simply couldn’t deal with Lukaku’s strength. Clearly, Mourinho and Lukaku decided that Lovern was a weak point in the Liverpool defence (something any football fan can confirm), and made a point to punish Klopp for sticking with the Lovern. Even when United were starved of possession, Lukaku worked extremely hard off the ball, putting some pressure on the opposition back line. He’s been a much-improved player this season and more is sure to come.