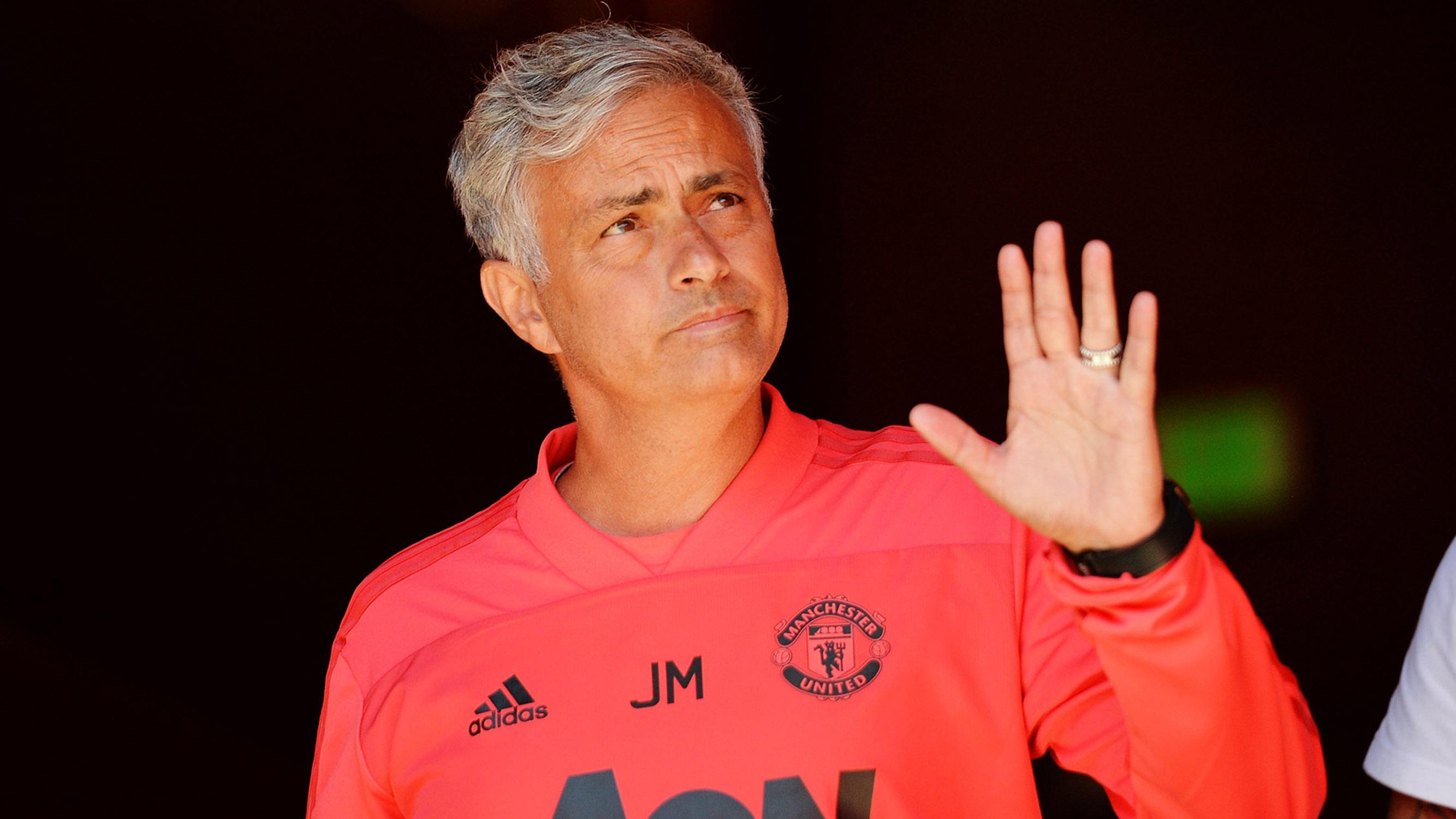 Three is a magic number; three is a crowd, bad things happen in threes. In Jose Mourinho’s case, it indeed can be magical like his treble at Inter Milan or the three titles he won at Chelsea. Then two years of Jose can be nice company but then the third starts to become an uncomfortable crowd. Unfortunately, in what was Jose’s third ‘third season’ in his second stint with the Kings Road club, he was sacked as he left Chelsea hovering above the relegation zone as champions. Alike that year, he went into his third season with triumph with Porto and Inter, as there were Champions League trophies to celebrate. His first foray with Chelsea – Back-to-back league titles, with a League Cup accompanying the first. Madrid beating what is now classed as one of the best teams ever, Guardiola’s Barcelona, to a league title, plus a victory in the Copa Del Rey the season before, is nothing to sniff at, although ultimately the failure to bring La Decima will loom over any success in that period.

Yet, the present is different from his previous. It is now Portuguese manager’s fourth third season, this time with Manchester United. The hallmarks of his managerial trimester are rearing their ugly heads. Only this time, without going into this season with the success typical of the Special One. Now he has to measure up to the standards he once set, suffer for all the flaws he has displayed in almost two decades of management, so exemplified in his last two employments, while being compared to those achieving relative success around him. This is making for the feeling around Old Trafford being a question of whether the short termism of Jose Mourinho is worth it, now that it is without the accolades of his previous excursions.

By the time of the third pre-season, Mourinho’s discernible way in which his teams played was there for all to see. The way in which the teams attack differ due to the Portuguese’s manager attacking ethos being heavily based on personnel and adapting to their strengths, methods which they are defensively organised and transition is quite similar across the board. Medium to low block, pressure only applied really once the opponent enters their final third, intent on blocking passing lanes, direct passing over longer distances rather than numerous short passes. Watchers at the Theatre of Dreams however see little of Jose’s imprint. No one knows which United is going to turn up on the day of play. Even if they do turn up, normally it is just for a half of that game. Watching players who have shown they are capable of more before, albeit surrounded by those who clearly are not, under a manager who looks like he has his best days

Being over the hill is perhaps his greatest barrier to success, as he will always be in competition against his older self, akin to the ending days of Arsene Wenger. What is worse is that there are no signs of adaptation. Harkening back to an interview he had with Gary Neville, the former Barcelona assistant criticised the perception of just having one notion of play, rather championing being able to adapt to fortify yourself against the opponent’s strength and attack their weakness. The issue in this however is that in years gone by, teams’ coaching, throughout the league, were more rudimental than contemporary times. So maybe you could switch focus between different styles and be able to have fruitful results 10 years ago or so as then having the greater quality of players meant more than it did today. Now, with the specialisation increase in each coaching style, such a thing becomes more difficult. Mourinho is staunchly against fundamentalism but it is those that he said ‘are dying by their ideas’ that are prospering, while he begins to look outdated.

In fact, there are some ideas that he looks like he is willing to die by and it is more to do with his man management. The irony is not lost on the fact that Mourinho seems to apply more adaptability to football matches than he does to human interaction, despite the latter be incredibly more complex. He himself has claimed that the Frank Lampard that he had encountered when the all-time Chelsea goal scorer was 23 years old is otherworldly in terms of application of “football, work, professionalism”, comparing it to that of a man rather than the “new boys who at the age of 23 are kids”. We can compare this to a current 23 year old plying his trade under the tutelage of Mourinho, Luke Shaw. Everyone knows the comments directed from the Portuguese manager to the former Southampton player: His comparison to Ashley Young, Matteo Darmian and Daley Blind; His brain in Shaw’s body vs Everton; being subbed at half time of Brighton for not playing aggressively enough and suspect defensively. It was something prevalent in Louis van Gaal’s reign as well, with claims that Wayne Rooney and Michael Carrick a talk to the Dutchman to change their approach with the youngster, to become less scathing on the £29million acquisition. Mourinho, however, has continued with the treatment that Van Gaal stopped adopting, not even considering empathy after the horrendous leg break Shaw suffered. The diametric opposition in academy set up between Lampard’s time as a youth player, where they were apprentices, to Shaw’s should be enough to show the different approaches needed to motivation, let alone the fact that people are all different.

This however is not a defence of Luke Shaw, who has contributed to his shortcomings in a Man Utd shirt more than anyone else has, but rather an example of his general attitude to younger players. It is perhaps a contributor to the pressure the 2 time CL winner now finds himself under as he is being punished for decisions that are now looked on as less than favourable, to say the least. The conundrum of Anthony Martial this summer where it seems like Mourinho is comfortable with letting him go but the board battle against the idea due to the idea of the Frenchman becoming the star they envisaged him becoming at Old Trafford, elsewhere is symptomatic of this. The successes of Romelu Lukaku, someone Mourinho bought even after discarding him before hand in his formative years, Mohammed Salah and Kevin de Bruyne once they left management of Mourinho definitely play on the higher uppers mind, concerning Martial and even Shaw, if reports of their faith in the latter contravening Mourinho’s desire for a new left back.

It is the attitude that he has propagated, where players only need 10 minutes to prove their worth, not five games in a row with consistent game time. Something Andreas Pereira will be able to corroborate, being admonished for seeking more game time to further his development then stay at United in the previous season. Where they have to be happy to sit on the bench and wait for the opportunity and if they not, trying to leave because of it, they will be accused of not wanting real competition. A situation Martial will be able attest to, moved to fit in the more experienced Alexis Sanchez, despite just scoring three games in a row and having his best period under Mourinho, then being subsequently dropped. It is something that whereby is the club realises that willing to let Mourinho have his own way, putting in all efforts to win now, could have a lasting affect on the club in the future, coming back to bite them as it has done with Chelsea. They look on enviously as the Belgian Man City midfielder; Belgian Man Utd striker and Egyptian Liverpool winger make names for themselves away from their club

It is a warning sign to the board about not placing all transfer policy control in the manager. But as they too look across to their competitors, there will also be the likelihood of comparing what other managers have achieved, with Mourinho. As they can see that in Liverpool, Man City and Tottenham, managers that has progressed the team, significantly, from where they were when they came. Initially, in the case of Anfield and White Hart Lane inhabitants, they proved their ability to improve what they had come into and, then entrusted with the funds as a show of faith, Liverpool’s deep dive in the transfer market this summer can prove. Guardiola’s faith comes from the fact that those on the board were those on the board when he began his managerial career at Barcelona. In defence of Setubal born man, he has not been graced with the latter but he has not shown the former to be given the grace that others have. His hit and miss signings to start, two already gone from the summer of 2016/17 and seemingly being at odds with the other two, in Paul Pogba and Eric Bailly. Eric Lindelof and Sanchez struggled to adapt to Premier League and to United’s ‘style of play’ respectively, while Nemanja Matic and Lukaku had competent but ultimately underwhelming seasons between them. Significant improvement is neither explicit in those he inherited from the last regime. It has now put them in a position where the manager in two years has not shown performance worthy of increasing the level of investment, has failed to given platform for the younger players in the squad and all the while failing to clear out deadwood in the squad

Mourinho has given little of the good his management once heralded, where he would take teams to achievements worthy or even surpassing the club’s worth to that point yet all the cons that made him such a mixed appointment initially. We cannot forget however, that Man United finished the highest they had done in the league since Ferguson had left. When judging Mourinho, he is far too good to judge against the standards set by those below him. Or perhaps he was. Unfortunately, it could be that, like many before him, his time as one of the upper echelon managers has come to the end and this Man Utd spell could signal this with a third season in which his former greatness, his great flaws and his great foes all factor into making it a poor one. His fiery mood with his solemn responses on the USA Tour only serves as further confirmation of the inevitable. Jose Mourinho turning it around, from this point, to give Manchester United the success the club has craved since the great old Scotsman left could perhaps be his greatest achievement to date. The stage awaits…