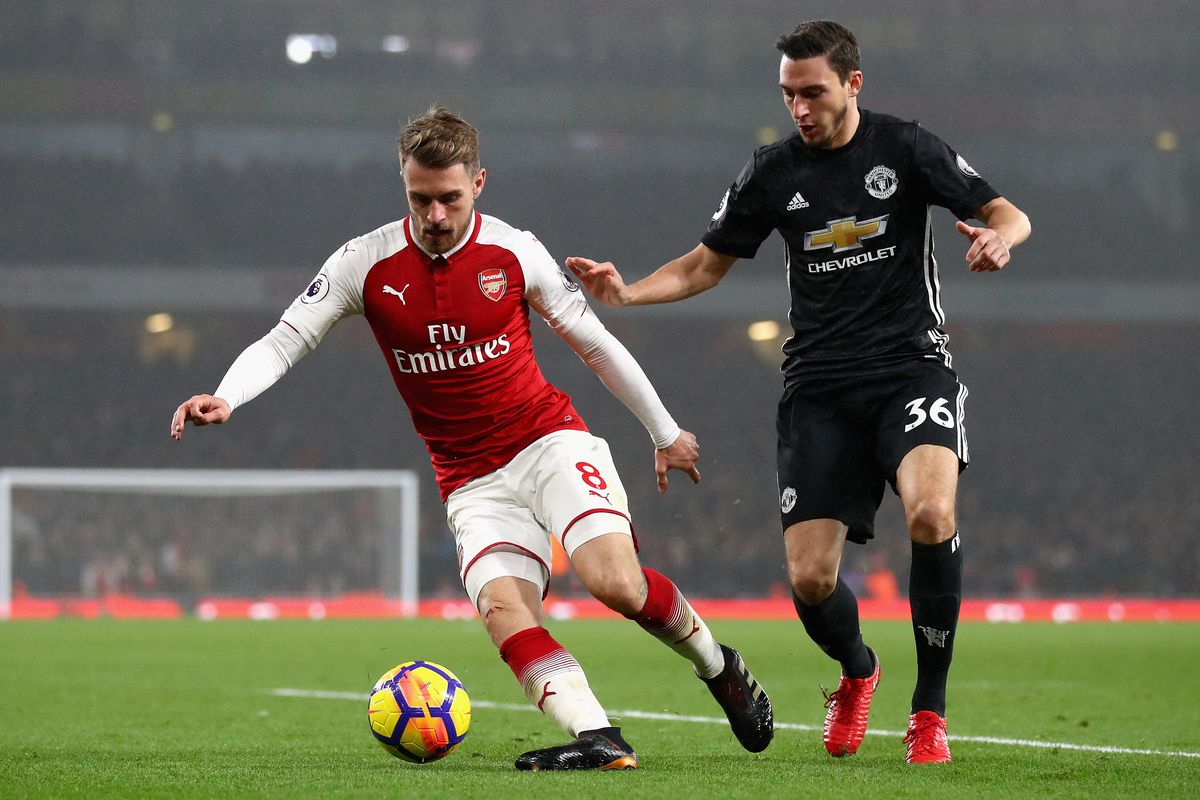 We might only be a few months into the 2018/19 season, but the January transfer window is already starting to creep up on teams across the planet. With that in mind, clubs are looking to see what signings they can make to improve their roster ahead of the second half of the season. Manchester United are no different, and have already been linked to a number of players ahead of the winter window.

One of the most prominent names on that list seems to be Aaron Ramsey. The Arsenal star has reportedly decided to force a move away from the London club, and not renew his contract that is expiring at the end of the year. This news put the rest of England on alert, with Chelsea, Liverpool, and United all interested in signing him. For Manchester, bringing in the Welshman could end up being a shrewd piece of business.

United fans only have to look back to last season to see the club capitalizing on a situation like this, as Alexis Sanchez was in the same boat a year ago. His contract was in its final year, with everyone knowing he wanted out. Man Utd decided to get the deal done in January, and only had to send over Henrikh Mkhitaryan to bring the Chilean to Old Trafford. It was seen as a steal at the time, but opinions are now split on whether or not United made the right call. Alexis hasn’t been able to reach the heights some expected of him, but there is still time. He’s a prime example of why January transfers are so risky, as they have to adapt immediately, which is the same reason some are hesitant on Ramsey.

However, the Red Devils also have the ability to simply sign the Welshman on a contract expiry. Since he’s over the age of 23, and will have less than six months left on his contract come January, Ramsey will be eligible for a Bosman transfer. This means that United could just sign him for free, and welcome him to the club come the beginning of next season.

The state of the current United midfield is interesting to say the least. The club obviously possess one of the best in the world in Paul Pogba, but the rest of the pack has been questioned in recent weeks. Nemanja Matic has started to show his age, looking slower than usual, while summer signing Fred has been benched in the past few games. Ander Herrera is going through contract negotiations himself, with rumors indicating he could return to Athletic Bilbao in January. Andreas Pereira and Scott McTominay have shown promise, but still need some time to grow. Then there’s Marouane Fellaini, but the less said about him the better.

With that in mind, Ramsey would be a welcome addition to the middle of the park for United. There would be little need to worry about him acclimating to the environment, as he’s proven himself at the Premier League, Champions League, and international level. The club need as much depth as possible considering just how many games are played each year, and Ramsey would prove to be a reliable option in any given scenario.

A club the size of Manchester United usually has one of every type of player, but the Red Devils are currently without a midfielder that provides a goalscoring threat from deep. Pogba and Fred both know how to shoot, and Fellaini is an aerial threat, but Ramsey would provide a new dynamic. The Welshman prefers to start deep, and make late darting runs into the area. With the opposing defense picking up the forwards in the area, they are unable to pick up a midfielder coming into the area. Ramsey is a quality finisher as well, able to flick it past the goalkeeping from close range or smash one from outside the penalty area. He grabbed 11 goals in 32 games last season, and has 14 goals for Wales at the international level. Man Utd have had trouble scoring goals in the past, but some of those problems could be alleviated by bringing in Ramsey.

The signing would also weaken major rivals Arsenal, who have begun to show some potential under new head coach Unai Emery. If the London club had to lose yet another key player to United, it would once again damper the feeling of hope that has started to rise at the Emirates.

It wouldn’t be the big name blockbuster move some United fans have been looking for, but bringing in Ramsey for a cut-rate price could end up being a very clever signing by Man U.