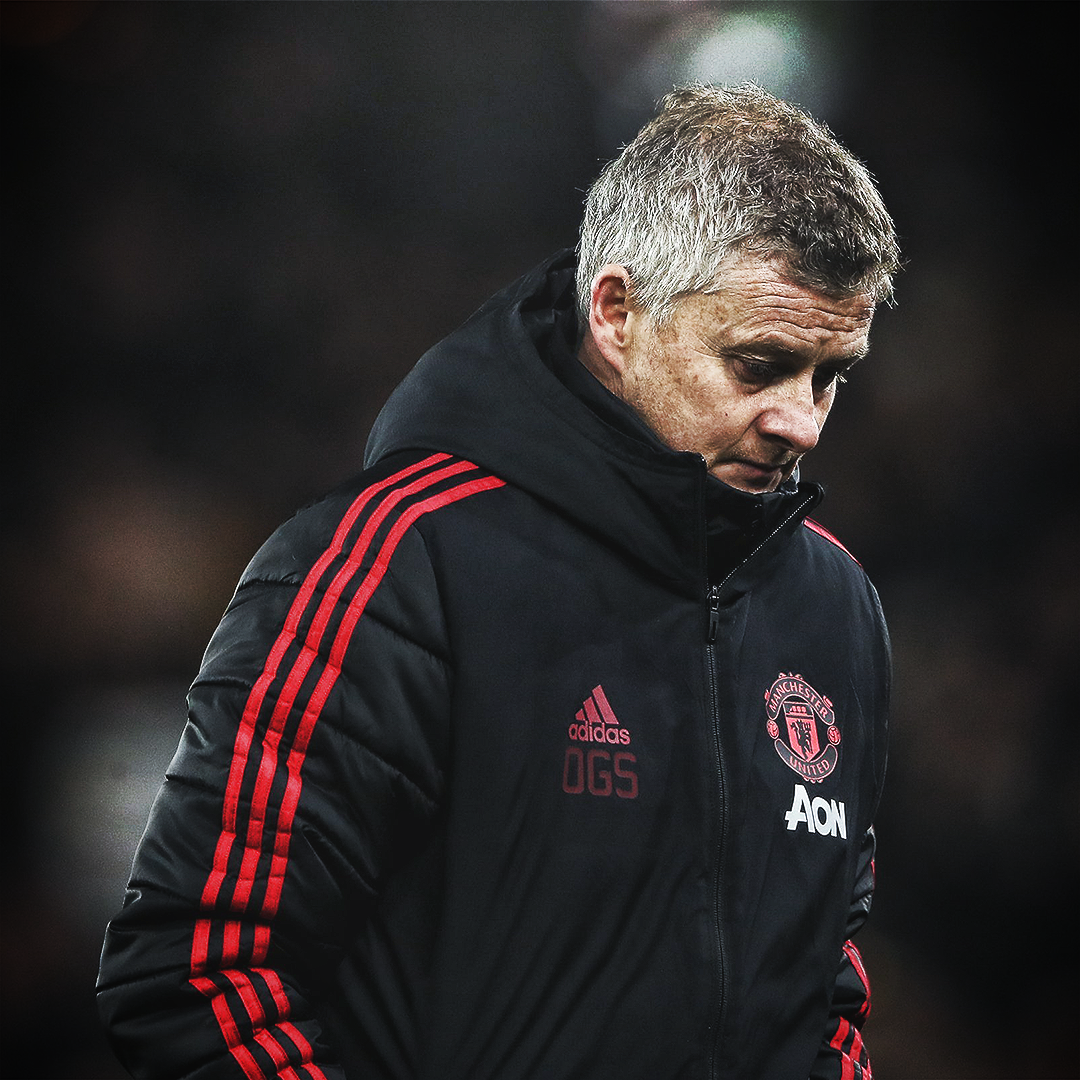 With May approaching and three games of the Premier League season remaining, Manchester United find themselves in a position becoming far too regular for a club once known for their reputation of winning.

A top-four spot has looked unlikely for the majority of the season and the loss to Manchester City only heightens that view, though luck has been on United’s side in that both Arsenal and Chelsea are both too experiencing rollercoaster seasons under Unai Emery and Maurizio Sarri respectively, with Ole Gunnar Solskjær’s side set to face the latter of the two London clubs this Sunday.

As the sixth season post-Sir Alex Ferguson draws to a close, in not one have United looked likely of winning the title, let alone competing for it. The second-place finish earned under José Mourinho last season was arguably the least flattering runner-up finish possible, ending the campaign 19 points behind Pep Guardiola’s centurions, yet is the clubs highest finish since David Moyes’ appointment at Old Trafford in 2013.

And still, there still seems to be one man to blame at the end of each season as though anyone single person can carry the club the size of Manchester United on their back. The build-up for the Manchester derby featured United legends in Gary Neville and Roy Keane, accompanied by Graeme Souness and Joe Hart, and rather than focusing on the importance the game given its bearing on the title race, the talk was about Paul Pogba.

The Pogba that leads in goals, assists, chances created, dribbles, duels won and distance covered for United this season, as reported by UtdArena on Twitter, is the main culprit for the gap between the Red Devils’ and challenging for titles, the argument the Sky Sports punditry team seemed to suggest. The appaling summer transfer window wasn’t at fault, nor was still not having a Director of Football, nor was waiting so long before sacking Mourinho, nor was Ed Woodward – who entered before the start of the rot and continues to lend a helping hand in ensuring United remain behind Europe’s elite – nope, the blame was placed at the feet of Pogba, United’s most productive player. But this argument is not a defence of Pogba, but more so that those actually responsible for the decline seem to escape without any real criticism.

The idea that one player or manager is responsible for the mess that United are currently in now seems to be a repetitive theme and has been since Moyes came to Manchester. Four different managers have attempted to turn it around at United, excluding Ryan Giggs’ brief interim spell, yet under each and every one, the situation remains the same and fans have endured Déjà vu experiences year on year.

Moyes, though far from the correct choice to replace the greatest manager to ever do it, took flack for signing Marouane Fellaini on deadline day, yet has admitted he wanted Gareth Bale from Tottenham, Toni Kroos from Bayern Munich at the time and Cesc Fàbregas who had returned to Spain with Barcelona. Louis van Gaal was known to want Sadio Mané during his time at Southampton, a rumour laughed at by many, yet didn’t get his wish and the Senegalese winger is now thriving in a title-chasing Liverpool side. Mourinho, as much as sacking him was the correct decision, made it evident United needed defensive reinforcements to compete and was denied. All three managers were appointed under Ed Woodward and all three have failed to receive full-backing by the former investment banker, whether it be through transfer funds or simply in decision making and each of their tenures at the club has ended in the sack.

And whilst Solskjær deserves the opportunity, his path will play out in exactly the same way as the trio before him unless those above the playing and coaching staff decide to wake-up and behave as Europe’s elite should. There has not been any form of transfer strategy for six-years, a squad has been created on the basis of attracting players to join based on being offered higher wages than anywhere else, flexing financial muscle in the marketing side of the club is prioritised over flexing muscles to lift trophies, Old Trafford is outdated, neglected and falling behind aspiring clubs in the Premier League and the worrying thing is, there’s no urgency from anyone to change it.

Solskjær’s appointment on an interim-basis was announced alongside the news the club, and Woodward, in particular, will also be appointing a Director of Football. That was back in January. Yet United are still without one. There are three games left of the season, United need a huge clear-out and multiple new additions, yet it’s likely the recruitment approach will again be done through Solskjær telling Woodward a list of targets. In addition, that clear-out is likely to feature signings Mourinho made since 2016, and possibly Matteo Darmian, Ander Herrera and Marcos Rojo, who signed under van Gaal in his two-year tenure between 2014-2016. Yet more evidence that the club lack any kind of planning or long-term thinking. Instead, it’s reactive, buying and selling players based on form rather than sustained scouting or those who fit into a certain culture that is created by the manager/club hierarchy. That’s why the appointment of a DoF is so vital, but another summer arrives with Woodward at the wheel and all United fans have to be hopeful for is the announcement of our social media engagement figures at the next investors meeting.

Whilst managers are blamed and Pogba is crucified weekly, the Glazer family has no fear of ever having their name uttered out of the mouths of the football pundits who prefer to attract attention by going after United’s number six ahead of the real problems. Pogba can be sold and replaced, it won’t change the fact United were poor before him and will be after him. It won’t change that Chris Smalling, arriving in 2010, Ashley Young, who arrived in 2011 and Phil Jones, also, in 2011, all started the crucial clash against Barcelona earlier in April. It won’t change that United are still yet to ever have a Director of Football at the club and it certainly won’t change that the club is miles behind Manchester City and Liverpool both on the field and off it.

Neville and Keane can blame the players and particularly Pogba all they like, but they fail to call out the Glazers in their analysis of United’s shortcomings yet both know they hold some responsibility, if not most of it. As long as United’s revenue keeps increasing and Champions League qualification is secured, Avram and Joel Glazer are happy. Below them is a board of non-football people, only interested in spreading the Manchester United brand around the world and signing players for the purpose of bragging about them, rather than how they’ll affect the team.

Jürgen Klopp was linked to the United job before taking over at Liverpool, and though he failed to mention the specific club, his words in 2018 seemed to suggest he had rejected the opportunity to come to Old Trafford due to marketing demands of the club, telling the Mirror: “I had talks with other clubs and they didn’t sound like a football club. It sounded like marketing image, you need to sign this, you need to sign that. And I thought “wow, that’s not the game I love.”

Fast forward to now, Klopp’s Liverpool are still able to win the title with three games left and are in the semi-finals of the Champions League, drawing Barcelona. And the German hasn’t signed a superstar since arriving at Anfield in 2015. Van Dijk and Allison Becker are his biggest additions, but neither had reached superstar status at their previous club’s and the majority of his side is built by signing players from lesser clubs and improving them, such as Sadio Mané, Mohamed Salah and Andy Robertson. Klopp’s not doing it alone, however. The Fenway Sports Group appointed Michael Edwards as the Sporting Director back in 2016, a year after Klopp’s arrival, and the club has gone from strength to strength since.

Manchester City have a similar set up in Pep Guardiola working with Txiki Begiristain, the Blues’ Director of Football who joined from Barcelona 2012, paving the way for Guardiola’s appointment in the future. Speaking to BBC Sport back in 2016, Begiristain said: “There are people who work and they do well and they spend all the money, and for nothing. They enjoy life for three or four years. Then you see the project, the philosophy, the way to work, a way to play. Once we get success doing it this way, we know that it is going to stay here forever.”

Liverpool and Manchester City deserve to be the top two in the Premier League and not just based on results, but the hard work behind the scenes, the long-term thinking from both managers and the respective directors of each club. United, on the other hand, deserve to be where they are and not because of Mourinho, not because of Pogba and not because of Solskjær, but because of the failings of those in the club hierarchy. It’s not a one-man-mission to bring success back to United, and the sooner the club realises that the sooner the problems that occur each season will be reduced.

After all, Solskjær can attempt to remind the players of the United traditions, but what good does it do if those running the club are quite happy to ignore it themselves?