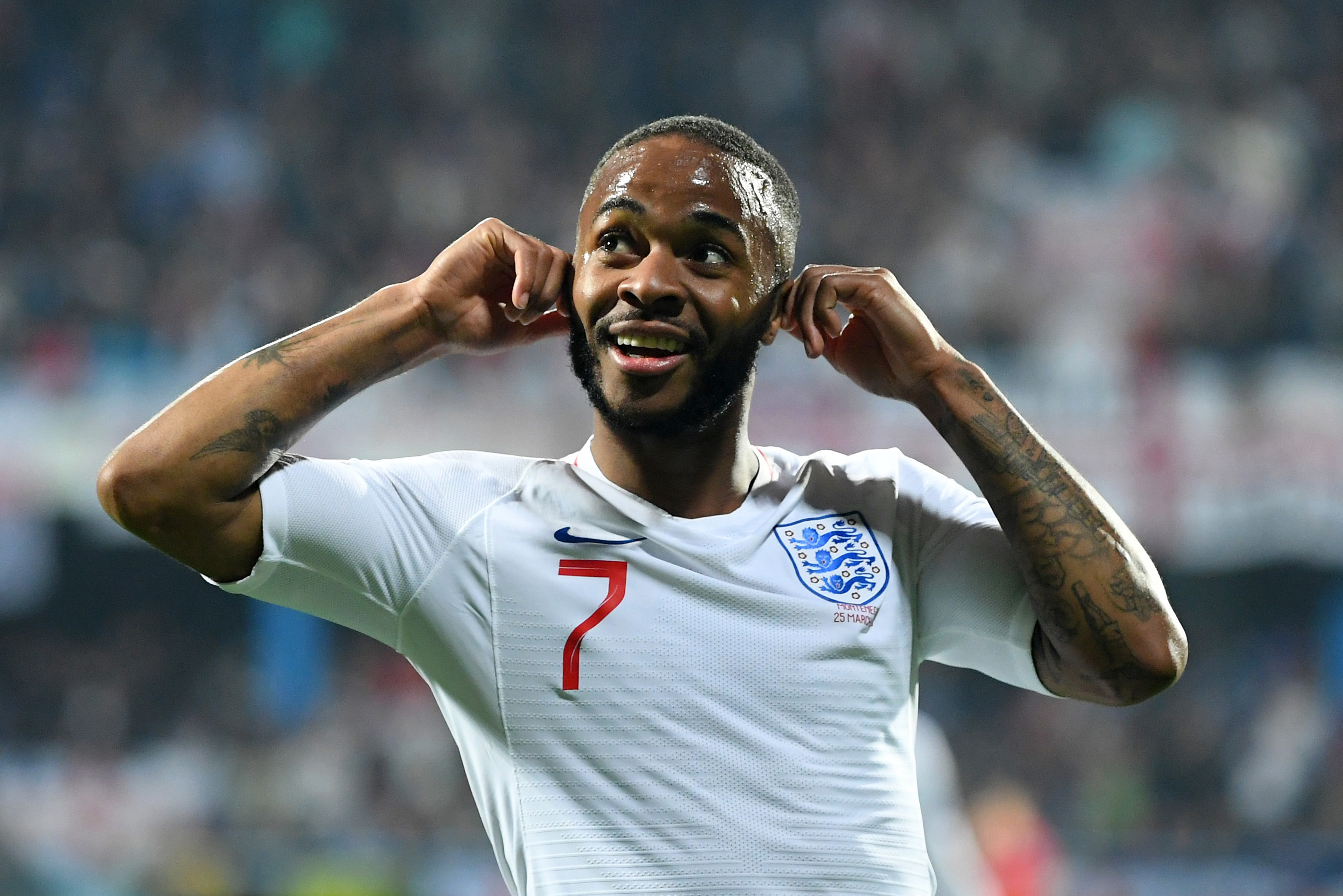 A beautiful game, it truly is. Football or soccer, regardless of where you are in the world has provided us with some of the most beautiful moments in sports history. However, there is a dark side to the sport; it is a mirror to our society. As much as we want to escape reality in 90 minutes, the mirror reveals the darkness that we tend to forget or for some of us, suppress.

Suppressing it, however, just covers up the pent up frustration. In an interview, Tottenham and England’s left-back Danny Rose said “At the minute how I programme myself I just think to myself: ‘I’ve got five or six more years left in football and I just can’t wait to see the back of it.’ Seeing how things are done in the game at the minute. It’s just…whatever, isn’t it? I just want to get out of it.” Imagine facing so many obstacles and hurdles to make it to the pinnacle of your career, just to look forward to quitting because of racism.

I am so lucky to have grown up the way I did. I spent my first 11 years in London, falling in love with the sport because of my dad and uncles. On Saturdays, we would take a trip from South London to North London where we enjoyed playing together as a family. Seeing them play full field against each other, you naturally wanted to imitate what you saw. Around this time, Andy Cole was sold to Man Utd and my love for the sport grew that much more. I was inspired.  I too wanted to be a professional footballer. Unfortunately, that is when I was really exposed to the reality of race and how it tainted the sport even at the grassroots level.

Imagine the sort of stare’s that pierce your soul or the snide comments from parents when their true feelings come out. In 2005, my younger brother’s team won state Championships in Maryland, an opposition’s parent lashed out saying “this is what happens when you bring a bunch of kids from Africa and cheat.” This immediately angered the coach, who immediately named off where the kids were born, only one being born on the African continent. These sort of comments don’t seem racist at all but when you realize the connotation and vim that the parent has, it is these sort of things which carry on; imagine being that brazen at the grassroots levels, what do you think they can say to a bunch of professionals.

It is not just the parents or kids who also carry out these sort of actions at a grassroots level. The coaches, who hold the key to your future can hold your future back because of stereotypes. Ask a lot of kids who have been forced out of their position because of their size, pace, and power which not only holds strongly at a grassroots level but at a professional level as well.

There are stories about how players were abused growing up in academy’s, for example, a former Chelsea academy product stated that he was called “darkie”, a “nig-nog”, a “black bastard”, a “wog”, “midnight”, “jigaboo” and various other insults.  In addition to being told to “fuck off back to Africa” and “sell drugs or rob old grannies”

I have always been aware of racism in the sport, both subtly and overtly; however, the other day I was thinking about the recent 24-hour social media ban (which is extremely pointless) as well as Moise Kean and what happened when he played against Cagliari. Not sure what made me exasperate more, the reaction from the Cagliari fans, his teammate, Bonnuci’s reaction or the sheer outrage from everyone.

So what exactly happened? Moise Kean, the 19-year-old superstar in the making for Juventus, scored in the 84th minute, continuing his hot form, minute against Cagliari. He was being abused most of the match, a target of booing and monkey chants, so what does he do after he scores? He runs toward Cagliari’s fans and stood in front of them with his arms spread out. His teammate, Bonnuci, albeit the translation may have been misconstrued, said the blame for the racial abuse was to be laid 50/50 between Kean and the fans.

While this incident seems rampant in Italy, it is not unique to the sport at all. Many were calling for the young man to leave Italy and avoid racism, but where would he go? Every country has its own brand of racism, some are just more prominent.  This is not the first player to have a high profile racial incident this season. Alone, Raheem Sterling has had his own after England played against Montenegro. He too ran to their fans and cupped his ears. Just like Raheem, Kean took to social media and posted his own reaction to racism. These players are fed up and tired. It is easy to be jaded and desensitized to the racial abuse as a black person watching when you have witnessed these incidents come and go for most of your life. It is not healthy nor progressive but what can you do?

It does not help when the media perpetuate the stereotypes which fuel the fire. Many media outlets and newspapers are complicit in this. Tancredi Palmeri a journalist in Italy called a celebration from Milan players (which they were fined) against Lazio “a new low”, despite the endless amount of racist behavior in their league.

– last week, Lazio’s defender Acerbi said they were better than Milan
– tonight Lazio lost to Milan
– brawl at the end
– as peace sign, Acerbi swapped shirt
– as answer, Kessié and Bakayoko used it as war trophy with fans.

It’s not just Italy the English media are notorious for this. Pick any of the tabloid papers on any given day they have a story that makes you question is this a Chappelle’s show skit or is this real life? Raheem Sterling, for example, has often been the target for these papers. Raheem Sterling has two kids, but years ago, most believed it was more than that. Why? The media perpetuating stereotypes. Even his own teammate Kevin De Bruyne could not believe how nice Raheem is a human, in his piece with The Player’s Tribune, Kevin states “I didn’t think he’d be a bad guy, really. But the tabloids were always claiming that he was arrogant. So I guess I thought he’d be … what do the English call it? A bit of a dickhead, maybe?” Kevin goes on and follows up with “I really got to know Raheem, and I recognized what a smart and genuine person he is. He couldn’t be more different from what the tabloids were saying. This is the real truth: Raheem is one of the nicest, most humble guys I’ve met in football.”

Raheem Sterling even called out the behavior on his Instagram, when a paper compared two Man City players. We wonder why is there racism still in the sport? Well you can see it in the choice words and pictures that the media use, it is more than saying “bad words”, no it goes deeper than that, perpetuating stereotypes adds to seemingly never changing issue of racism. Words mean things, so next time you call a player “arrogant” or whatever else you perceive, just think about why is that you feel that way.

We have seen “No to racism” from UEFA, “Stand up speak up” from Nike, Kick-Out, The 24-hour social media and a number of other ideas trying to get racism out of the sport, but I do not like speaking about racism in football. Not because it is not an important topic, but mostly because it becomes a question of so what? So what are we doing now? Another documentary? Another article? Another movement? More fines? As time moves, the racism stays and the only thing that changes is the date and the player.

There have been a countless number of incidents; Patrice Evra and Luis Suarez, John Terry and Anton Ferdinand, Dani Alves ate the banana thrown at him, Samuel Eto’o and Kevin Prince Boateng, respectively have threatened to walk off of the pitch, we can go on for days, naming countless players and the racial abuse they have endured. Even this season alone, we have seen a banana peel thrown at Pierre-Emerick Aubameyang, Raheem Sterling was allegedly abused by opposition fans, and Chelsea supporters sang anti-semitic songs. This happened just a few months back in December 2018 in England. And let’s not forget all the abuse that took place across continental Europe.

It is also not just an issue within the men’s game, it is also rampant in women’s football. Ask Eniola Aluko about the racism she had to deal with in the England camp; as well as Renee Hector who was a target of racial abuse when Sophie Jones taunted her with monkey noises.

You can speak to any black person who played/plays the sport, there are thousands and thousands of stories of racism, on and off the pitch, whether subtle or overt, it happens far too often. It should not be our cross to bear but we have to advocate for ourselves, as exhausting as it is. Football is a reflection of our society, which is why whenever we praise our own, you face backlash. Backlash such as reverse racism or “I don’t see color”, instead of listening, there’s always a caveat.

Racism is unrestrained not only from fans but from managers, coaches, owners, and executives. Ask yourself when is the last time you saw a black manager manage during the Champions League? Or manage a big club?

The next time you wonder why racism in the sport happens or if you are “annoyed” by it, look around your job, your circle, your life, see if everyone looks like you, think about the way they speak, think about the way you speak, hell even look at your job at the people who are hired, because it is much bigger than the sport.

So what can be done? UEFA president Aleksander Ceferin says he will ask referees to be “brave” and stop matches where there is racial abuse from fans. That is one solution, but let teams feel the pinch financially, let there be changes on a board level because until there are more diverse faces managing, owning clubs, making changes, we are just waiting for another incident to happen. In the meantime, all they are doing is putting a bandaid on a wound that needs major surgery, not more lip service.

In the aforementioned interview, Danny Rose, also said “But when countries only get fined what I’d probably spend on a night out in London what do you expect? When the punishment is not as harsh what do you expect? You see my manager get banned for two games for just being confrontation against Mike Dean at Burnley. But yet a country can only get fined a little bit of money for being racist. It’s just a bit of a farce at the minute. So that’s where we are at in football and until there’s a harsh punishment there’s not must else we can expect.”