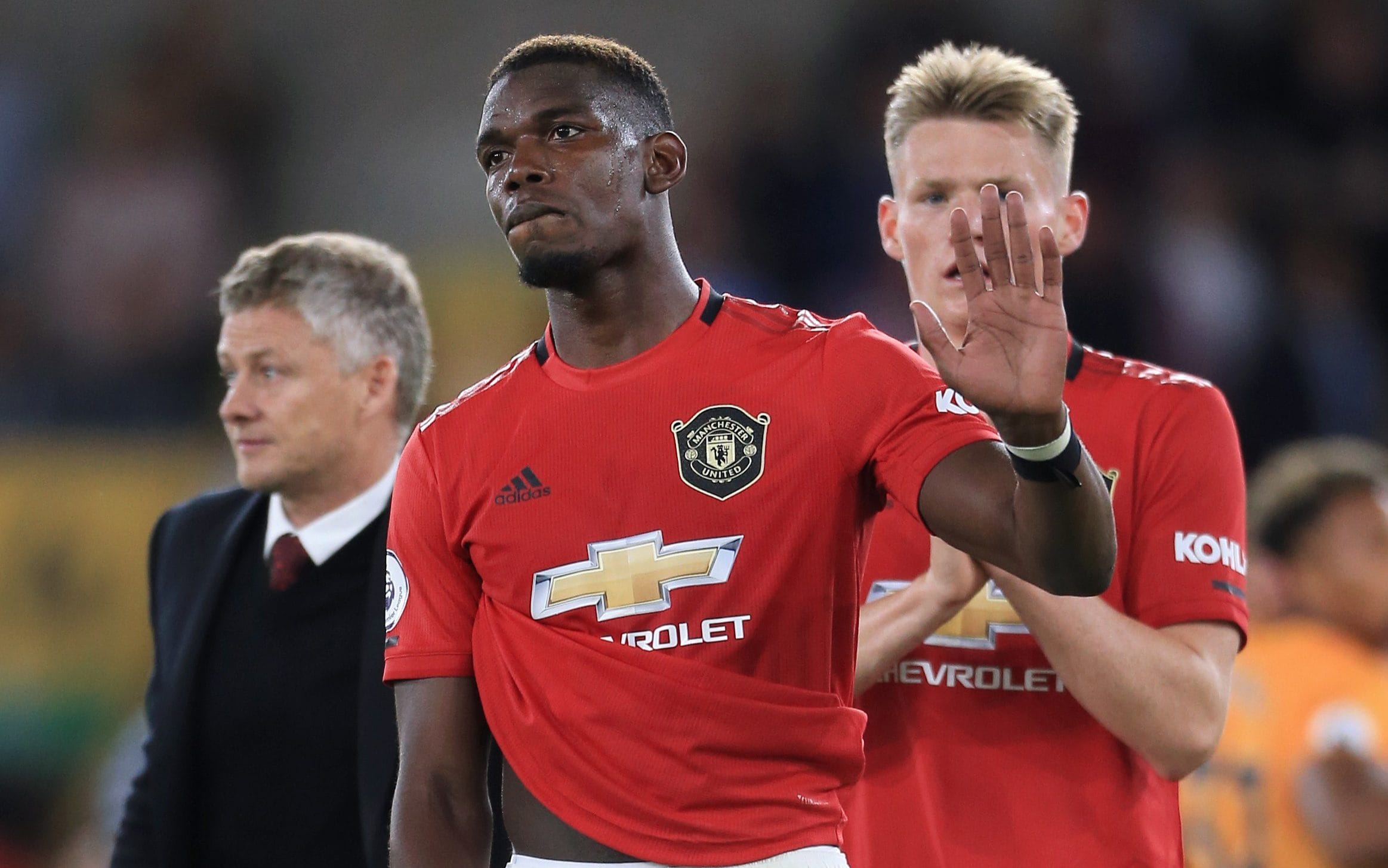 Manchester United opened their Premier League campaign by welcoming newcomer Frank Lampard and rivals Chelsea to Old Trafford on a sunny, dry, wet and rainy Sunday ten days ago and came out clear winners. The Reds put four past Chelsea in an exciting display.

United then traveled to Wolverhampton for yet another game at Molineux where the spoils we shared, a game where United felt they should have come out on top.

The United squad is not blessed with match winners but which players are most influential based on form? We take a look.

Rank 2: David de Gea
Undisputedly United’s most important player and arguably the best goalkeeper that club has ever seen. The Spaniard is entering his ninth season and the club looks to be here for many more.

Rank 4: Aaron Wan-Bissaka
Two of the summer signings have come straight into the first team and impressed. A backline which used to be sight for sore eyes is now a pleasant viewing for United fans.

Rank 6: Paul Pogba
The heartbeat of the midfield, albeit an inconsistent one. Remove Pogba from this United team and there’s very little left.

Rank 7: Harry Maguire
Lindelöf’s partner in crime. Just like the two forwards, this is a partnership with fantastic potential.

Rank 8: Scott McTominay
Great improvement from last year and looks to be a starter for United this season.

Rank 9: Luke Shaw
This is where it starts to get ugly.

Rank 10: Andreas Pereira
Pushing himself into a regular starting role with many shouting for him to get a chance behind the striker.

Rank 12: Daniel James
Coming weeks will tell us a lot more of what to expect from James this season but has been involved in both games so far.

Rank 13: Juan Mata
He might feature a bit this season but mostly off the bench.

Rank 14: Mason Greenwood
With just a few minutes under his belt he comes in at number fourteen – sums up how thin the Manchester United squad is. He is also the last player in the rankings to have featured in a game so far.

Rank 16: Ashley Young
The captain comes in at number sixteen. Sad viewing for many United fans.

Rank 17: Nemanja Matic
Scott McTominay, Andreas Pereira and Paul Pogba are all ahead of Matic in the pecking order. There’s no way back for Nemanja.

Rank 18: Diogo Dalot
Yet to feature this season but could he challenge Luke Shaw for a starting spot this season?

Rank 19: Fred
Still hasn’t featured in a match-day squad, that could change against Crystal Palace.

Rank 20: Sergio Romero
Does the job, good back-up should De Gea get injured or suspended.

Rank 21: Chris Smalling
Also yet to feature in a match-day squad.

Rank 22: Angel Gomes
The young midfielder has a good chance of breaking into the first team for good this season.

Rank 23: Phil Jones
Many will be wondering how Jones has lasted eight seasons at the club and under contract for four more.

Rank 24: Alexis Sanchez
Will he stay or will he go? Most likely the latter. Not in Ole’s plans.

Rank 25: Marcos Rojo
Might be leaving on loan but will not feature regardless.

Rank 26: Eric Bailly
Out until the end of the year and is still above Matteo Darmian. Bailly will find it difficult to break into the first eleven following the arrival of Harry Maguire

Rank 27: Lee Grant
Injuries to Romero and De Gea is his only hope.

Rank 28: Matteo Darmian
Speaks for itself.