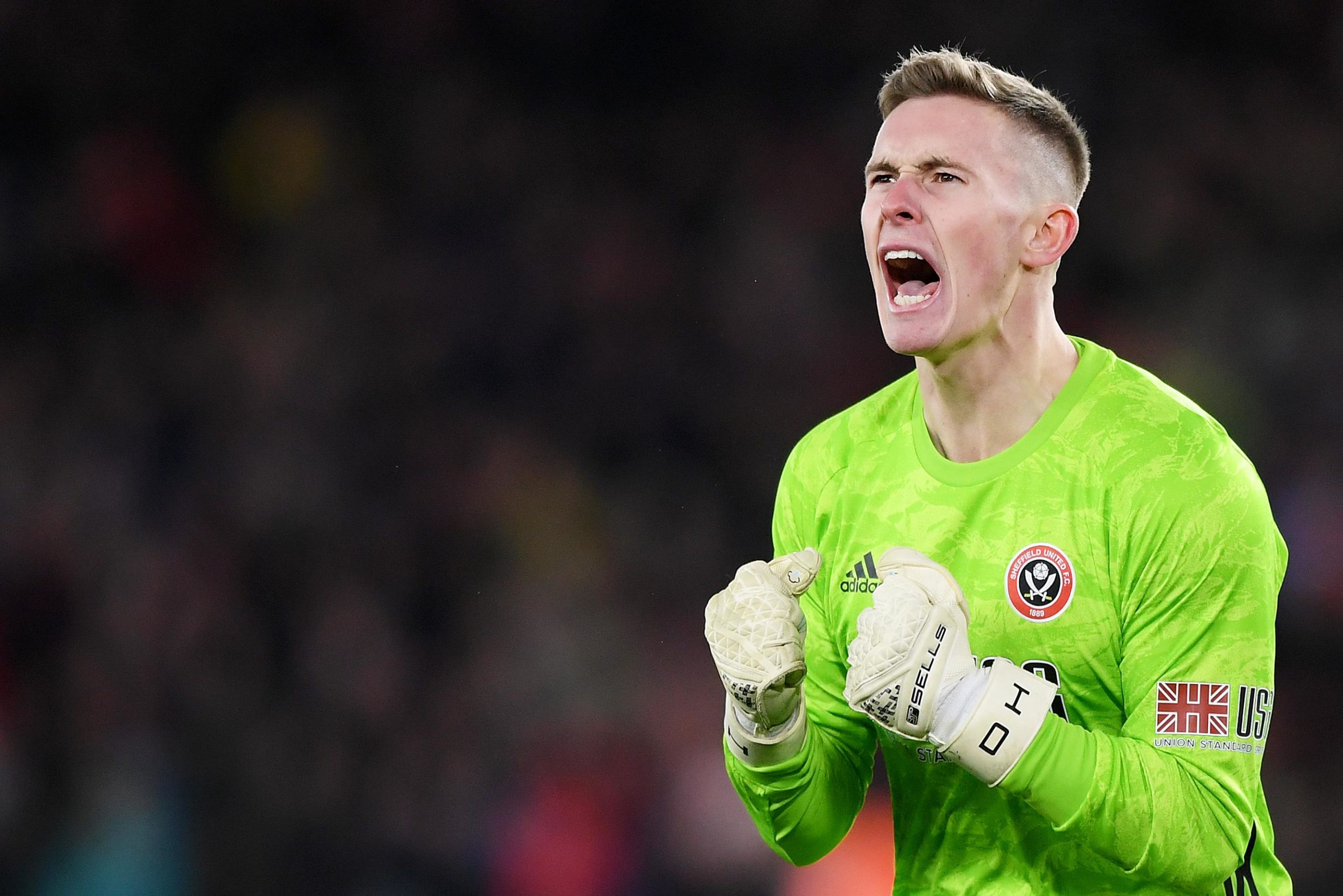 David de Gea has been the one constant for Manchester United since the departure of Sir Alex Ferguson in 2013.

The goalkeeper is the only player who has always been guaranteed a starting spot at Old Trafford, but that could soon come under threat.

Dean Henderson produced another brilliant performance for Sheffield United against Manchester City, and he continues to put pressure on De Gea.

That idea would have been unimaginable just 18 months ago as the Spaniard had established himself as one of the best keepers in the world.

While those in front of him faltered, De Gea was United’s shining light in the post Ferguson era, winning the Sir Matt Busby Player of the Year award four times in the last six seasons.

The goalkeeper’s incredible reflexes and astonishing saves have defied belief at times and his performances have single-handedly won games for the Red Devils.

However, those powers have faded in recent months, with the 28-year-old enduring a terrible run of form towards the end of last season.

While that appeared to be a blip, De Gea has continued to make some high-profile mistakes, and he is no longer considered untouchable.

The shot-stopper also struggles with the ball at his feet and has been criticised for failing to command his defence at corners.

However, with De Gea having only just signed a new four-year contract at United, Ole Gunnar Solskjaer will hope that he can get back to his brilliant best.

Meanwhile, Henderson is currently enjoying his second spell on loan at Sheffield United, having played a key role in their promotion to the Premier League last season.

The goalkeeper has maintained that form in the top-flight this campaign, keeping eight clean sheets in the league.

Henderson has already displayed incredible reflexes and an agility which is almost reminiscent of a young De Gea.

Following his save to deny Gabriel Jesus from the spot last night, he has now saved seven of the last 10 penalties that he’s faced.

The 22-year-old is not only capable of making crucial saves at crucial moments, but the other areas of his game are also improving month by month.

His development hasn’t come without a few setbacks though, most notably the mistake against Liverpool, but he has a huge amount of self-belief and bounced back immediately.

While Sergio Romero has been happy to play second fiddle to De Gea, Henderson definitely won’t accept a role on the bench.

The goalkeeper will want to continue playing every week, especially as he has the chance to become England’s number one.

United will need to guarantee Henderson regular first-team opportunities next season or he will seek them elsewhere, so Solskjaer has to decide on his number one.

De Gea remains a world class goalkeeper, but he has been in a worrying decline for some time now.

In comparison, Henderson’s career has been on an upwards trajectory for the past two seasons, and he’s only going to get better.

While the Spaniard may still be United’s best option in the short term, Henderson has to be considered as their long term future.