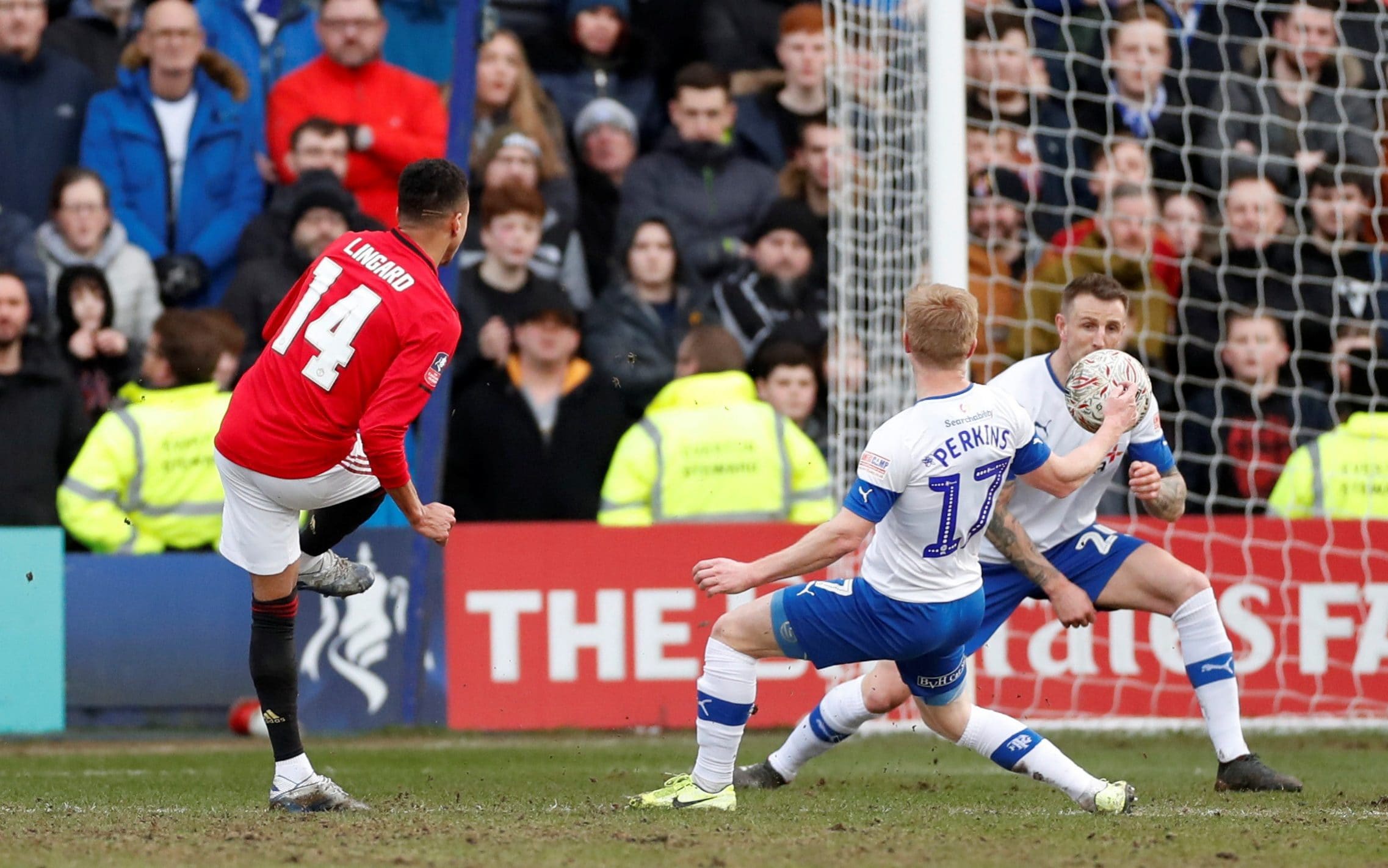 United came out 6-0 winner at Prenton Park on Sunday and comfortably qualified for the fifth round of the FA Cup. Many were predicting an upset but early quick-fire goals from Maguire, Dalot & Lingard settled the tie very quickly.

Three more goals from three new goalscorers followed as Martial, Jones & Greenwood all got on the scoresheet.

Jesse Lingard’s goal was a well-taken curling effort from just outside the box – his first since scoring the opening goal against Astana in December.

That goal in Kazakhstan was his first point contribution of the year – not since scoring at the Emirates in January had he contributed with a goal or assist.

Lingard has recognized his poor form but was happy to brush aside any thoughts about an upset.

“I’ve not been in the best form,” he said after the game.

“It’s always good to score a goal and help the team.

“A lot of people contributed. It was a well-rounded performance by the team. We knew it would be tough but we’ve come through.

“An early goal always helps to settle crowd down.”