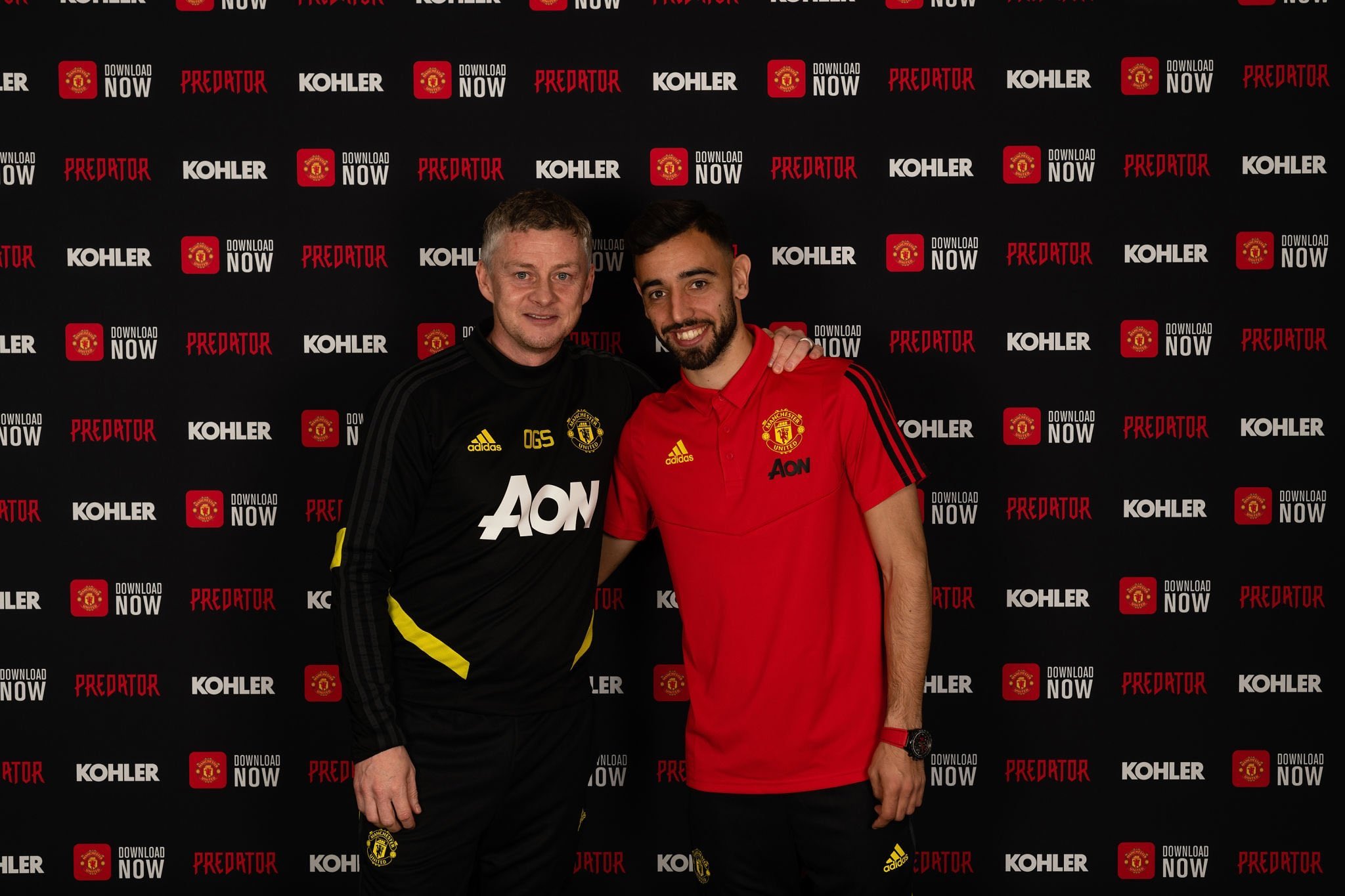 Manchester United have completed the signing of Bruno Fernandes from Sporting after agreeing a £46.6 million fee potentially rising to £67 million.

The club announced yesterday that a deal had been struck subject to a medical and agreement of personal terms.

Fernandes put pen to paper on Thursday after completing a medical. The Portugal international has signed a five-and-half-year contract with an option for a further year until 2026.

His agent confirmed that he had signed a lot sooner than the club made their official announcement.

The club did however announce it themselves eventually and Bruno had some things to say.

“My love of Manchester United really started when I used to watch Cristiano Ronaldo play and ever since then I have been a big fan of this great club.

For me to now play for Manchester United feels incredible, I have worked hard to get to this moment and I can promise the fans that I will give everything for the badge to help bring us more success and trophies.  I want to thank Sporting for everything they have done for me.

It is surreal to hear the nice words that have been said about me from players that used to play for this team.  A massive thank you to Ole and everyone at Manchester United for the trust they have shown in me and I can’t wait to start to repay that on the pitch.”

Ole Gunnar Solskjær was delighted to make Fernandes his fourth signing for Manchester United, insisting that the midfielder will be a great addition to the team.

“We have been tracking Bruno for many months and everyone here has been tremendously impressed with all his attributes. Most importantly he is a terrific human being with a great personality and his leadership qualities are clear for all to see.

“Bruno’s goals and assists stats speak for themselves, he will be a fantastic addition to our team and he will help us push on in the second part of the season. The winter break is coming at a perfect time for us to integrate Bruno into the squad.”