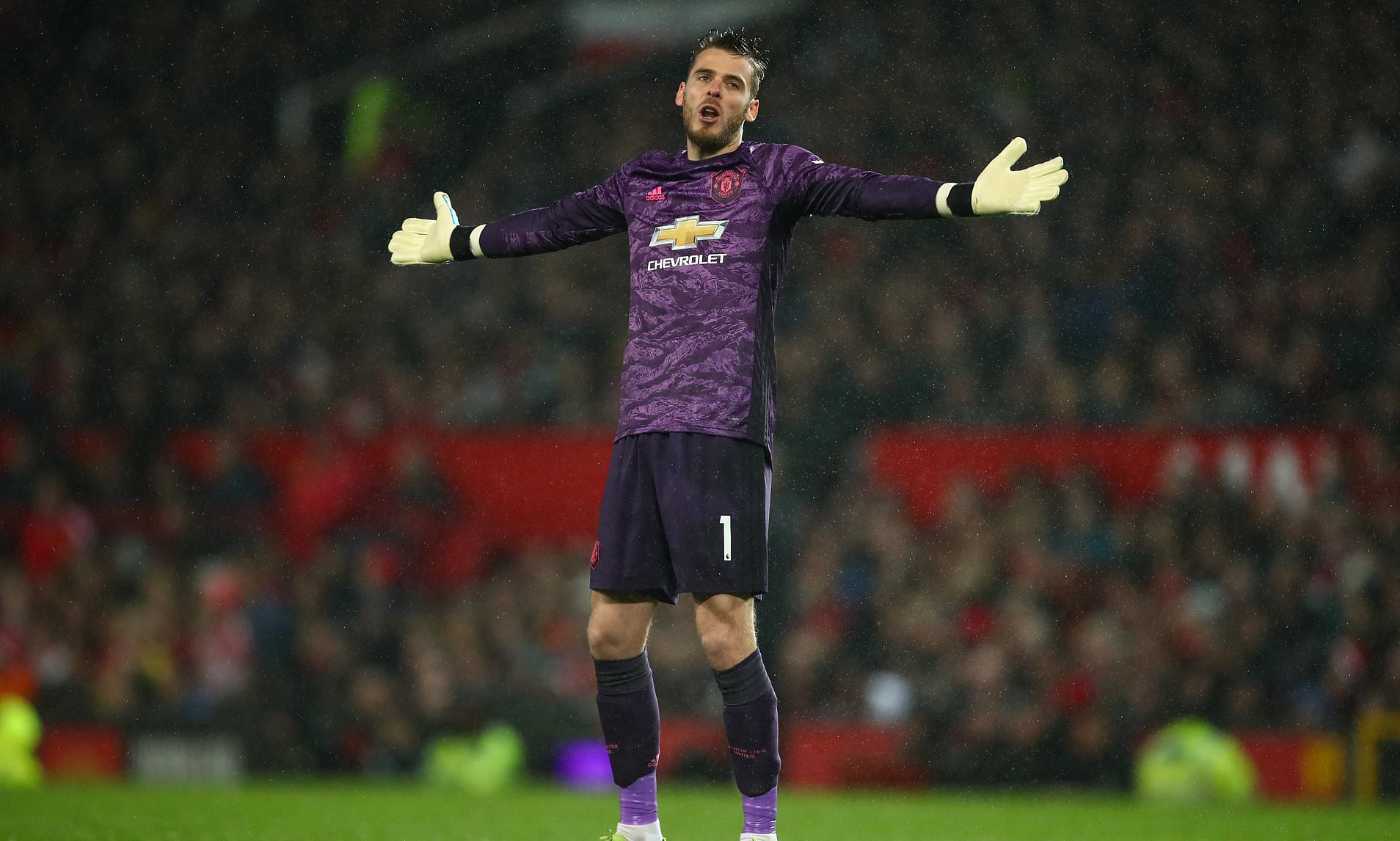 Since his rocky start at the club when he joined from Atletico in 2011, De Gea has been an irreplaceable member of the team racking up 299 appearances over 9 years, with his 300th coming against Wolves, and becoming arguably the best goalkeeper in the world for several seasons. However, despite him winning the Sir Matt Busby Player of the year award in three consecutive seasons from 2014-16 as well as winning the award in 2018, his form as of late has left a lot to be desired. The 18/19 season and the first half of the 19/20 season has seen a dramatic dip in form and has begged the question if the irreplaceable has become replaceable.

The biggest threat to de Gea’s starting spot is in the shape of loanee Dean Henderson who has been gaining a lot of plaudits from critics and fans for Sheffield United this season. Chris wilder has gone as far to mention his desire to bring back Dean next season:

This quote showcases his importance to the team, yet also how it has been made clear that Manchester United clearly see the player as a future number one, following the departure or decline of de Gea. The performance of Dean Henderson has made the argument of who will be United’s starter in the 2020/2021 season very compelling. Before this weekend’s games (gameweek 25) an interesting stat to note is that both de Gea, and Dean Henderson share the exact same total save numbers this season at 61.

The save numbers being exactly the same shows us that the gap in quality in terms of shot stopping is not a major concern, and Dean Henderson even has a higher number of clean sheets at 8 (tied first in the league) compare to de Gea’s 4. However, save numbers and clean sheets also rely heavily on the performance of the team defensively as opposed to the individual in goal so I more so a reflection of the team overall.

A most common criticism for de Gea is his ability to come off his line for corners and crosses to claim the ball or punch it clear. This weakness is highlighted by the stats that display how Henderson ranks higher in punches with 7 comparative to De Gea’s 5 punches as well as ranking way higher with 13 high claims compared to a measly 4 from De Gea. This showcases Henderson’s higher ability to deal with crosses, and as already stated this is a major problem that De Gea has come under fire for. The Everton and Liverpool games showed this, where Everton scored from a set piece due to De Gea’s weakness of dealing with high crosses, and the same would have happened unless VAR had not ruled out the Liverpool goal a few weeks later. This would be a major improvement if Henderson became first choice and would eradicate a major weakness with Manchester united defensively in relation of set pieces in which thy rank second bottom of the league with 10 set piece goals conceded.

However, with de Gea’s contract being valid until June 2023, and with interest from the big clubs dwindling, it seems ever so likely that Manchester United will be retaining the services of their key man for several more years. Despite his patchy form, he is still relied upon as the first choice, and that won’t change if Henderson stays at the club next season. Chris Wilder also revealed that Henderson wants to play first team football, which evidently rules out the possibility of him coming in and serving as the Spaniards deputy.

“He wants to play first team football. Maybe I shouldn’t be saying this, but I’m not so sure he’ll play back-up to anybody because it’s just the character of the boy.”

Personally, the best thing for everyone involved is to allow Henderson to carry out another season on loan with Sheffield United, and continue to grow as a footballer and gain experience, whilst keeping de Gea as the number one at the club for the foreseeable future. While it is evident de Gea has had a slump in form, with his save percentage dropping from 75.7% of shots faced in his peak during the 17/18 season, to 44% last season in 18/19 season, his patchy form across the last two seasons is only a spell, and following the midweek derby against city in the carabao semi’s, glimpses of his former unbeatable self was evident.

While it looks likely that Henderson won’t be first choice at Old Trafford next season, and de Gea remains the first choice, questions will still be asked about the Spaniards form. A good answer to a potential further dip in performance is the 32-year-old Argentine first choice, Sergio Romero. Being solidified as the deputy to de Gea for several years, Romero is constantly solid whenever he is called upon to step between the posts for Manchester United, maintaining an impressive record of 35 five clean sheets in 54 appearances, or a 64% rate. If de Gea declines any further, not having Henderson at the club is not a disaster, as Romero is plenty capable to step up to the mantle if needs be.

Moving onto the possibility of a decision to sell him, which I don’t think we will, and I don’t think we want to, is where we would sell him to. Obviously Real Madrid have been highly interested in the acquisition of the 29-year-old, but since the transfer saga of 2015 the interest has slowly cooled, and ultimately was completely ended when Real Purchased Tibo Courtois from Chelsea in 2018. As for other potential suitors, Barcelona and PSG both could afford his transfer fee and the wage demands, but both have fairly strong options in their own respective squads with Ter Stegen and Keylor Navas.

As for a return to his boyhood club Atletico Madrid, that is also highly improbable unless thy sell their highly respected keeper Jan Oblak. I think the most likely is de Gea being lined up to replace Navas at PSG due to him being 33 years old, however I can’t see de Gea moving anywhere other than Spain if he did indeed leave Manchester. Furthermore, while I do tink cashing in on de Gea while he still would demand a large transfer fee, I believe it would be more valuable for the squad and the fans if de Ge stayed at the club until his contract expires at the end of 2023.

Overall, I think it is obvious that de Gea has not been putting in the performances we have grown accustomed to, yet that does not mean he isn’t still an obvious choice for the number one spot. Henderson is undoubtedly a quality prospect, but I feel managing his play time and ensuring he starts week in week out for another premier league team will enable quicker development and prepare him for when he inevitably becomes first choice for the club. Having de Gea stay for a minimum of three more years would ensure legend status at the club, and he will go down as one of our greatest ever players.

Alexis Sanchez hasn’t done enough to warrant a second chance at United
Has the mid-season break come at the perfect time for United?
To Top