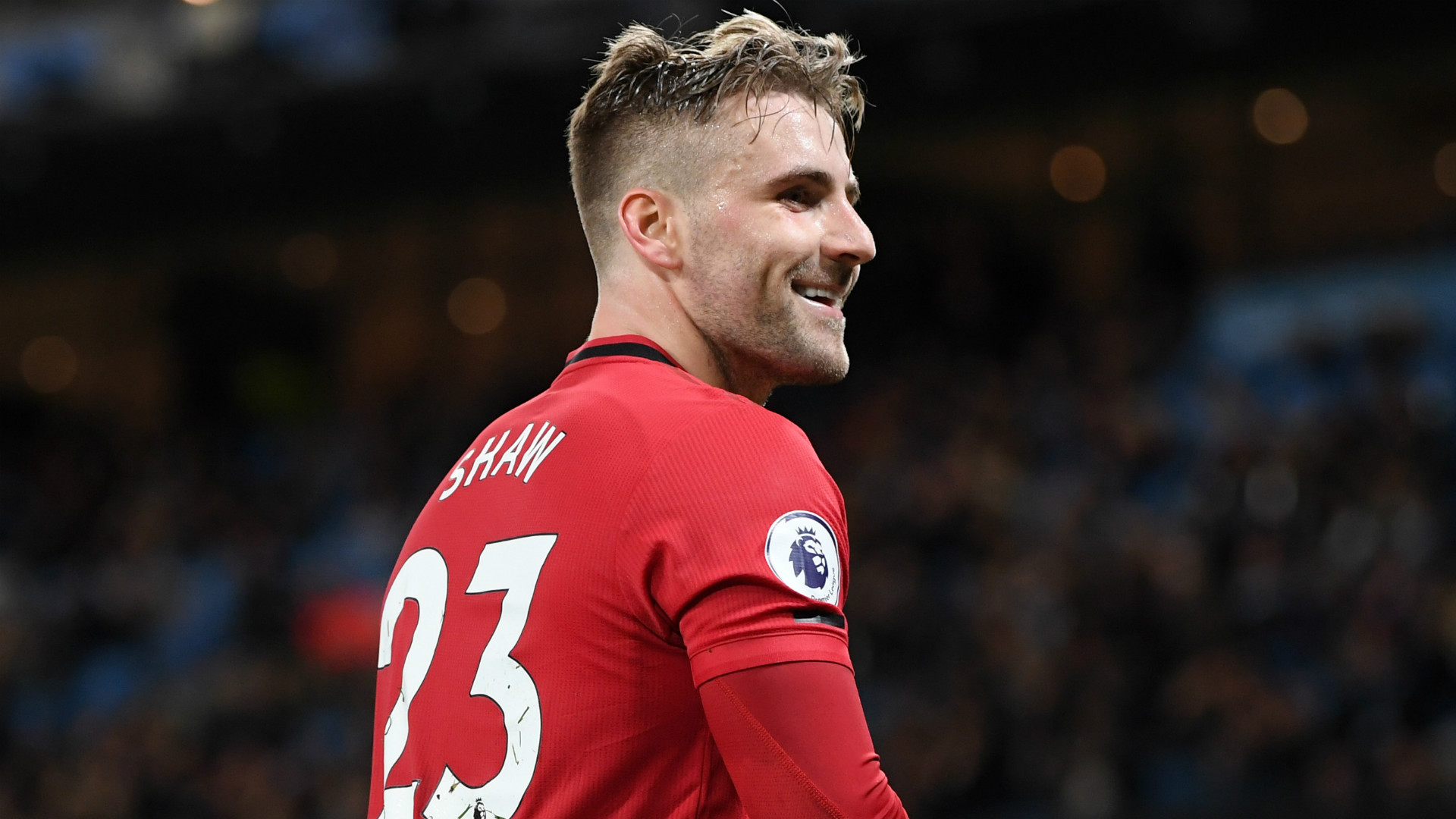 Ever since his brutal Tibia and Fibula Fracture against PSV in 2015, Luke Shaw has had a rocky time at Manchester United. Littered with injuries totalling up to 269 days of missed football after his recovery from his leg break, he has never managed to consistently put together a long run in the team and has never managed to complete a league season campaign as the definite first choice left back. Over the years, under several managers, he has been dropped for Ashley Young, Matteo Darmian, Daley Blind and most recently the emerging starlet Brandon Williams. It has gone as far as rumours circulating that Ole Gunnar Solskjaer has told Shaw that his starting spot has been taken by the 19-year-old. His role in the squad as the main starter is most definitely under threat, and would a player of his potential and once quality be happy playing second fiddle to a youngster or a new transfer? I’m not so sure, so there is a discussion needed in relation to Luke Shaw’s future at the club.

While there is very much a discussion and argument for Shaw losing his place that has only been reaffirmed by the quality performances churned out by Williams since his debut, it is evident that behind the lack of form, consistency and a horrendous injury record that there is a player there. The transfer fee of £30million for a player as young as 19, showcases that there was belief he was destined for a career at the top of world football. The start of his career at Old Trafford was full of excellent performances and the high price tag was looking to be worth it. While his first season was a bit of a mixed bag, the start of the 2015-2016 season was a great period of play for Shaw. Him and Memphis Depay were looking like the perfect partnership to dominate the left flank for United for the foreseeable future, drawing plaudits from many media outlets and the players themselves talking up their on-pitch relationship, with Shaw saying:

“I think our relationship is starting to build up, we have played a couple of games together and I am starting to understand how he wants to play. It is great to be playing with him, he can beat a man and he likes the attacking support from me as well – which is something I like to do.”

However, as already noted, the injury he sustained against PSV on the 5th September 2015 hampered his rapid development into a United regular and meant the burgeoning relationship between the two youngsters, Depay and Shaw, was put on halt. The injury had a massive effect on Shaw’s footballing development, leading to him missing 51 consecutive games for United and upon his comeback it looked like he was increasingly timid and scared of reinjuring his leg, resulting in meek and passionless performances. Up until the 18/19 season, Shaw had never really recovered to the fairly high levels of play showcased before his leg break, yet there seemed to be a resurgence of form in the 18/19 season, with Shaw scoring his first ever senior goal in football in the opening game of the season against Leicester. He would go on to impress in several games that year and across multiple competitions resulting in him winning the Sir Matt Busby Player of the Year and the Players’ Player of the Year in 2018–19. This semi-resurgence presents the idea that there is most definitely a player of good quality in Luke Shaw. If his injuries can be mitigated, and his confidence gets back to a good level, there is a chance of him becoming a good player once again, yet it is a big if. In this time in his career however, it does seem there are more negatives than positives with him as a player.

One of the major downsides to Luke Shaw, and the main criticism that he comes under fire for is his drastic injury record. Including his leg break, Luke Shaw has had 678 days on the side-lines since his move from Southampton, equating to 113 games of football missed in 6 seasons due to injury. Those numbers are ridiculous, and its no shock that he can never maintain a consistent run in the team when he is never fit. The 17/18 season was an anomaly, however. Luke Shaw did not suffer a single injury all season, which should have meant that he racked up a lot of football. It was quite the contrary, with him only making a total of 23 appearances that season (4 of which were in the reserves) with a grand total of 1658 minutes of action. The disappointing performances were backed up by the fact that he split the minutes at left back with a former winger in Ashely Young, who made 26 appearances in that position. This poor season reflects his ability and consistency as a player. With no real competition ahead of him, he never managed to fight and make the left back spot his. Furthermore, to add to his injury woes and lack of trust showed in him by several managers, Jose Mourinho very publicly lambasted Shaw on several occasions during his reign as the manager at Old Trafford, which came as a shock to fans and the media alike. There are quotations that show that Jose really did not trust Shaw and saw many holes in his game meaning he fell far down in the pecking order at the club:

Such harsh treatment seemed to really hamper his confidence when he did make appearances. Upon the rare instance he did put in a good cameo, Jose still dug his heels in. This is evident following the game against Everton in the 17/18 season where Jose stated:

“He had a good performance, but it was his body with my brain. He was in front of me and I was making every decision for him”

It was evident that Jose had lost faith in him completely, and this trend has continued into the reign of Solskjaer who has given a debut to and continually played Brandon Williams ahead of Luke Shaw. Two consecutive managers have seemingly favoured other players over him, which is a damming thing considering the players favoured were a 30-year-old ex-winger in Young, and a youth prospect in Williams. With him out of form, appearing to be out of shape and overweight and out of favour, will Solskjaer put faith in him once again? Or will he continue to show trust in the youngster Brandon Williams.

The future of Luke Shaw at United does look bleak indeed. As mentioned, several times in this article, Brandon Williams has risen to the forefront of the manager and the fans minds alike. Having already made 9 appearances in the league this season, he is only 5 games behind Shaw in that regard despite making his debut on the 3rd of October and has actually made 2 more appearances than Shaw in all competitions. Brandon Williams is the more favoured man at this current time for the left back spot, making more consecutive appearances week in week out and seemingly never putting a foot wrong. While there has been speculation that Solskjaer is interested in bringing in a new fullback to the club, there was no real speculation in January as to a new left back being purchased. However, I fully expect rumours surrounding left backs to be ramped up over the summer window, with players such as Grimaldo, Telles and Chilwell being the most likely to crop up in news outlets. I personally believe that Brandon has the potential to become a top player, and he has already shown the fans that he is willing to fight for the shirt, working harder in 20 games in his debut season than Shaw has in his 6 years at the club. However, he is young, and I think if the club see the left back spot to be Brandon’s for the future then buying a more experienced player to nurture and mentor Williams may be the way forward. This would ultimately mean that there would be little room for Shaw in the squad, and the door may be his only option.

Overall, the career of Shaw is one marred by injuries. A real talent was evident when Manchester united purchased him from Southampton. He has never hit the heights of his potential, and only really shown glimpses of his quality, never maintaining a consistent level of performances. I do hope Luke Shaw can come good at United, it would solve an issue the club have had for years. The competition provided by Williams could spur him onto greatness, but it could also push him out of the squad for good. The second half of the season may be the last chance for Shaw to impress enough to prove he is good enough for Manchester United. The summer may be the end for Shaw at Old Trafford, but e will just have to wait and see what the outcome will be.

Could Diogo Dalot find a starting position as a right-winger?
Is Odion Ighalo the right backup striker for Manchester United?
To Top