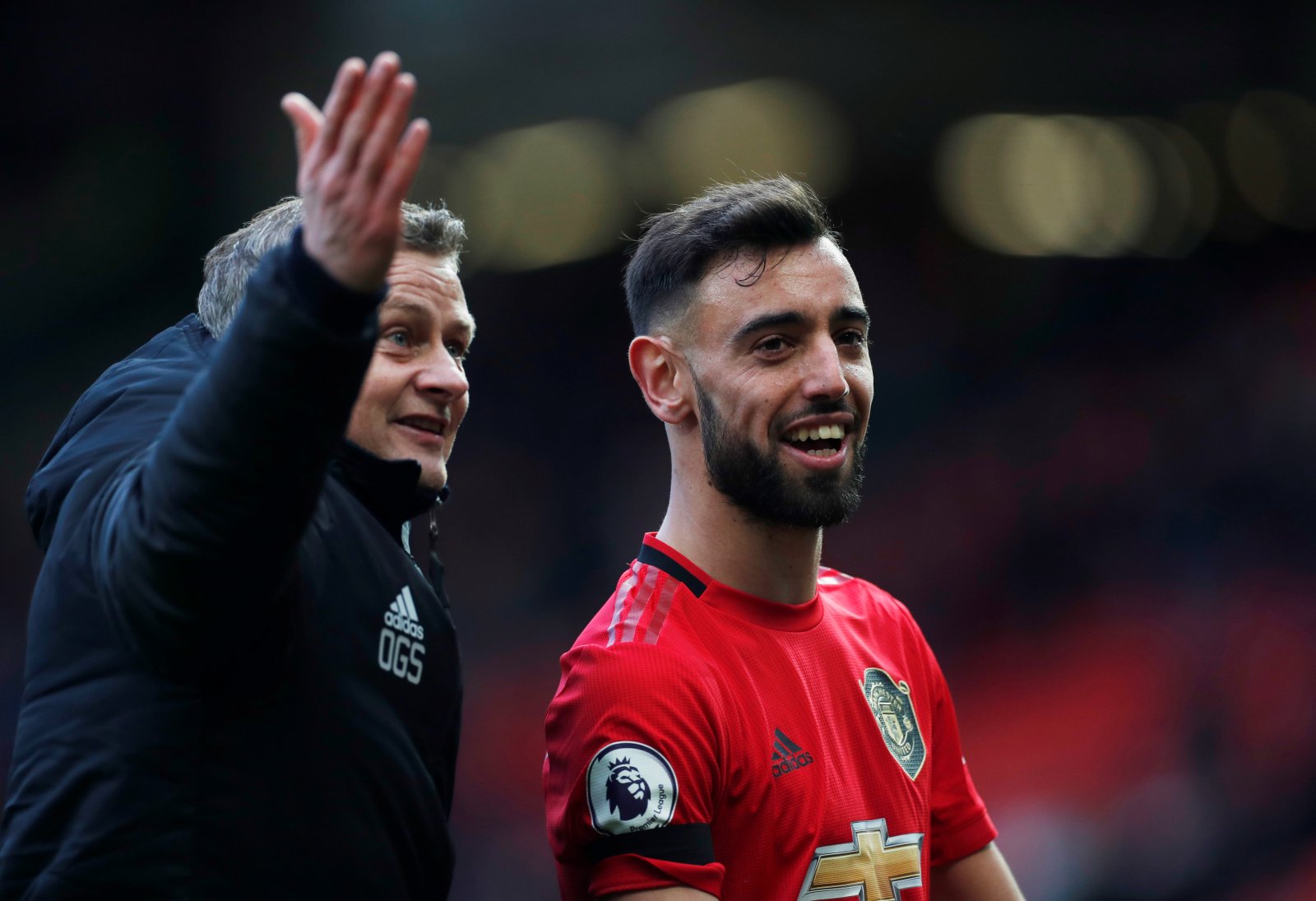 Five games, five Man of the Match awards, two goals and two assists. The start Bruno Fernandes has made in Manchester arguably couldn’t have gone any better for the Portuguese midfielder having yet to lose in a Red Devils shirt since his move to the Premier League.

After making the switch from Portugual, an initial adaptation period was expected, yet Fernandes has skipped such a ‘settling in’ period and has almost single-handedly improved the creativity in a side lacking any form of imagination prior to his debut.

Fernandes’ form has been so welcomed, former United midfielder Paul Scholes has claimed the 25-year-old has made fans forget about Paul Pogba’s absence, saying on BT Sport’s Europa League coverage: “The fact that nobody has been talking about [Paul] Pogba coming back into the team in the last few weeks speaks volumes for what Fernandes has brought to the team.”

“He has probably brought to the table what Pogba hasn’t in the last couple of years. Fernandes has been allowed the freedom and it’s worked. Pogba is a great player but it doesn’t look like he is going to be here next season. I just think United should carry on as they are. I think it would be tough for Pogba to get in this team at the moment,” Scholes added.

Ignoring Scholes’ contradiction in talking about Pogba whilst insisting everyone has forgotten about Pogba, the idea Manchester United cannot have two excellent midfielders co-existing in the same squad is perhaps a mindset that has left the club in the position it’s in.

A look across to the other club in Manchester would highlight the need and possibility of squad depth and the success that can bear fruit from it. Pep Guardiola’s side came away from the Santiago Bernabéu with a 2-1 win in the Champions League on Wednesday having left Raheem Sterling and Sergio Agüero on the bench, with the latter of the two not even earning a minute in Madrid.

But at United, there’s a belief that as soon as one player hits form, the need for further strengthening or investment must be halted to allow such players to flourish. The same mindset has been seen in the media before with Marcus Rashford, with the ideology being spread that United should not recruit to replace Romelu Lukaku because the 22-year-old was perfectly capable. Whilst Rashford’s ability has never been in question, relying on individuals has been one of the reasons behind United’s downfall and his injury later led the club needing to secure a last-minute six-month loan deal for Odion Ighalo.

Fernandes has shown to be a level ahead in terms of intelligence and creativity when playing alongside his United counterparts, a trait Pogba has also demonstrated on many occasions since 2016. If Fernandes’ acquisition has been a step forward for the club and a success in the recruitment department, what sense does it make to then take two steps back by allowing one of the few players on the same level as the former Sporting man to leave, further weakening the side?

Not only that, Pogba, through the voice of Mino Raiola, has been rather vocal about wanting the club to show more ambition in their quest to return to the glory days and the signing of Fernandes has shown progress on that front. Had Pogba wanted to move to Madrid, he would have opted for them when he had the chance. Had he wanted to stay in Turin, he would have done so. Instead, he returned to Manchester in which he has described as ‘home’.

Had he been promised a better project than the club have delivered, it’s understandable him now not being so keen being back at Old Trafford, especially when regularly being used as a scapegoat. But Fernandes’ introduction can help carry the creative burden placed on Pogba’s shoulders and make the Frenchman’s experience a lot more worthwhile once he regains his fitness, perhaps bringing out the side of the World Cup winner we have only seen glimpses of so far.

Keeping Pogba would also set up the summer transfer window perfectly for Ole Gunnar Solskjær and Ed Woodward. Not only does it mean they no longer need to find a replacement, but for summer targets like Jadon Sancho, Pogba remains a huge attraction and most players, especially those of Sancho’s age, would be extremely keen to play alongside the 26-year-old.

For the club to compete on all fronts, a squad capable of doing so has to be built and allowing players like Pogba to leave simply because others are performing well would not only be an amateurish move, but an illogical one. Though Scholes insists he doesn’t wish to get too carried away, the suggestion that the club should forget about Pogba is taking jumping the gun to the extreme, with Fernandes only five games into his Manchester United career and Pogba still yet to return to full fitness. Should Solskjær find a way to deploy both successfully, there’s little reason to see why United wouldn’t be able to kick on.