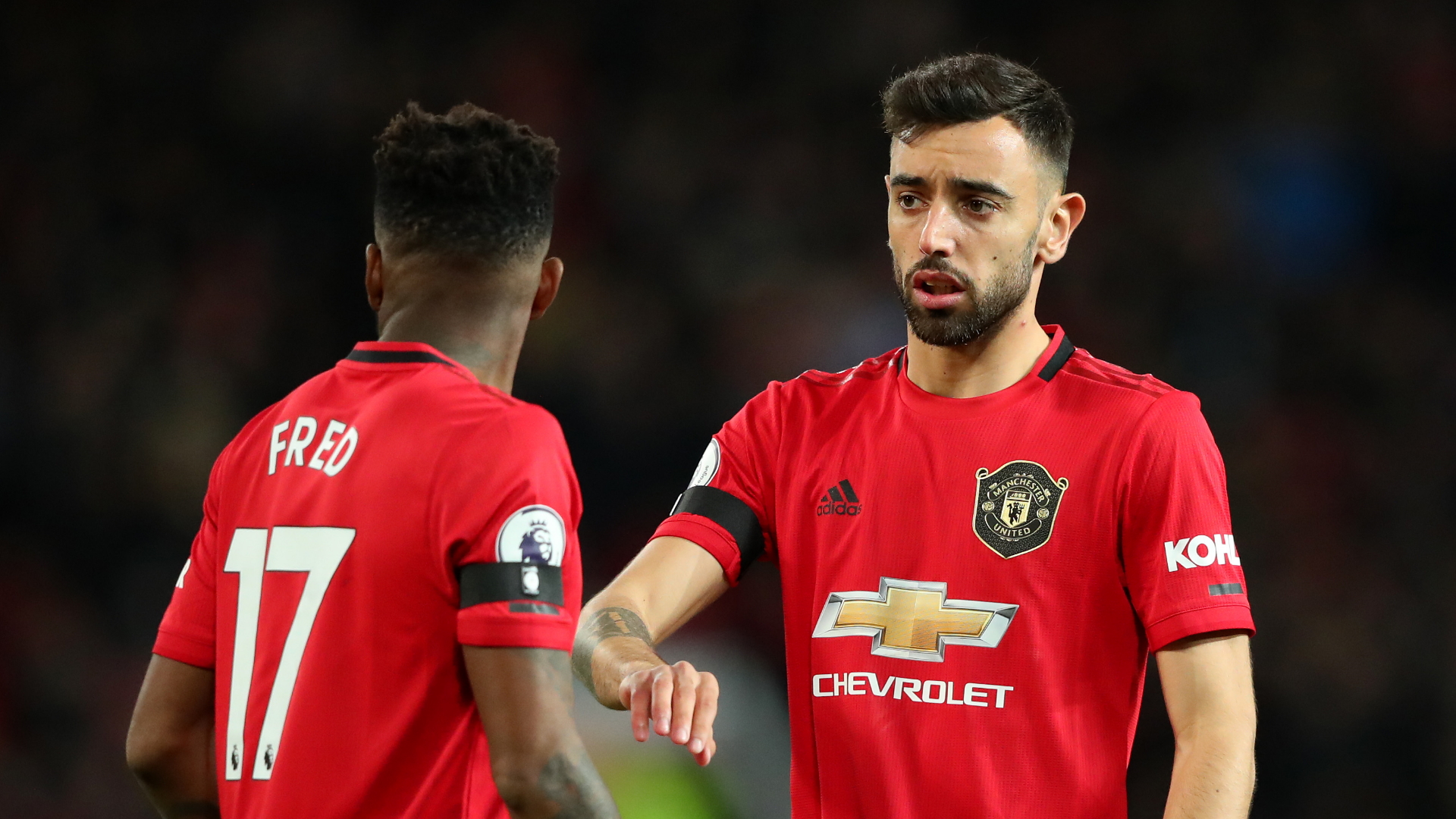 We take look at the clubs midfielders for the second part of this seasons player ratings as the Premier League.

Nemanja Matic: 6
The Serbian midfielder started the season on the fringes and only made his first appearance as a substitute in United’s fourth game of the season but was clearly behind both Paul Pogba and Scott McTominay in the pecking order, despite being a constant in Solskjær’s team selection the season before.

There were reports of a rift between the pair but it has slowly subsided to the point where Matic regained his position after injuries to McTominay and Pogba. The former Chelsea mans form improved to levels close to his first season. It’s an impressive comeback which has earned the midfielder a contract extension, although it is yet to be made public officially.

Solskjær admitted that the club had agreed a new contract with Matic, who had been linked with a move to José Mourinho’s Tottenham, just before the season was brought to a halt due to do the coronavirus.

His season as a whole, however, has been disappointing.

Scott McTominay: 8
José Mourinho was a big fan of Scott McTominay and often during the Portuguese manager’s time at United, supporters couldn’t quite understand why. It’s clear now that although there have been more gifted players come through the ranks at Old Trafford, McTominay’s determination to become the best version of himself has impressed Solskjær as well.

‘McSauce’ has cemented his place in the United starting eleven and has even proved to be versatile enough to play in different shapes & formations.

Even though he has missed almost three months of the season due to injuries, has surprised fans with his improvement over the 2019/20 season.

Goals from midfield has been an issue at United for years and McTominay’s 5-goal haul this season is encouraging, considering his starting position is often deeper than any other midfielder on the pitch. Long-range goals against Arsenal and Manchester City were particularly impressive.

Fred: 8
José Mourinho reportedly told Fred that his United career was over, just a week before he was sacked. Fred outlasted Mourinho but he was one of the few players who didn’t get the Solskjær-boost last season.

He struggled to get in the team and there is a case to be made that he wasn’t in any plans to be a started this season but injuries in midfield forced the Norwegians hand and his faith in Fred has paid off. The weak, sloppy and more or less useless player we saw last season is completely gone and will most likely be a nominee for Player of the Season at the end of the campaign.

Fred, who gives off a very humble vibe and looks a player eager to learn and give his all on the pitch, has done extremely well to brush off his troublesome first season. Solskjær joked that he wouldn’t be alive for Fred’s next goal after he scored two against Club Brugge but scoring goals from midfield was a big part of his game upon his Old Trafford arrival and his improvement this season suggests that it’s only a matter of time before we see it on a consistent basis.

The competition for places in midfield hasn’t been as fierce at United for years but Fred is in a great position to keep a spot for the foreseeable future. Bet you didn’t think you’d be reading this at the start of the season.

Andreas Pereira: 5
Somewhat unfairly given stick at times, Andreas Pereira is simply out of his depth at United but credit should be given where credit is due and Pereira, who is capped by Brazil, is a hard worker who clearly wants to do well for United.

It has rarely translated well onto the pitch and even though he has become a running joke among fans on social media, he looks like a player determined to do best with what he’s got. It was always clear that Pereira was not a player Solskjær had in mind as a starter but with very few options, Pereira has been forced to play more than he probably should have.

The Brazilian has qualities to become a squad player for the club and should not be ruled out just yet. McTominay, Fred and Lindelöf are all evidence to that there can be tremendous improvement made.

Jesse Lingard: 4
It’s all gone terribly wrong for Lingard and United and perhaps to the point of no return. We must not forget that it was not so long ago that the midfielder was a fan-favourite at United. ‘Wembley specialist’ was his nickname after final goals against Southampton, Leicester and most notably Crystal Palace.

His last-minute scorcher against Crystal Palace remains one of United’s best moments in past years and even if Lingard is expected to leave the club in the next transfer window, he has done more than many others currently at the club.

Lingard is a prime example the English media’s obsession with lifting a player up only to humble them. And that’s being nice. An academy graduate who has guided the club to trophies deserves more respect than he has been accounted for.

Lingard is obviously a big United fan and would want nothing more than to do well at United but his decision to team up with Mino Raiola, who is notoriously disliked by the United hierarchy, would suggest that an exit is looming. It’s an unfortunate development for a player who could’ve had a much better ending to his stay at the club.

Bruno Fernandes: 9
The £47 million signing of Fernandes makes you wonder where United would have been if the transfer would have been made six months earlier. His arrival has coincided with United’s best form in years.

Arriving in January and being expected to lift a whole club in pieces is never an easy task. Many ‘stars’ have failed to build a connection with the Old Trafford faithful in years gone but it’s been a seamless transition for Fernandes, who looks like a player who thrives under pressure.

The thought of a midfield partnership with Paul Pogba is leaving United fans all over the world with their mouthes open and although we’re likely going to see it for at least the remainder of this campaign, Fernandes is proving that there is life after Paul Pogba at United.

Juan Mata: 5
Probably one of the most humble and unanimously liked player Old Trafford has seen since Sir Alex Ferguson retired.

The ‘nicest man in football’ never throws a fit when not selected and has transitioned from a starter to a squad player. Mata signed a new two-year contract at the end of last season but is unlikely to challenge for a big part in United’s rebuild.

Short cameos every now and then sums up the Spain internationals season so far but just like many others this season, his form has improved since the turn of the year. A man-of-the-match performance against Norwich was followed by a the winning goal against Wolves in the FA Cup in January.

Paul Pogba: unrated
‘A new challenge’ were Pogba’s choice of words last summer but he ended up staying when the transfer window had shut but only six appearances this season is underwhelming.

Through no fault of his own, the Frenchman’s season has been blighted by injuries in a campaign where he was supposed to be the talisman. His absence has allowed others to shine but United fans are eagerly anticipating his return when football resumes.