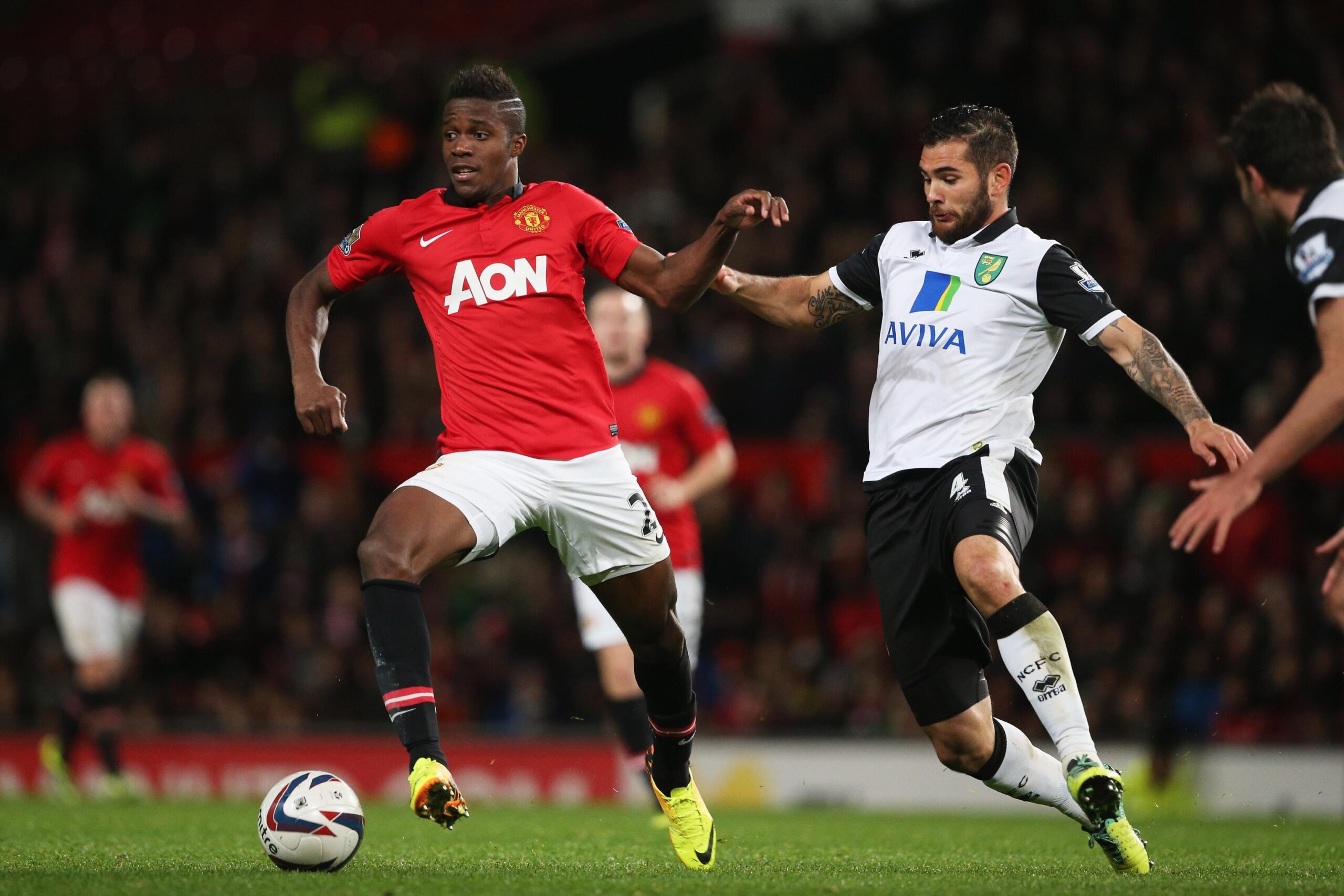 Wilfried Zaha has addressed the absurd rumours circulating mainstream media in 2013 after failing to make a single appearance for the first team, despite impressing in the pre-season tour.

Although Guillermo Varela arrived in June, three weeks before Sir Alex has officially left, Wilfried Zaha was the gaffer’s final signing at United and hopes were high after a good pre-season.

Zaha scored one goal and looked like a breath of fresh air on the flanks and there was real optimism that the winger, who was representing England at U21 level at the time, could challenge for a spot in the first team.

Things turned sour quickly and it wasn’t until December that Zaha made his first of only two league appearances before being loaned to Ole Gunnar Solskjær’s Cardiff and then a return to Crystal Palace.

The Ivorian has opened up on Rio Ferdinand’s Locker Room show and reveals all about the rumours at the time.

“I’m here by myself, struggling because people are telling me I’ve slept with the manager’s daughter and that’s why you’re not playing me. The funny thing is, it’s carried on for so long I felt like, is the manager not going to come and have a word with me over this? That’s how I felt and I’m thinking this is ridiculous man.”

Zaha’s failure to kick on at United could be down to a number of reasons but the winger insists that it was not down to any personal relation with David Moyes’ daughter.

“Up to this day I still get people that think that’s true and I’ve never even met his daughter.

“People came out with it, I see it trending on Twitter, people came out with how can he play so well on tour then just be dashed out like that with nothing, no one telling us anything – he must have slept with the manager’s daughter.