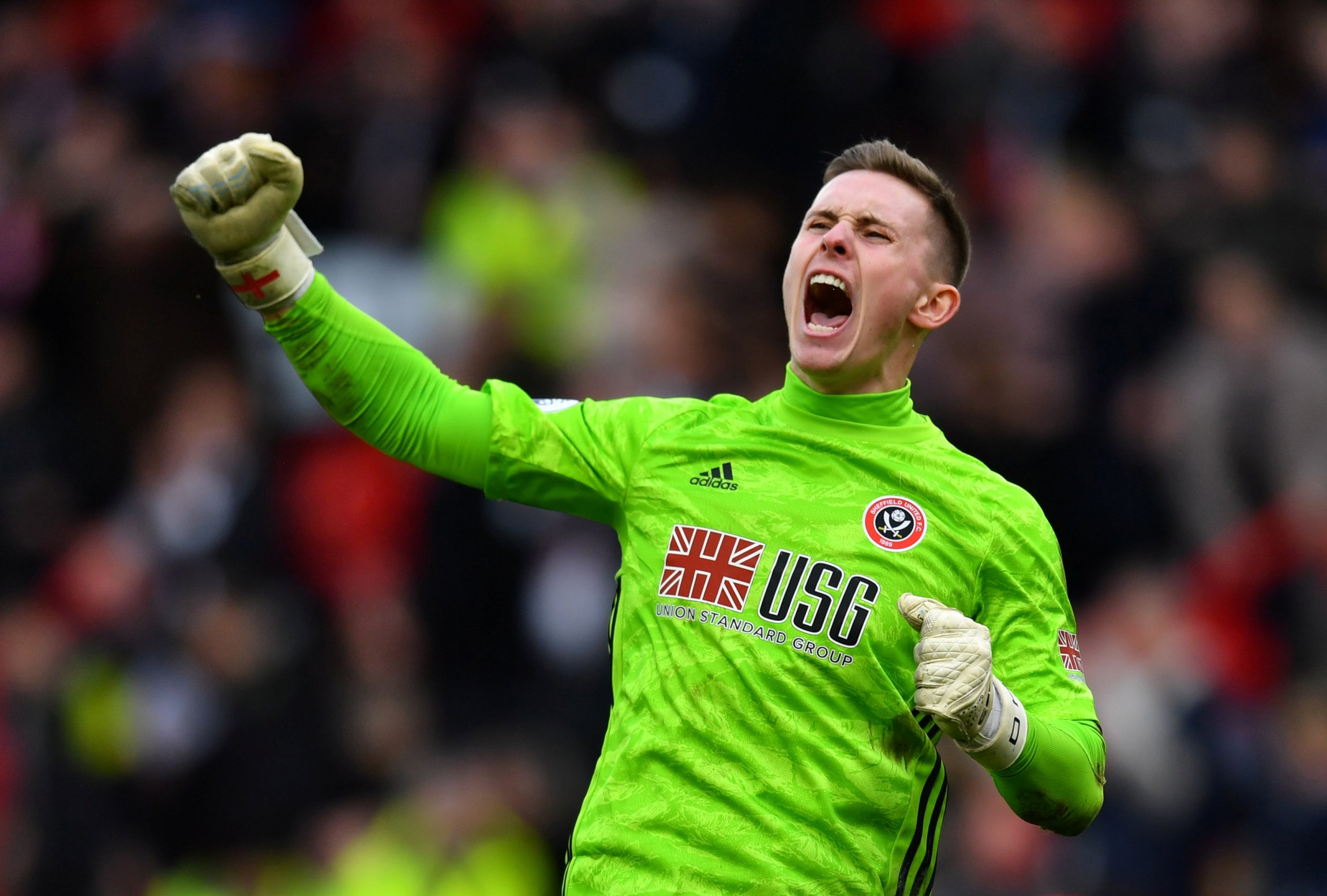 A decision has yet to be made on Dean Henderson’s loan deal, despite the fact that talks between Manchester United and Sheffield United have been ongoing for weeks.

This is according to the Manchester Evening News, who describe the Red Devils’ situation as a ‘lose-lose’. United are supposedly holding out until June 24, the day the two clubs face each other at Old Trafford.

The decision to loan Henderson back to the Blades at the start of the season was no doubt a straightforward call – he played an integral part in their promotion story, winning the Championship’s golden glove. He is well settled in Sheffield, thriving under a great mentor in Chris Wilder.

However, the goalkeeper’s form has been a huge factor behind the Yorkshire club’s current league standing, in what has been the surprise story of the season. With eleven games to play, Sheffield United sit in 7th position and should they win their game in hand, they will leapfrog Ole Gunnar Solskjaer’s side into 5th place.

No matter how much Wilder wants to downplay the situation, the Blades are Champions League contenders. Alluding back to Henderson’s situation, United seem to be in a crossroads of whether to weaken one of their competitors, and bring the keeper back to Manchester.

The 23-year-old’s loan expires on June 30, which in any other ordinary season, would have allowed him to see out the full campaign. Without an extension though, Henderson would only be able to feature in three more league games, missing crucial fixtures against Arsenal Tottenham, Wolves, Chelsea and Leicester City.

Recalling him early would potentially upset the player though, being a figure that has already felt a ‘little’ hard done by. The club have seemingly already overlooked the Englishman ahead of next season, despite him ranking second in the division for most clean sheets.

Henderson has been an integral part of Sheffield United’s rise over the past two years, and deserves to see out the season with the club.