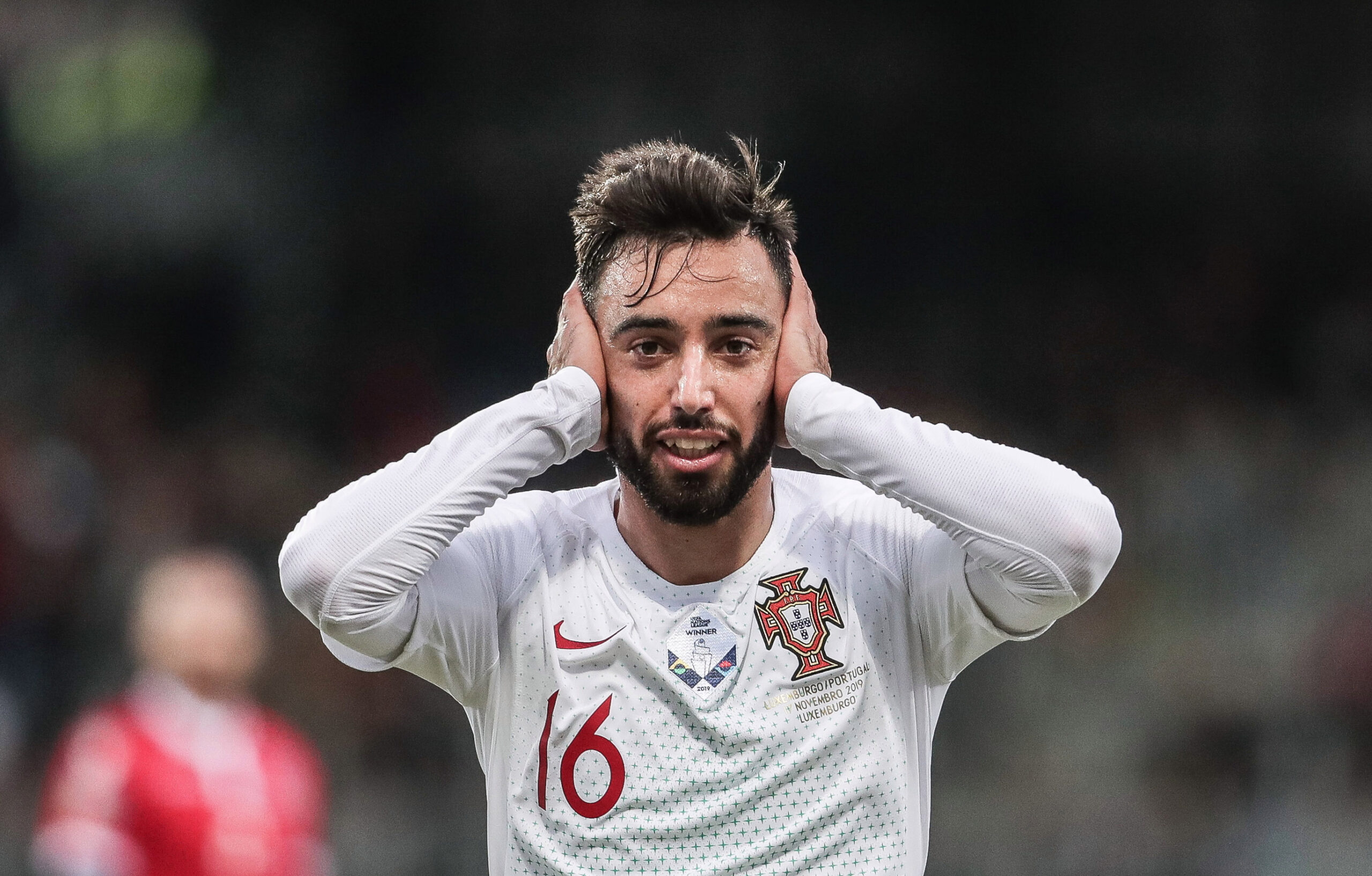 We know lockdown has been hard enough and we really don’t mean to rub salt in the wound but… in case you didn’t know, today was supposed to be the first day of Euro 2020. Now we’ve all stopped crying, let’s try and take solace in knowing that many United players looked to have promising tournaments and although they can’t be competing on that front until next year, at least it has afforded them to make up time with their fellow Reds.

That being said, we thought a fun, vicarious consolation prize would be to handpick a few United players that we thought were set to have a great Euros and imagine how far they could have got in the tournament. Here are just five that came to mind.

Wonderkid, role model, Mr. Manchester United – whatever you want to call him, we all love Marcus Rashford and it would have been extremely short-sighted to not have expected big things from him at this year’s Euros, given he was and still currently is, having his best statistical season yet.

Whilst he may not have set the world on fire at the World Cup, it’s easy to forget that it was only his second international competition, only his first as a guaranteed starter and he was still only 20 years old. Since then, Rashford has matured significantly both on and off the pitch, and not only has he become a more consistent goalscorer but his all-round game – intelligence, strength, dribbling, tracking back – have massively improved.

What’s more is that Rashford, despite still being so young, has played such a focal and pivotal role for United over the past couple of seasons, that he turned into a leader. Not only does he inspire the younger players coming through, he takes on the same responsibility of more senior figures, like Harry Maguire, De Gea and, last season, Herrera and Ashley Young. The PSG penalty proved that.

I believe the Rashford you would have seen at Euro 2020 would have been head and shoulders above the one you saw two years prior. Not only has he become an even better, more consistent player, but his determination appears through the roof after his injury and moments like that night in Paris show that he has the bottle in big moments. He is now one of the best players in Europe.

You can’t discuss a European tournament without discussing one of the most talented players in Europe. That’s right, I said it – say what you will about Pogba’s time at United so far, there’s no denying that there aren’t many players who share the same level of natural ability, creative flair and raw physicality that he does. You only have to look back to the 2018 World Cup to see what he is capable of.

Of course, we saw the expected moments of brilliance from the likes of Mbappé, Griezmann, Kante and even surprises like Pavard and that iconic outside-of-the-boot volley, but you’d be a fool not recognise how vital Paul Pogba was in that World Cup-winning team. The oft-criticised midfielder was not only the creative architect behind the majority of France’s goals, but he also shone as the leader of that team – the role so many seemed to doubt he could take on.

Now, already as a World Cup winner and having recently made the comeback from a long-term injury, Pogba was certain to not only have made the cut in Deschamps’ squad but likely to inspire yet another successful tournament team. Whatever you may think of his current position at United, there is no doubting that he has an innate chemistry with his fellow countrymen and with one in particular. Speaking of…

I may be swayed by personal bias (I’ve often been accused of belonging to Martial FC), but there’s no arguing that Tony was having a fantastic season that even with an injury setback, could still see him break 20 goals for the first time in his career. With nine games left, I expect him to finish the year strong, but I thought Euro 2020 could have been huge for him.

There was an air of poetic justice lingering around the build-up this tournament. Martial was unfortunate enough to be passed over during selection for France’s 2018 World Cup-winning squad – something I’m sure was very hard to take – and this can, almost unequivocally, be accredited to his treatment by Jose Mourinho and the arrival of Alexis Sanchez.

Up till that point, Martial was the club’s top performer: he had ten goals and nine assists in 32 appearances but even more precisely, he averaged only 53 minutes per game, meaning that he was directly involved in a goal every 89 minutes. Fantastic form that begs the question, why he was dropped at all?

Not only has Martial’s form massively improved since Ole took over, but we got to see even more of the famous French connection the two shared prior to Pogba’s injury. With the latter returning and the former on track to have his best season, it almost certain that the pair would be selected for the Euros and could have developed that relationship even further. Thankfully, both are once again sharing the pitch with their United teammates and remain a key part of Solskjaer’s plans.

We’ve had plenty of singings who have got off to a great start, even recently—Martial being one of them—but I don’t think you could have asked for a better start to life at Old Trafford than Bruno Fernandes has made. His stats are incredible: a goal or assist in every one of his five appearances and even before that, he scored 20 goals and registered 13 assists in 33 appearances for Sporting last season. From midfield. So yes, we think he’d have been one to watch at Euro 2020.

Whilst he’s only made a few appearances for his national side so far, contributing to a goal every time you play is an unbelievable level of consistency, so it’s no surprise he’s already got the seal of approval from his fellow compatriots. Even CR7 himself has labelled him as ‘fantastic’ and he is clearly being made an integral part of this next generation of Portuguese internationals.

There has been much debate over how he and Paul Pogba will line-up alongside each other, with many arguing Fernandes should play ahead of Pogba. Either way, there’s no doubt that both would have shone for their national teams this summer and you have to believe they’ll do the same for United.

This last one might catch a few off-guard, especially given that Henderson wasn’t guaranteed to be in Southgate’s squad, but it’s hard to argue that United loanee hasn’t been one of the signings of the season. Playing under Chris Wilder at Sheffield United, Henderson has helped the Blades reach seventh in the Premier League table and has the joint-second most clean sheets, alongside Alisson and Kasper Schmeichel.

His confident and commanding performances between the sticks earned him a spot in Sky Sports users’ team of the season and, for many fans, has not only put him ahead of Southgate’s current first-choice goalkeeper, Jordan Pickford, but many believe he could unseat De Gea next season too.

There is no taking away from what Pickford did at World Cup 2018: he was arguably in his best and most confident form – no better epitomised than in that penalty shoot-out (forever on repeat) – but this season he has been less than convincing, with even Everton fans turning on him in many cases.

With Southgate seemingly building a younger England team, supplemented with a few more senior deputies but that’s core could go on to last for a decade (maybe more), it would seem foolish to pass up the opportunity to blood a bright, young goalkeeper like Henderson as early as possible. Pickford is by no means old, but the beautiful game moves fast and the United man is already on his heels.