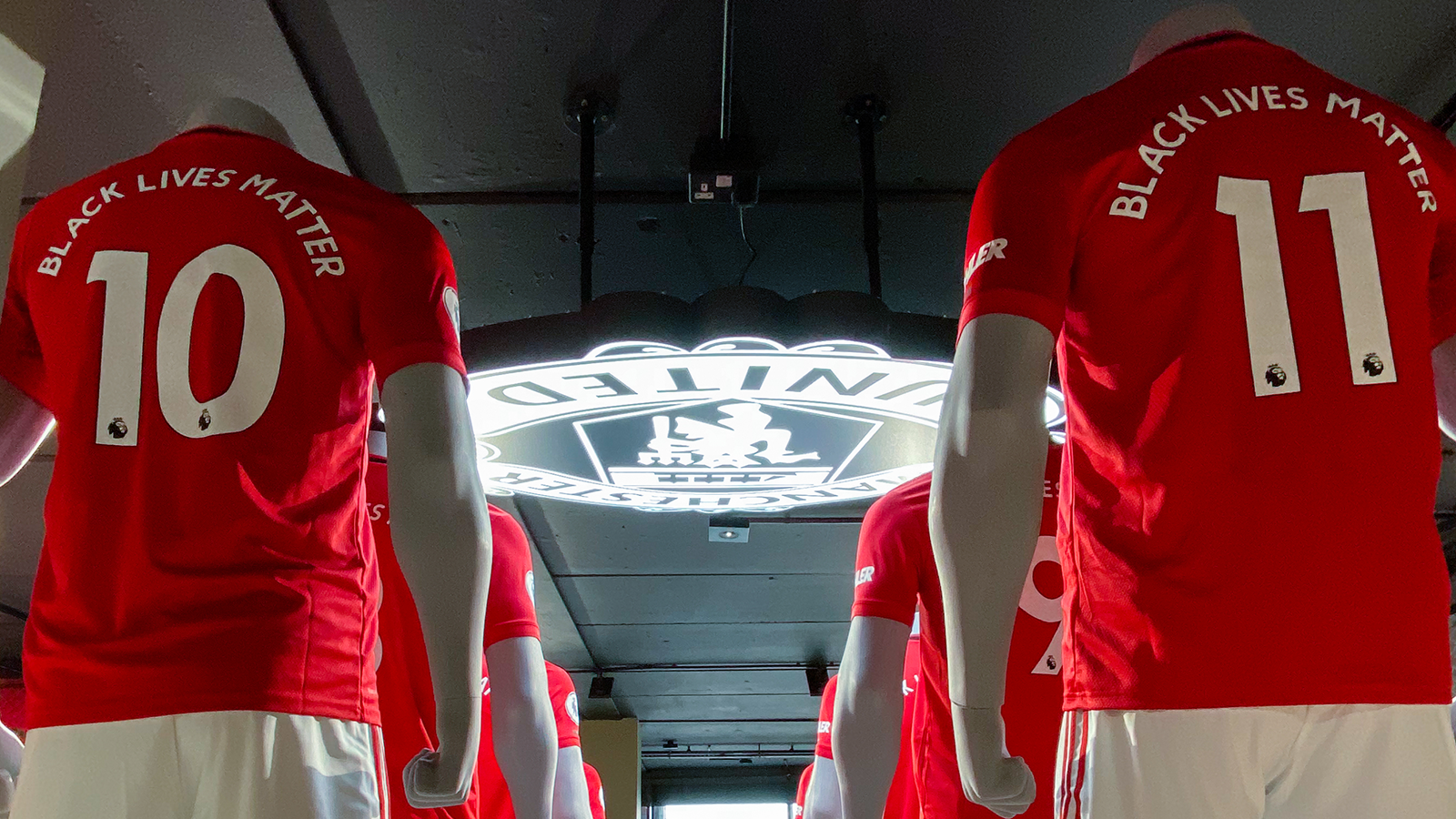 This weekend, all Premier League clubs will remove players’ names from the back of their shirts, replacing it with ‘Black Lives Matter’ in support of the worldwide movement, starting last night with Aston Villa, Sheffield United, Manchester City and Arsenal.

Manchester United have also announced that they will be donating all proceeds from the shirt printing if fans choose to get ‘Black Lives Matter’ printed on their United shirts to anti-racism organisation, Kick It Out.

United are due to join in with the rest of the Premier League’s clubs this Friday in their first game of the restarted season against Tottenham Hotspur. Fans who want the message printed on their own shirt will see the £10 cost of printing donated to the Kick It Out organisation and can do so on United Direct or at the Old Trafford Megastore.

United’s Managing Director, Richard Arnold stated: “Manchester United has a long-standing commitment against racism and discrimination, both through our own campaigns and through support of external organisations working in this area. We wanted to take this from being a valuable message of support to real tangible help for the essential work that Kick It Out do in this area.”

Sanjay Bhandari, Chair of Kick It Out also added: “We are incredibly grateful for this support from Manchester United. There remains much to be done to combat discrimination and promote inclusion in football but we know that with the help of United and others, we can make progress.”