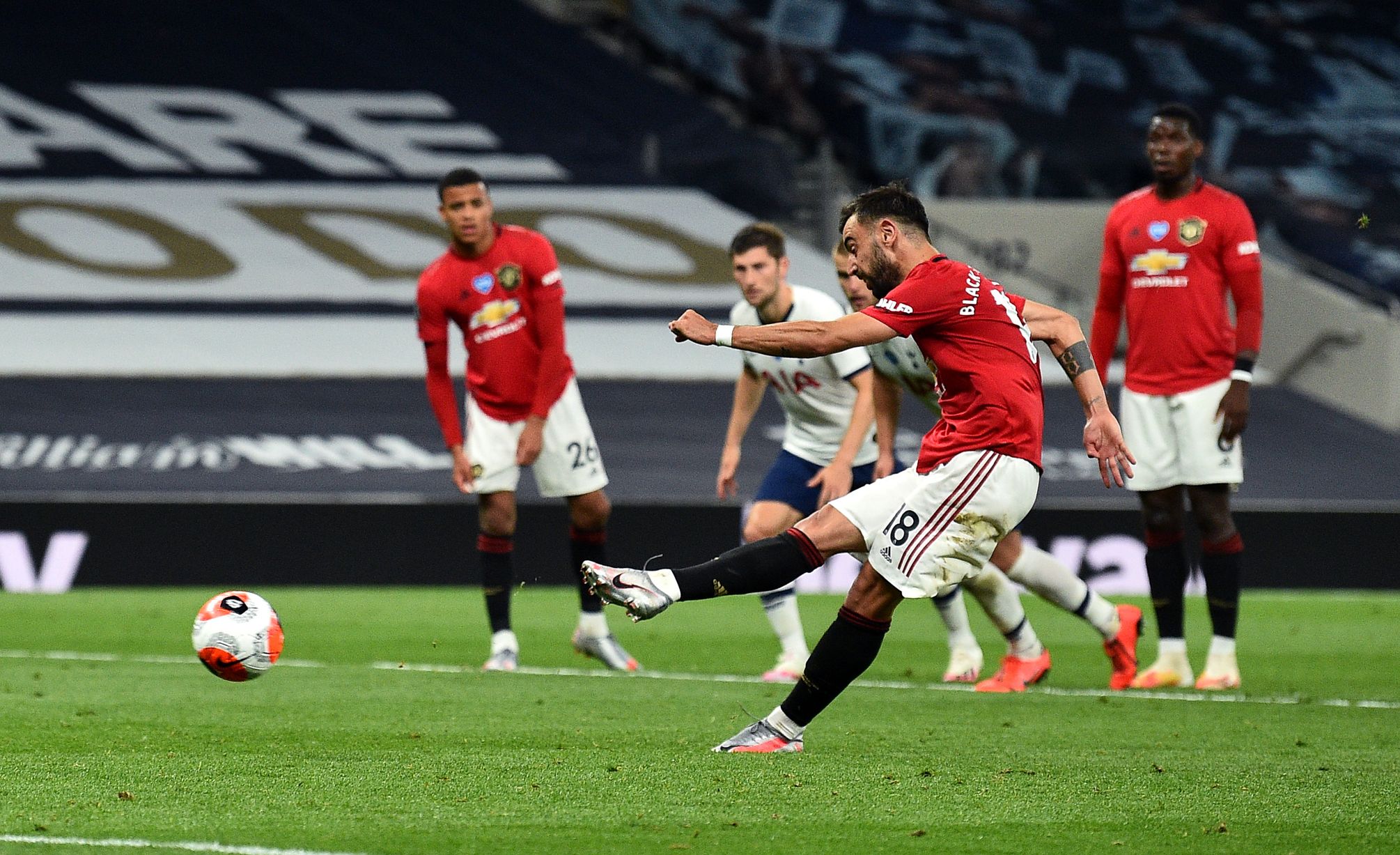 At long last, United are back and regardless of result, we couldn’t be happier!

The last time the teams met was in December and it was Mourinho’s first trip back to Old Trafford since his dismissal almost exactly a year prior. Naturally, he got a warm reception from the fans but was ultimately humbled by a solid performance and a star-showing from Rashford, who had Serge Aurier on toast from minute one. Marcus got both the goals, catching back-up keeper, Gazzaniga, out early from range and despite Dele Alli’s equaliser – who has made a habit of scoring against United – went on to win the game with a spot-kick.

As had happened around the first few fixtures, both teams joined in mourning of those lost due to the COVID-19 crisis and took a knee in solidarity with the Black Lives Matter movement – a touching moment that at least helps put the result and the return of football in general into perspective.

Fortunately for Spurs, they had a much more established keeper this time round, with veteran Hugo Lloris back from injury; Aurier had a much sounder game, and whilst Alli was serving a suspension, Erik Lamela filled the void for Spurs perfectly. The opening few minutes were scrappy, and the Argentine was a big part of that from the off. Whilst plenty looked eager, few looked to have the sharpness to get to the ball and keep it for more than a few seconds, especially with Lamela sewing so much chaos throughout the first half.

Right out of the gate, he looked to be striking up somewhat of a battle with Scott McTominay, who despite busting a gut be first to every ball, was struggling to link the play any further. Rashford and Martial looked to be playing on the shoulder and whilst Bruno was trying, there seemed to be that same old disconnect between midfield and attack. You could argue United looked calm for the first 20 minutes

Rashford had his moments, but Martial looked to be having one of his unmistakable quiet days a criticism that has often been thrown around and looked to have been remedied this season, but not so far today.

The biggest worry of the first half, and arguably the majority of the game was Luke Shaw. On almost every occasion, he struggled to make the right decision as to whether he should stick or twist, more often that not bombing forward or tucking way too far inside, either way leaving the likes of Bergwijn to drift. This continued throughout and although he showed some great intent getting forward, his positing was non existent and often arrived late to try and cover his mistakes.

United’s first real spark came from a hard-fought battle near the corner flag, as Aaron Wan-Bissaka showed his typical agility in strafing left and right, holding on to the ball for dear life before working it to Bruno, who’s instinctive cross nearly saw United take the lead. Rashford’s snapshot was well saved by Lloris.

Shaw enough (pun intended) the left-backs positioning came to light and combined with the defence switching off, Bergwijn was allowed to pick up the ball and easily drift away from Maguire to score in the 26th minute. The shot was powerful, but as Keane summed up in typical fashion at half time, there was no excusing the defence, nor De Gea, who should have done better. It was against the run of play, in truth, but Spurs were in the ascendancy from then on.

Part of the issue was the pressing: whilst there was spells of it, they were only a brief and only one man at a time – that’s not how the move works and it’s been a flaw of United’s for a while. Another struggle was James: he struggled througouht the game physically, to the point that his deperate jostling to win the ball back resulted in him picking up a booking.

Gary Neville also gave a good synopsis at half-time: United may have felt confident coming into the game, but they were ‘no way near competitive enough’. Moreover, there wasn’t enough movement for the first 50 or so minutes and despite the efforts of McTominay, they were still missing most of the second balls by a whisker or two.

Bruno had the first big chance of the second half, skimming the post, but the balance of the game started to tilt back towards United with the introduction of Greenwood, and most importantly, Pogba. His impact was noted right away, finally getting to link up with Bruno and bringing the otherwise invisible Martial into the game with not one but two big chances. The first should have been buried after Bruno’s perfectly timed ball through, but the second was just great goalkeeping.

The midfield got a breather with Lamela’s substitution United were able to establish a bit more central dominance, as Matic and Ighalo joined the party, with Lindelöf limping off. The switch may have helped but what came next was nothing short of individual talent. Now with even more freedom to roam, Pogba drifts out to the right-hand side and pushed to the by-line, against all odds, manages to weave his way into the box and pick up a penalty.

Comfortably converted by Bruno, this was our first real proof of the two benefitting from each other, even if indirectly – it is clear as day that the pair need to start together. What we have been missing in Pogba was immediately reinforced moments after, by a simply sublime long ball, taken on the half-volley that Rashford brings down and nearly turns into a chance.

United continued to plug along with the clock running down and mount pressure on Spurs, as they dropped even deeper. The final 10-15 minutes were great to watch, even if agonising. The improving penetration seemingly earned United another penalty just before injury time, but VAR overturned the decision as it was clear that Bruno was looking for it. The game was nearly won at the death as, similar to Bruno in the first half, Greenwood brushed the post.

It was a delating ending and a night to forget for some players, but perhaps not as bad upon first reaction. We saw glimpses of what’s to come and managed to scrape an away point against a predictably low-block Spurs. It might not have been in the script for Ole, but it was straight out of the Jose playbook. At the end of the day, no matter what, it feels good to be back!