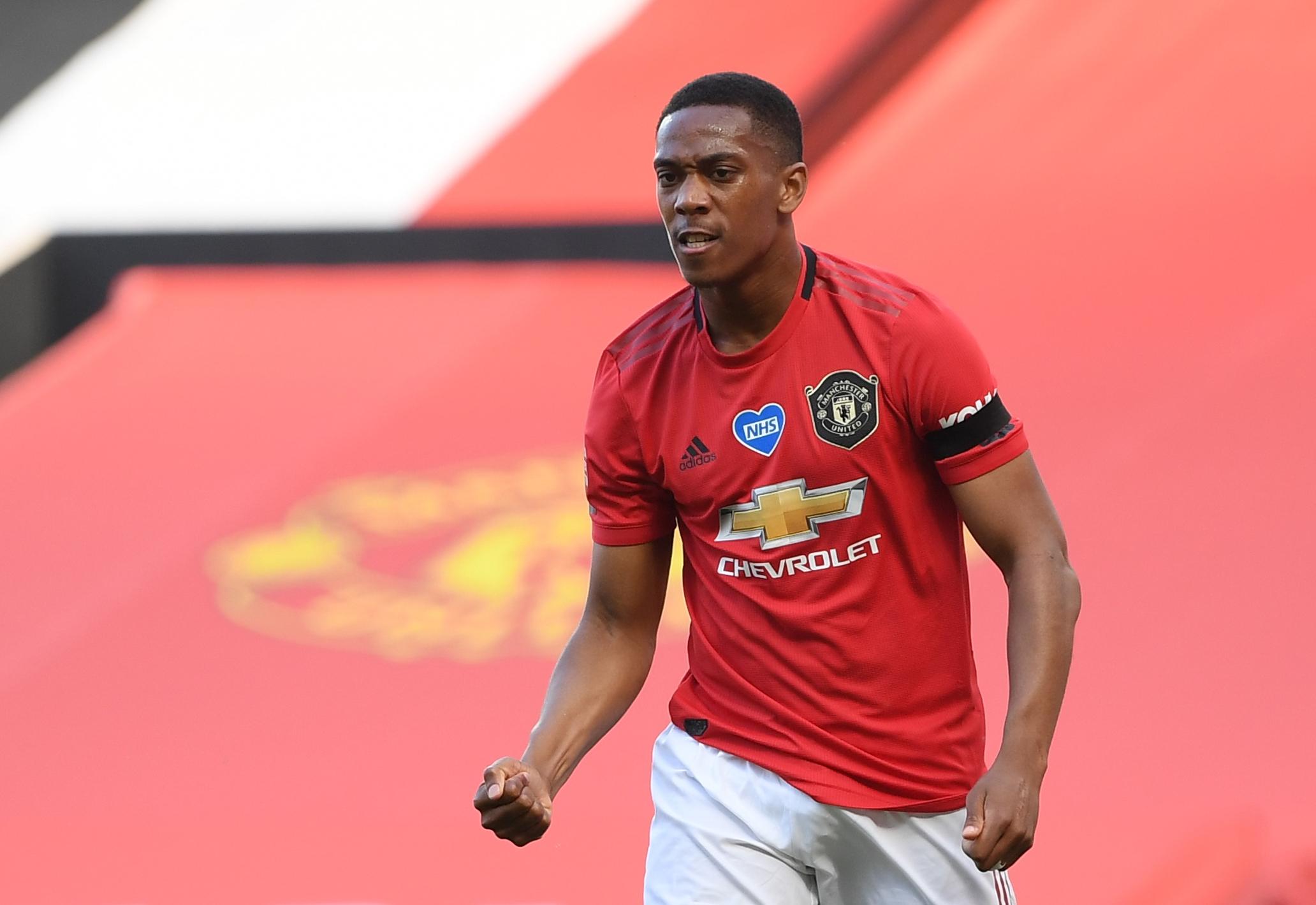 United returned on Friday with a performance that was equal parts promising and disappointing. Despite the result, there was still plenty to take away from the draw against Spurs: sharpness is yet to come, De Gea is human; some defensive positioning still needs work and upon his long-awaited return, Pogba looked hungry. Perhaps the biggest takeaway was getting to see the first real glimpses of the Frenchman’s link-up with Bruno Fernandes, as Reds almost resoundingly agreed that the pair must start together next game – and here we are.

United lined-up with, quite frankly, a ridiculously talented front five of Rashford, Martial, Greenwood and, of course, the two midfield maestros themselves. Greenwood’s inclusion no doubt delighted fans, as he proved much more threatening than James on Friday. The decision to leave the Welshman out is sure to have been a tough one though, as both he and Greenwood were key in that thrilling 3-3 comeback in November and, regardless of form, he is still providing great wide delivery.

Fortunately, the choice felt justified right from off, as the game started very end-to-end, with Greenwood finding himself in that familiar position on the right-hand side and very nearly scoring the opener, perhaps just chucking in one too many stepovers. Luckily, it was soon forgotten.

In the 7th minute, after some hard work from Rashford to take the ball into the box, Martial scored a slightly more difficult than expected tap-in at the near post, as the number ten drilled it at him with some power. The Reds were criticised for starting too comfortably on Friday, but that was not the case this evening as soon went on the hunt for another.

Sheffield didn’t cower though and continued to play bravely, making plenty of moves forward and just not finding any real final ball. United, on the other hand, nearly got their second on the counter not long after, as Martial found himself on the break once again and despite looking like he might try and slot it past the keeper, Moore did well enough to prompt a last-second square pass to Rashford, who struggled to get his feet sorted in time and scuffed it.

United continued to grow in confidence and the interplay between the midfield and three forwards started to really get going. After a great combination between Bruno and Pogba, the ball was worked out wide and put back into the box, as Rashford missed another big chance, swiping at the ball and looking understandably frustrated.

Rashford persevered throughout the half, with his movement being his best quality and still finding great balls in behind for Martial. Bruno was having a similar game: showing the right ideas and trying lots of stuff but just not quite timing his passes right. Pogba, in truth, was the quieter of the two in attacking midfield, but he by no means looked passive.

Maguire thought he’d doubled United’s lead with a header near the back-post, only for it to be ruled out for a push in the back. Credit to the Blades, as United’s proceeded to mount more pressure, they continued to answer back by pushing out and getting into the final third. However, United were happy to allow them a bit of time on the ball and break on the counter.

The only real concerns in the first-half were, once again, Shaw’s positioning as he struggled to hold the line and continued to tuck way too far inside – eventually resulting in Harry Maguire giving him a few choice words— and the usual casualness when lack defending corners. Other than that, United looked fairly calm and only continued to get more creative charged.

Only a few minutes from half-time, United played some very patient football and thanks to the Bruno’s unpredictability, they managed to work another chance as Wan-Bissaka made a great effort to get a cross off a see Martial score his second. Once again, the Reds didn’t rest on their laurels and nearly turned another fluid move into a goal with every one of the front five involved. Overall, even with the chances missed, it was a very strong half from the Reds.

At the start of the second half, however, the balance shifted somewhat and Sheffield looked keep United boxed in; had it not been for Wan-Bissaka diligently covering the box, McBurnie might have got one back for the visitors. United soon ventured out though and regained control around the 50-minute mark.

A surprising amount of attacking intent came from Wan-Bissaka who as well as notching that assist in the first half, was constantly looking to drive down the right flank and even cut inside to get the ball to forwards in good positions.

Just five minutes later, a cheeky nutmeg from Bruno nearly saw Greenwood slot home a third, but unfortunately, it clipped Martial on the way through and just curled around the outside of the post. This was a sign of things to come though as United didn’t let off and proceeded to now box the Blades in, inviting on wave after wave of attack.

At around 60 minutes, even more audaciously than last week, Pogba pulled off a mazey sequence of dribbling to reach the edge of the box and only halting because Martial lashed could try for his first senior hat-trick. Whilst this was Paul’s best moment of the game so far, Tony looked on it all evening – a much more well-rounded performance than on Friday even without the goals.

The only downside so far was that while Shaw persisted in getting high up the pitch, he conversely refused to hold his position or get back when necessary like Wan-Bissaka. As a result, the defensive shape looked warped and with him being so intent on effectively playing as a winger, he was caught out again and picked up a yellow card in the 67th minute. A few minutes later, he conceded another unnecessary corner, trying to bring a stray ball down.

Fortunately, it didn’t matter for long as in the 73rd minute, Anthony Martial scored not only the first senior hat-trick of his career, but the club’s first since Robin Van Persie’s in 2013 under Sir Alex. It was a real team move from United, with Rashford grabbing a second assist and the Frenchman finishing thigs stylishly with that trademark cheeky chip. A moment for Martial FC – and I wholeheartedly including myself it that group!

Even better, the third goal meant five players were comfortably able to make way, allowing the likes of the front five to get a rest as Pereira, James, Mata, Ighalo and Scott McTominay replaced them in a very odd quintuple substitution. Whilst it would be unfair to compare the game to a friendly o the United Tour, this moment did make things feel like the job was done.

Annoyingly, the swathe of introductions was somewhat marred, once again, by Shaw. Whilst I don’t want to lump too much criticism on him, his lack of discipline defensively suddenly turned into a lack of effort, as proceeded to roam around the pitch and ultimately stroll back over to his position, head down and ignoring that play was still going in his vicinity.

But those who were actually present pushed on and in the 88th minute, we nearly saw two of the recent entrants combine perfectly, as James repeated what he did so well in the reverse fixture by beating his man and whipping a ball deep into the box. Ighalo took the ball down well and nearly scored another in his small number of appearances, but was just forced too wide to ever get a real shot off – the last real move before the whistle blew.

A much more satisfying performance and result against a team that I would argue offer plenty more challenge than the current Spurs team we faced last week. The Pogba-Bruno partnership might not be quite firing on all cylinders just yet, but we saw plenty of potential, and Rashford had plenty of chances he’d finish on another day and still managed to get two assists for his efforts.

Although it was never really up for debate, Anthony Martial put in a top number nine performance in every aspect this evening, and having sealed the first hattrick not only for him but in over 7 years for the club, I have no trouble in gifting him man of the match. A wonderful way to make our return to Old Trafford.