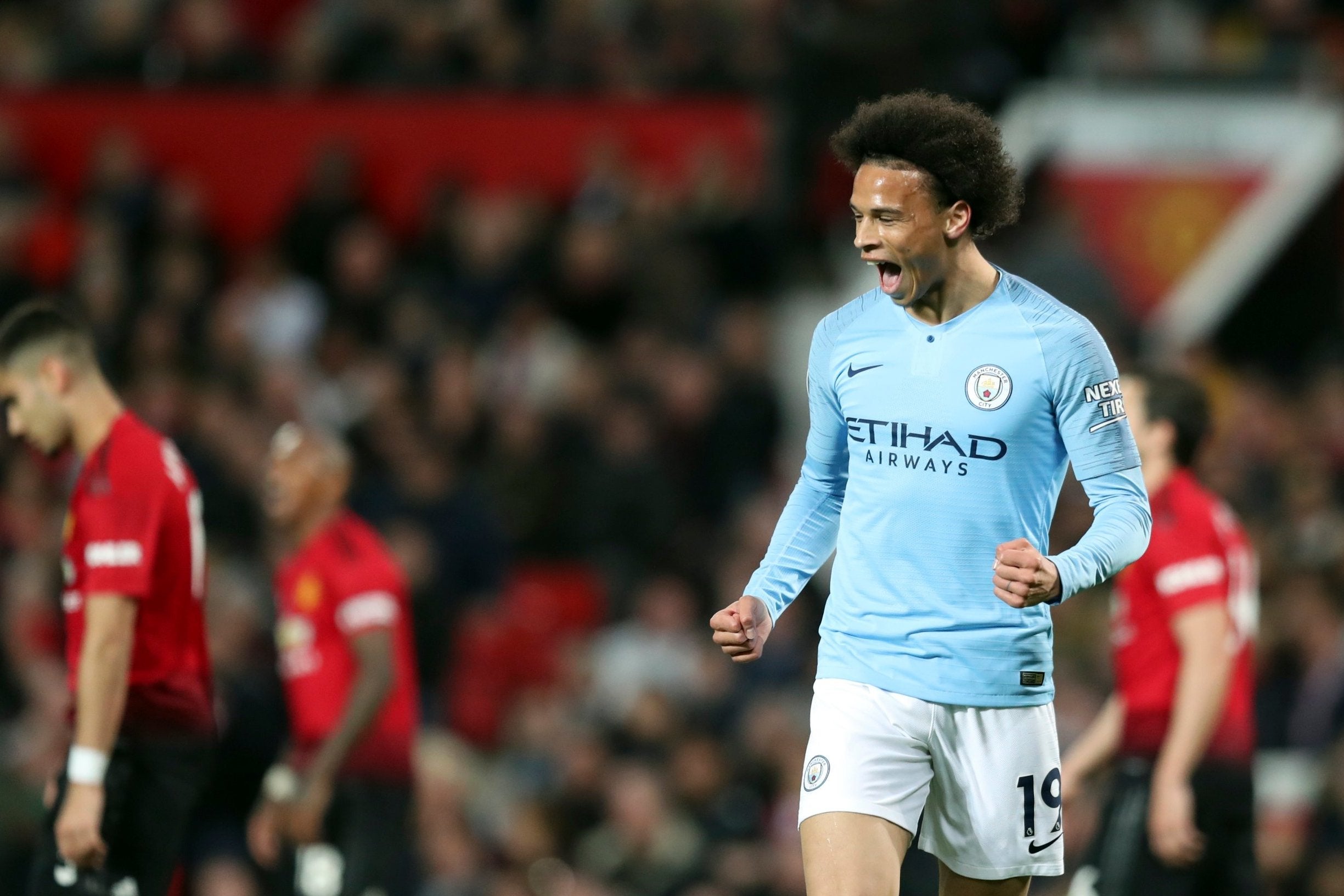 Undoubtedly, Jadon Sancho is at the top of Manchester United’s wishlist with the summer transfer window on the horizon. But with the financial situations of many clubs still very much uncertain, a fellow United legend thinks that Ole Gunnar Solskjaer should try to keep his options open.

According to Pep Guardiola, Sane has already told the club that he wishes to move on in the summer instead of putting pen to paper on a new contract, and Yorke believes that United should at least attempt to try and pull Sane over to the red side.

“If I was to airdrop, the boy Sane at City I really do like,” Yorke told Stadium Astro. “United has got a real good attacking bunch of young players but we haven’t got a left-footed sort of winger. The boy Greenwood is coming to the fore recently, but I like Sane.”

It seems unlikely that Sane would swap Manchester’s blue for red, but that didn’t initially seem like too much of a possibility with Sancho either. And while Sancho will continue to top United’s shopping list in the coming months, Yorke feels that it would be good to express interest in someone like Sane, even just to ‘stir it up.’

“Sancho is obviously up there, but if you can’t get him, why not be brave and go for a player who’s played across next door and cause some stir?” Yorke said. “Just stir it up a little bit. That’s what I would do.

“I know he’s got some injuries but if I was brave, if I was Man United manager at this point in time, that’s the type of person I would go for. He’s had a couple of years in the Premier League, I’ve watched him very closely and I like him a lot. He is probably the quickest out of all of them and he’s really got a good attitude.”

The speculation linking United with Sancho has been very on and off lately. It changes almost daily. One day his head is already in Manchester, hence why he has been left on the bench for Borussia Dortmund’s final two league fixtures, and the next Dortmund aren’t quite willing to sell.

With that hanging in the balance and United in much need of a right sided attacker, it’s going to be interesting to see if Solskjaer does indeed start testing the waters elsewhere.