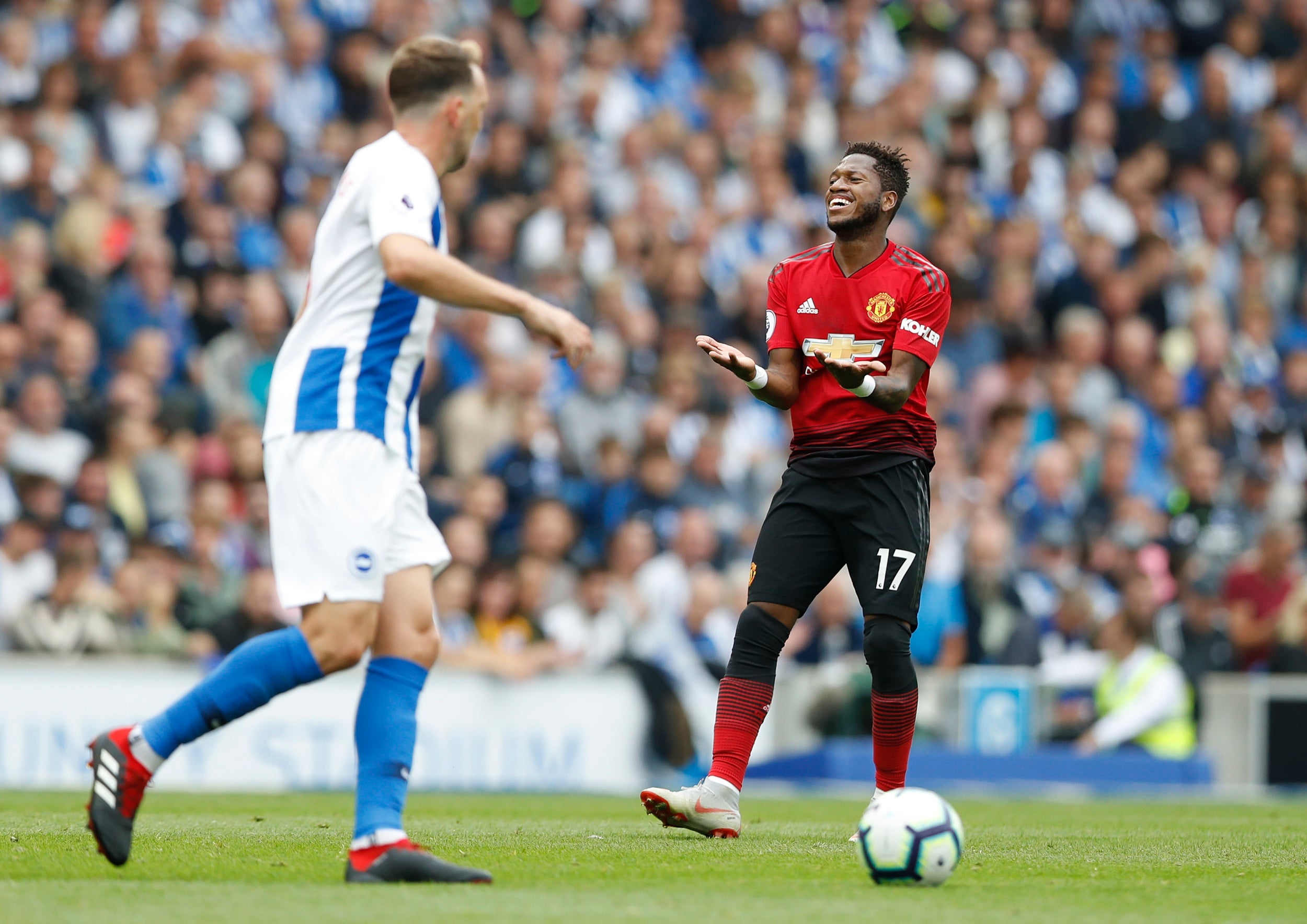 You’d be forgiven if you’ve already forgotten all about United’s last trip to the Amex stadium. Not only was it the sort of performance that you lock away in a distant part of your brain, but it happened nearly two years ago; an unusual length of time for two teams in the same division to go without playing one another at the same venue.

For a reminder for those who have forgotten, three first half goals from Glenn Murray, Shane Duffy and Pascal Groß were enough to down the reds who were so lacklustre that many thought it would signal the end of Jose Mourinho’s time at the club. As it was, Jose hung on for another four months, however, this was arguably his United side’s worst performance of all – but that’s a debate for another day.

With the reds heading back to the Amex on Tuesday, we’re taking a look at the starting 11 and substitutes bench from our trip there in August 2018 to see how far certain players have progressed or regressed since the 3-2 defeat.

Luke Shaw – Thanks to the emergence of Brandon Williams, Luke Shaw is a better full back than in August 2018. However, he’s still far from the finished article, and thee left back is still a weak spot for United. Although United were imperious last time out against Sheffield United, we still looked vulnerable down Shaw’s side and captain, Harry Maguire, had to give him a verbal kick up the backside towards the end of the first half.

Ashley Young – Harshly treated by sections of United’s support towards the end his reds’ career, but should never have been playing full back for Manchester united, especially not in a back four like on our last trip to Brighton. Young was an honest pro who would give his all when called upon but was rightfully moved on by Solskjær in January. The £50m United spent on Aaron Wan-Bissaka was money well spent with the former Palace man improving United’s defensive stability tenfold. With signs of his attacking play improving too, the right back position is arguably our biggest upgrade from August 2018 to now.

Victor Lindelof – Lindelöf was starting his second season at United after a less than convincing debut season and was poor in the 3-2 defeat. He’s, largely, gone from strength to strength ever since and is a far better defender now than he was back then, even if there are still some doubts about his physicality, or lack of. He’s forged a solid partnership with Harry Maguire and is almost a certainty to partner the skipper at the back on Tuesday night.

Eric Bailly – The man, who for me, gets a better reputation when he doesn’t play (which is often). All of Bailly’s flaws were in full view on our last trip to the south coast, with it all culminating in a ludicrous challenge in the box to give away a penalty just before half time. Has Bailly improved since then? Honestly, I don’t know. Sometimes he looks like he has the all the tools to become an elite centre back; he’s aggressive, quick, and can read the game well, but then on other occasions he looks no better than Phil Jones. Few can doubt that we are in better shape with Maguire at the heart of the defence, even if the Englishman has made a few mistakes himself this season.

Paul Pogba – Pogba was playing on the back of the best summer of his career after helping France to World Cup glory in Russia and had started the season well; scoring after just three minutes on the opening day. It goes without saying that Pogba has all the ability and talent in the world; he can do things no other central midfielder can. On the whole, Pogba has looked far more comfortable playing under Ole compared to Jose and has been a joy to watch in both games since the restart. I’d certainly rather have this version of Paul Pogba than the one we saw all too frequently under Mourinho and his budding partnership with Bruno Fernandes is certainly cause for excitement.

Fred – The difference between the Fred we have now, who for me has been our player of the season, and the one who we saw last time out at the Amex is like chalk and cheese. Unable to trap a ball, unable to make a pass and unable to make a tackle, for a while it looked like Shakhtar had sold us a dud. What we have now is a dynamic box to box midfielder who can break up play, carry the ball forward and around players, and play the ball through the lines. The fact the player I just described isn’t nailed on to start on Tuesday night is testament to the midfield that Ole Gunnar Solskjær has built in just 18 months.

Andreas Pereira – I don’t want to be too harsh on Andreas, so I’ll keep it short and sweet. He just isn’t Bruno Fernandes, is he?

Juan Mata – Juan Mata starting on the right of a front three has always seemed a waste of the Spaniard’s talents and the thought of him playing there now is, well, unthinkable. He’s been a good player over the years, even if he hasn’t quite reached the heights he did at Chelsea but is likely to be moved on in the next 6-12 months. As for the options at RW now, the position is likely to be taken up by either Mason Greenwood or Daniel James. James has come under some unfair, over the top criticism as of late but Greenwood is the better choice from the start, especially against a manager who knows James’ game so well. In truth, RW is still a problem position for United and one that they will surely look to resolve in the coming months.

Romelu Lukaku – Lukaku was, and still is, a proven goal scorer. He came back from the 2018 World Cup in bad physical shape but was still the preferred option up front due to his ability to play as a target man. However, when Solskjær took over it was clear that he wanted more than a target man, which is ultimately what led to the Belgian’s departure to Italy. The removal of Lukaku as the focal point of our attack and the introduction of Martial hasn’t always been a smooth ride. Despite always fancying himself as a central striker, Martial has had to adapt his game to be able play with his back to goal and he still has a way to go, but there’s no doubt that we play more fluid football with the Frenchman up front. A shoe in to start on Tuesday after his hat trick against Sheffield United.

Anthony Martial – Operating on the left of the front three because Mourinho refused to play him up front under any circumstances. While Martial has converted into a number 9 in the past two years, Marcus Rashford has developed into an elite inside forward off the left. Although the Wythenshawe born forward has yet to find his form since the restart, he’s arguably our best attacking outlet and the first name on the team sheet. Certainly better than Martial off the left, offering more pace, runs in behind and more of a willingness to help out going towards his own goal.