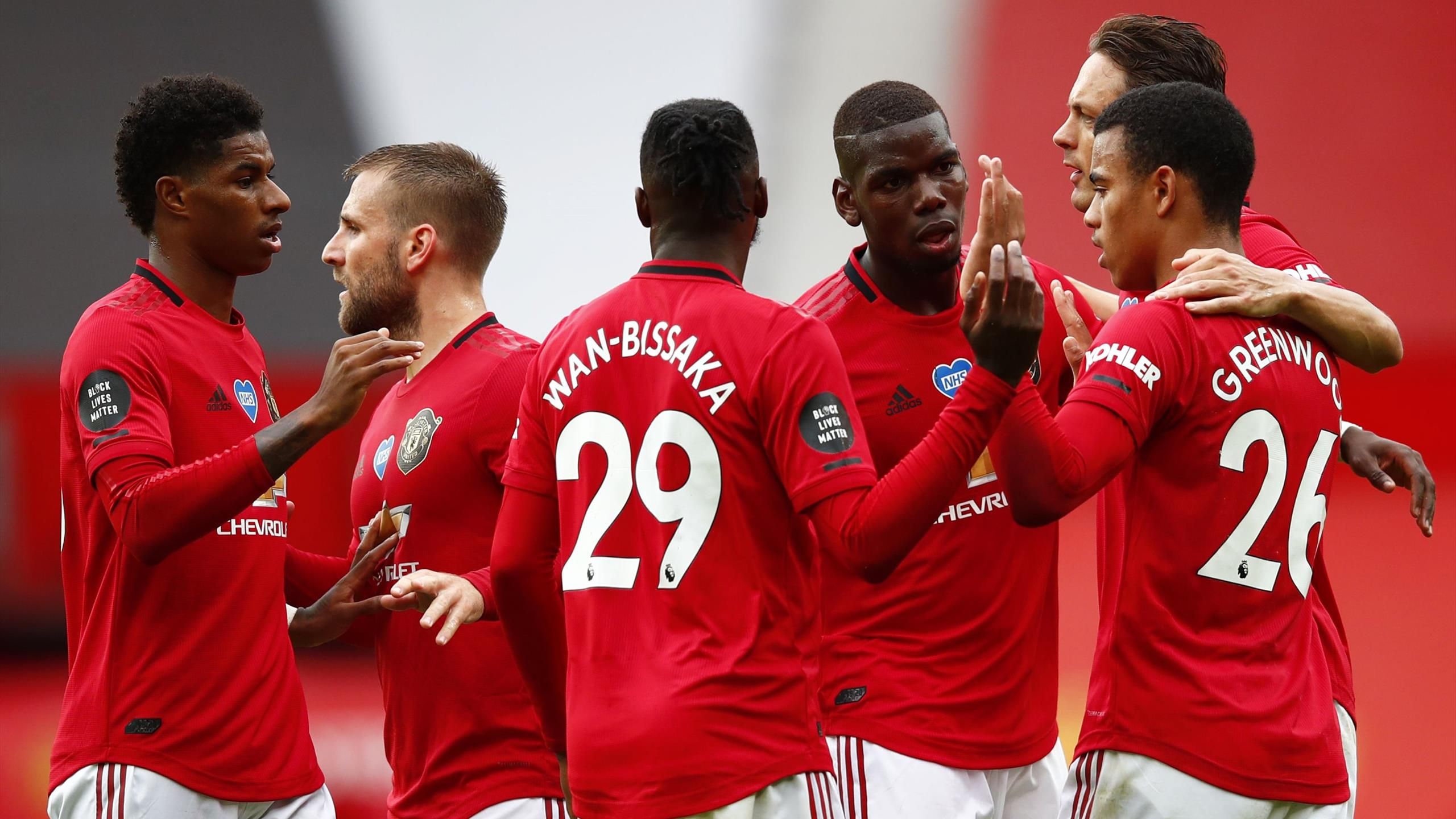 It wasn’t pretty at times, but United’s potent attack prevailed yet again as the Reds brushed aside relegation strugglers Bournemouth 5-2.

With the Premier League run-in looking favorable to Ole Gunnar Solskjaer’s side on paper, United desperately needed to keep their red hot form going on Saturday against the struggling Cherries.

Eddie Howe’s side came into this fixture in poor form and having just conceded four at home to Newcastle which boded ever so well for United’s newfound attacking prowess.

Solskjaer had the comfort of going with an unchanged XI for a third consecutive match for the first time since 2006, further demonstrating United’s progression as a clear best XI has seemingly now been identified. But in spite of United strolling out onto a cloudy Old Trafford pitch full of confidence and unbeaten in 15 in all competitions, the early stages of the match were shaky to say the least.

United looked a little stiff and unsure at times, particularly at the back, and perhaps a wake up call that eventually came in the form of a goal for Bournemouth was something that the Reds needed in order to get to the races.

The Cherries went ahead after a quarter of an hour after an excellent solo effort from Junior Stanislas. The winger collected a loose ball inside United’s area before nutmegging Harry Maguire and drilling it into the net, beating David De Gea on the near post. It’s safe to say that the back line could have done a lot more to try and prevent going behind.

United’s passiveness inadvertently led to another test for Solskjaer’s side. It was all well and good when they were dominating games and going ahead first. Now, it was time to see how the team reacts as a whole to going behind. It was arguably needed. A test of character and the collective winning mentality.

The hosts responded excellently. United got right back on the ball and looked way more intent on penetrating the Bournemouth low block. And eventually, the seemingly impermeable back line started leaking again.

The in-form Mason Greenwood brought United level in the 29th minute with a powerful low strike on his left foot after being found by, surprise surprise, Bruno Fernandes on the far side of the visitors box. Aaron Ramsdale could have perhaps done better with that one, like his United counterpart earlier, but the shot from Greenwood had a lot of venom in it, forcing it to break the goalkeepers palms.

From then, it looked like weight had been lifted off United’s shoulders. You just had the feeling that more goals were coming — and they did.

United’s second came through Marcus Rashford’s confident spot kick following a handball by a Bournemouth defender. A much needed goal for United’s No. 10 who has looked a little dubious in front of goal since the restart.

The Reds found the net one more time on the brink of half-time to round off a much improved performance though a wonder strike from Anthony Martial. Following a relatively quiet away day at Brighton and an anonymous half of football prior to the goal, Martial’s raw talent shone through once again. After being found by Bruno on the left, the Frenchman went on to cut inside and unleash a trademark right footed curler straight into the top corner.

That brought the game into the interval and it felt like Solskjaer’s men would be cruising from there. But it was not to be.

Eric Bailly’s half-time introduction in place of a hurt Victor Lindelof brought a little chaos into the backline, gifting Bournemouth an early penalty following a calamitous sequence of play. Former Red Josh King brought the visitors level from the spot and out of nowhere, a game that seemed like a foregone conclusion was once again competitive.

But once again, United bounced back. The Reds regained their composure and reclaimed the foothold in the game right away. The Cherries enjoyed being in reaching distance of the hosts for five minutes before another solo moment of brilliance from Mason Greenwood gave United breathing room in the 54th minute.

It was a wonderful right footed strike that arrowed into the top corner from the opposite side of the box this time, further demonstrating the 18-year-old’s tremendous talent. That was his second of the game and 15th of the season.

United then went on to put the icing on the cake just four minutes later as Bruno rounded off the scoring with a perfectly placed free-kick from just outside the box. That goal also rounded off another spectacular performance from the Portuguese midfielder as he added the goal to his two assists and extended United’s unbeaten run since his transfer.

That character testing victory now puts United into the top four for the time being, a point ahead of Chelsea who host Watford later, and still three off Leicester who the Reds are still yet to face again this season.

United’s front three of Greenwood, Martial and Rashford now sit on 55 goals between them this season in all competitions, and Solskjaer’s free flowing offense is looking more potent with every coming game.

Next up, a testy Thursday night trip to another side battling relegation in Aston Villa where Solskjaer’s attack will likely once again be tasked with breaking down a stubborn army of defenders.